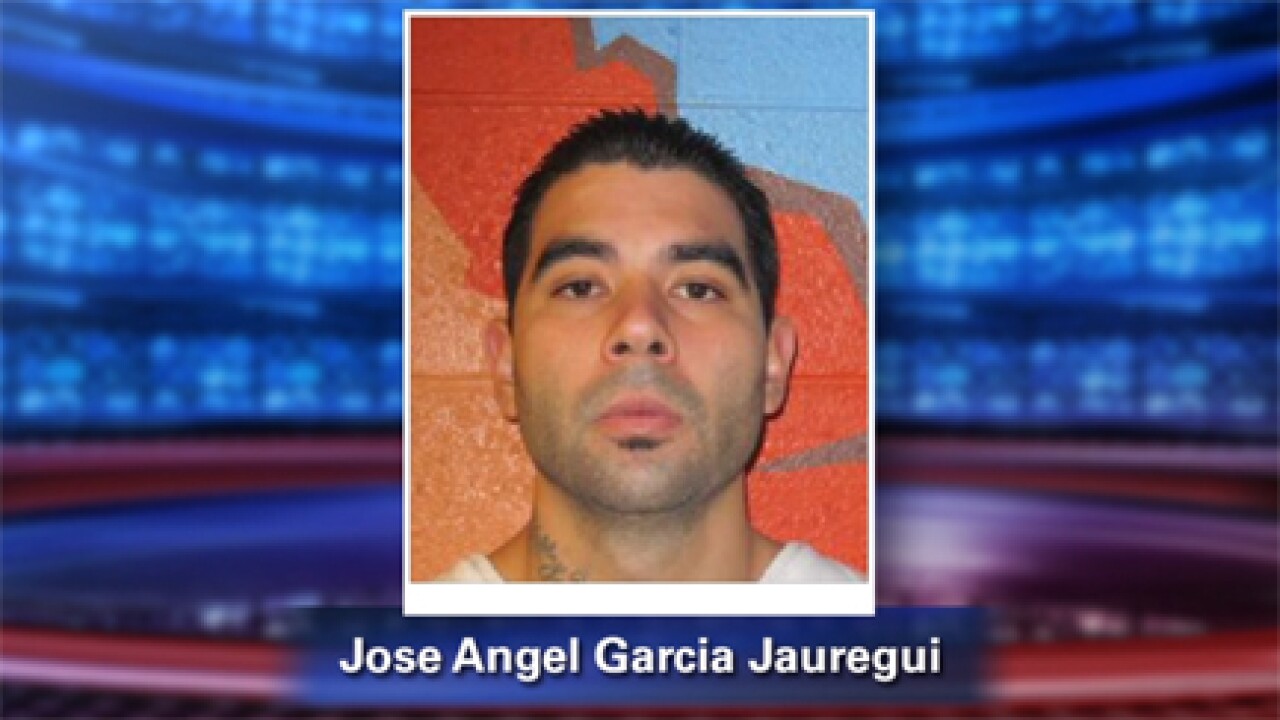 PROVO -- A man police suspect killed one Utah County Sheriff's deputy and wounded another has died.

In a news conference Friday, Utah County Sheriff Jim Tracy announced the death of 27-year-old Jose Angel Garcia-Jauregui, who had been shot in a "gun battle" with Juab County authorities in Nephi.

Click here for more details about the alleged shootings.

Police said Sgt. Cory Wride was shot and killed Thursday in Eagle Mountain after he approached a pickup parked on SR-73. After shooting Wride, Tracy said, the suspect fled and was spotted by Utah County Sheriff's Deputy Greg Sherwood in the Santaquin area. The suspect then opened fire, police said, hitting and wounding Sherwood. Sherwood was taken to a hospital with a head wound.

His prognosis is good, Tracy said.

Garcia-Jauregui continued to flee, police said, and he crashed into a vehicle near Nephi. The suspect opened fire and carjacked a car with a mother and child inside. Officers confronted him on I-15 and another crash ensued and a gun fight followed.

At a home where Garcia-Juaregui was last believed to be staying in Draper, the people there refused to talk to FOX 13. Neighbors they had seen him there in recent weeks.

Jauregui had been paroled from prison in 2012 after serving four-and-a-half years for attempted murder and aggravated assault, corrections officials said.

According to court documents obtained by FOX 13, Garcia-Jauregui was at a party in Provo and got into a fight with another man when "the two became upset with each other at the rhymes (rap phrases) being said to each other and wanted to fight each other."

The altercation calmed but reignited on the drive home, which is when prosecutors alleged Garcia-Jauregui "stabbed (the victim) approximately 21 times with a Phillips screwdriver."

The shootings took place on Thursday.