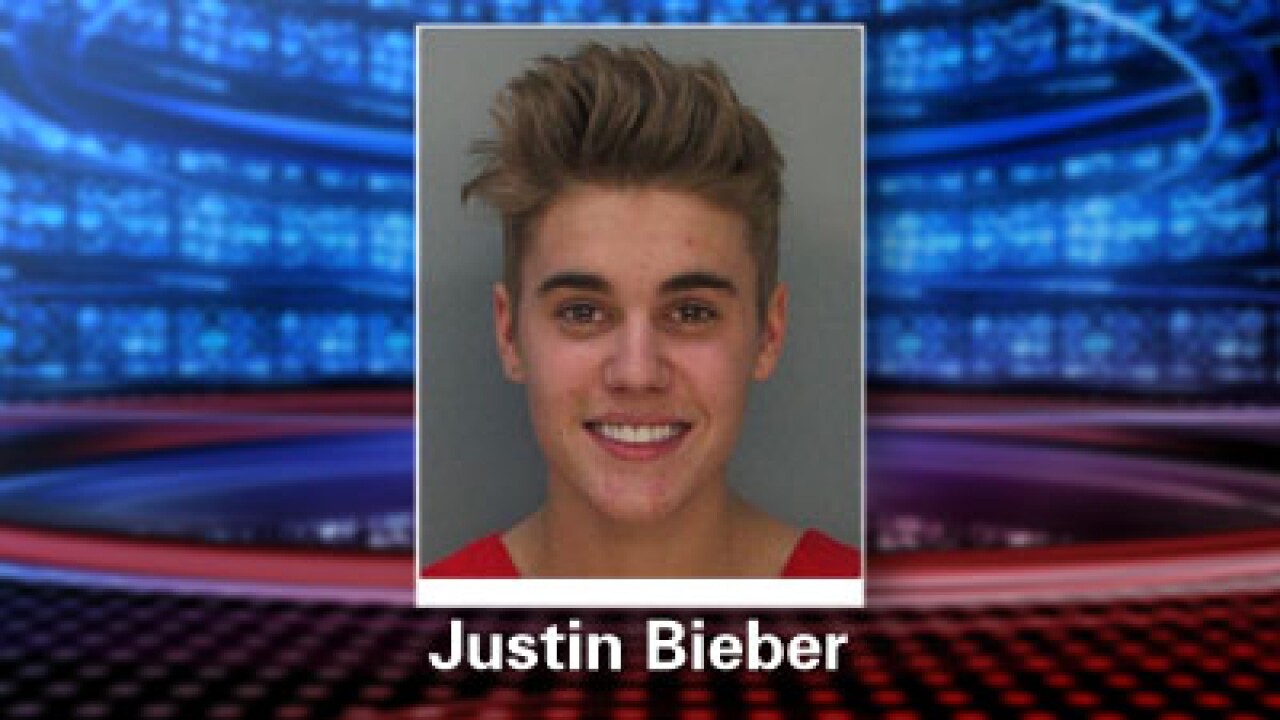 FILE: Justin Bieber in 2014 after an arrest in Miami Beach.

TETERBORO, New Jersey (CNN) — Pop star Justin Bieber was granted re-entry Friday into the United States following a search of his private airplane by federal officials who said they detected an odor of marijuana after it landed in New Jersey, a law enforcement official told CNN.

The plane carrying Bieber and others — presumably his entourage — was clearing customs after touching down at Teterboro Airport when U.S. Customs and Border Protection officers said they detected the odor, law enforcement sources said.

Drug-sniffing dogs were used to search the plane, according to one of the sources. But no sign of drugs were detected and no illegal substances were found, the source said.

Bieber’s interview was described by another law enforcement source as one that is carried out for anyone entering the United States, and that it can take 10 minutes or 10 hours. The interview is routinely conducted to ensure people entering the country are in compliance with U.S. law, the source said.

Bieber was interviewed for several hours before being cleared to enter the United States, said the official with direct knowledge of the matter. The official spoke on condition of anonymity.

The plane that Bieber arrived in sat on the airport tarmac for at least four hours, and CNN saw law enforcement officers getting off the plane.

News of the search comes just days after authorities released police documents that accused the 19-year-old singer of being under the influence of alcohol, pot and Xanax when police stopped him for allegedly street racing in Miami Beach last week.

The origin of the flight was not clear Friday night. This week, Bieber was booked on an assault charge in Canada, accused of hitting a limousine driver in Toronto a month ago.