Details in Utah Co. shootings released, suspect had been paroled in 2012 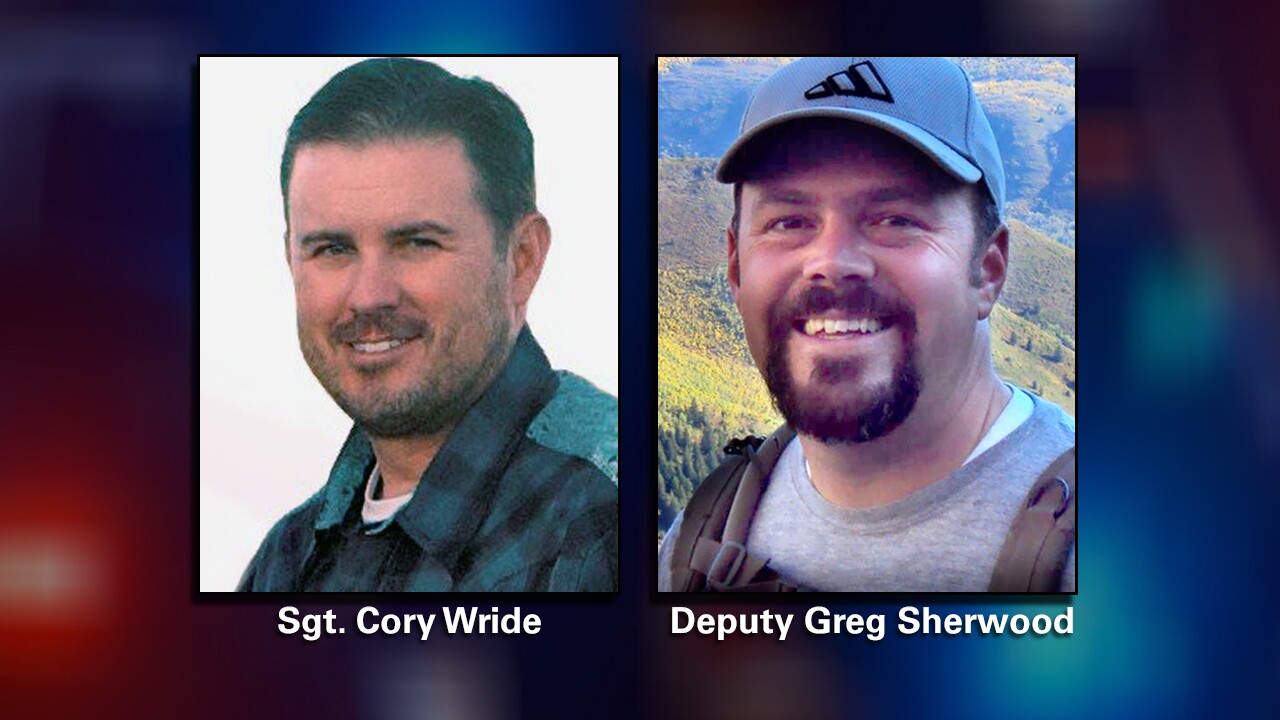 According to Utah County Sheriff Jim Tracy, Sgt. Cory Wride saw a pickup truck parked on the side of SR-73 in the Eagle Mountain area.

The hazard lights on the pickup truck were flashing, so Wride made a U-turn and parked behind it.

Investigators determined Wride was in the process of looking up information on the suspect, who was identified as 27-year-old Jose Angel Garcia Jauregui, and the vehicle he was in nearly 20 minutes before he was shot and killed.

A board of pardons had issued a warrant for Juaregui on Wednesday, making him a fugitive at the time of the shootings, but Wride had not been able to determine Jauregui was a fugitive before he was shot, Tracy said.

According to documents from the Utah Board of Pardons and Parole, Juaregui was paroled from prison December 4, 2012 after serving five years for attempted murder and aggravated assault in connection with an incident that occurred in 2007.

The charges stemmed from an argument that began at a party and continued on the drive home from that party. Juaregui allegedly struck the victim and stabbed him repeatedly with a screwdriver, according to the document. "Excessive alcohol was involved," and the suspect later claimed he was acting in self defense.

According to Tracy, the dashcam video shows the suspect opening a sliding window at the rear of the pickup, then shooting through the open window at Wride.

Early indications that Wride was ambushed do not appear to be correct, Tracy said.

Investigators determined Wride did exit his vehicle and interact with Jauregui and another suspect, an unidentified minor female, at some point during the incident.

After the shooting, the suspect proceeded to the Santaquin area, where he was spotted by Dep. Greg Sherwood, who initiated a brief high-speed chase.

"When our deputy initiated the overhead lights [...] to make a stop, the suspect vehicle began to speed away and that's when our video shows that our deputy was clearly behind him," Tracy said. "It did not last very long, just a matter of seconds."

The suspect opened the sliding window again, Tracy said, and opened fire on Sherwood at the intersection of Main St. and Center St. in Santaquin.

Sherwood sustained a head injury and was taken to Utah Valley Regional Medical Center for surgery.

"As far as a medical condition update on Deputy Sherwood, he is still in critical condition with a head wound," Tracy said. "His prognosis still seems to be very good. He was conscious. We were able to visit with him last night, family members and some of the deputies."

The suspect then went south on I-15 and was involved in a crash with another vehicle in the Nephi area.

Tracy said the suspect encountered several people after the crash and opened fire before hijacking a vehicle.

“At this point, we don’t believe anybody was hit in that third location,” Tracy said in a press conference Thursday evening.

The suspect continued south on I-15 and encountered some sheriff’s deputies from Juab County and was involved in another crash.

“He was engaged by the deputies of Juab County and another firefight ensued and the suspect was critically wounded,” Tracy said.

Officials announced Friday the suspect had died due to his wounds.