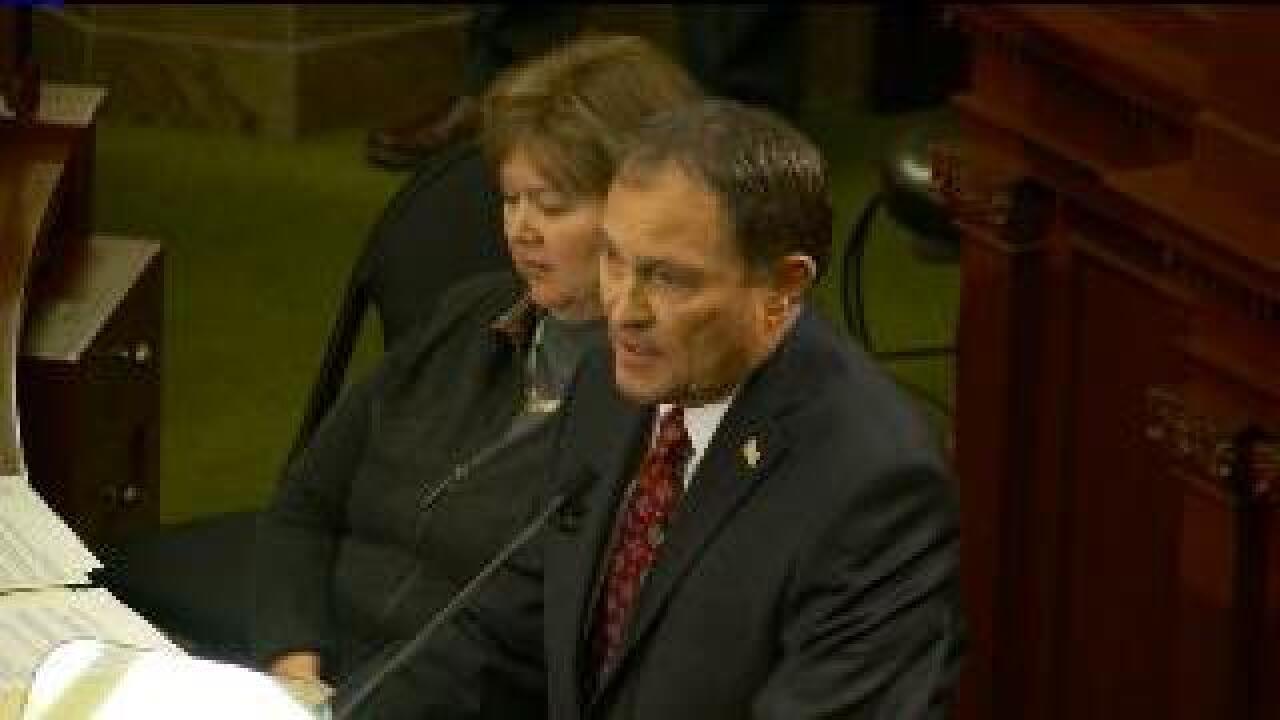 SALT LAKE CITY -- From education to Utah's pollution problem and a booming population, Governor Gary Herbert covered a variety of topics as he delivered his State of the State Wednesday night.

Herbert said his speech, which can be seen in its entirety here, wasn't about touting the state's many successes but about addressing Utah's toughest issues.

One of them: how to improve the state's bad air, immediately. Democrats on the other side of the aisle were surprisingly pleased his speech.

"We have some challenges we must confront," Herbert said during his speech inside the House of Representatives at the Utah State Capitol.

Three challenges were highlighted during the speech, population growth being one of them. Utah is now the second fastest growing state in the country. Next was funding education, and this year Herbert called on the legislature to give teachers a pay increase.

"Because of our success in growing the economy in challenging times, my budget contains an additional $61.6 million to increase teacher compensation, the largest increase since 2008," he said.

That's about a 2 percent raise for every teacher if lawmakers give the green light. The state's third challenge, Herbert said, is finding solutions for Utah's bad air.

"Tonight I call on the air quality board to limit wood burning in non attainment areas during our entire inversion season," he said.

Along with calls to action on wood burning, he's asking old school buses be replaced with lower emission vehicles. He also wants to accelerate the state's transition to cleaner cars.

Democratic Senator Patricia Jones represents District 4 and is the Assistant Minority Whip, and she spoke to FOX 13 News after Herbert's remarks.

"I though it was a good speech," she said. "I know they expect us to throw darts when the governor gives a State of the State."

Democrats who are often critical of Utah's Republican Governor instead applauded him, including Rep. Patrice Arent, D-District 36.

"I am very glad the governor is taking air quality seriously, he came forth with some serious proposals ...that's just part of the picture," Arent said.

More applause also came from lawmakers inside the House chambers during the speech after Herbert made a statement about standing up for Amendment Three.

"Let me be clear, that while I support traditional marriage and will continue to defend Amendment Three, there is no place in our society for hatred and bigotry," he said.