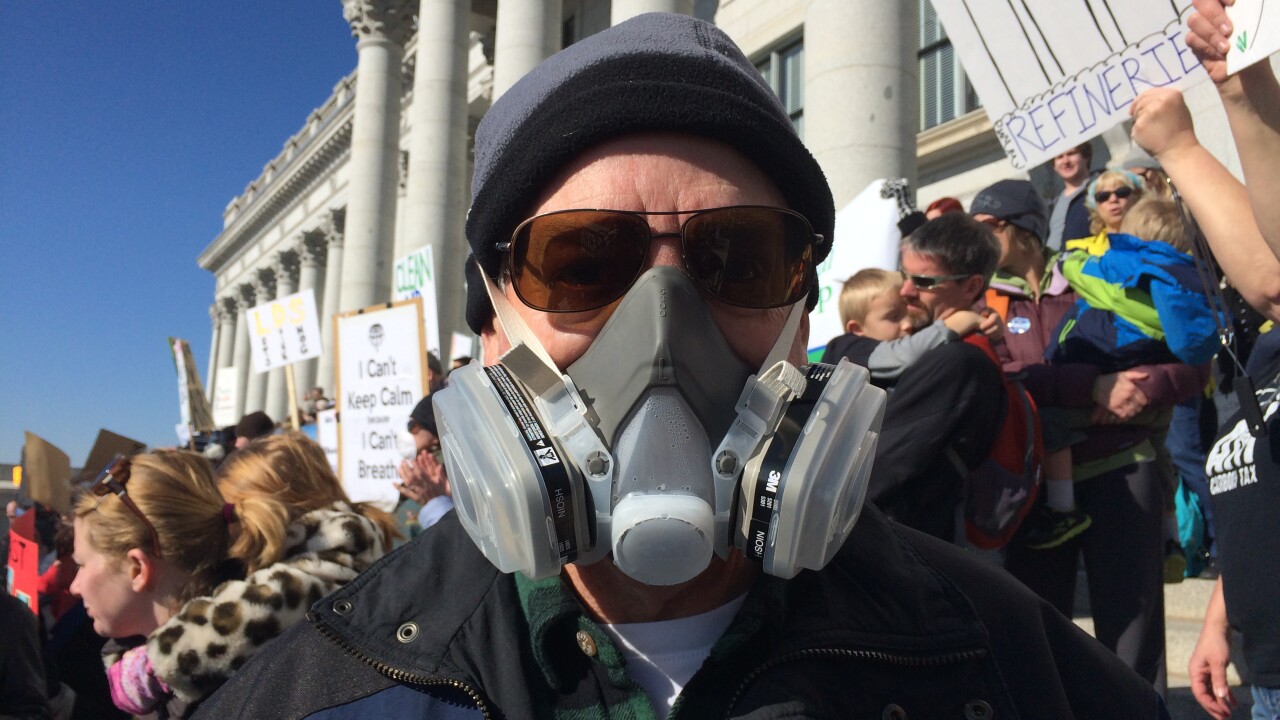 SALT LAKE CITY -- More than 5,000 protestors, many wearing gas masks and carrying signs, gathered on the steps of the state capitol building Saturday to demand clean air action in the state.

The protest signs read "health before wealth" and "Utah air makes me sick."

People in the crowd said they've waited for years for the air to improve, but now they want to do something about it.

“This is a big, big loud message to the legislature that we want action now, and we are watching very closely,” said Cherise Udell, who is the founder of Utah Moms for Clean Air.

The crowd was made up of several different interest groups, some pushing for natural gas, while others consider themselves activists against industry, but the vast majority of protestors were just people concerned about the air they breathe.

People in dust masks said they can feel the bad air affecting their lungs, causing headaches and prolonging their illnesses.

“My oldest son Gavin, he has asthma and he didn't have asthma until we moved to Utah a couple years back,” Protestor Tracy Proffitt said.

Protestors said the timing is right to speak up, as the legislative session is just days away.

FOX 13 News' Ashton Goodell and Todd Tanner provided team coverage of the rally and the reactions of various leaders, check out the videos above for their reports.