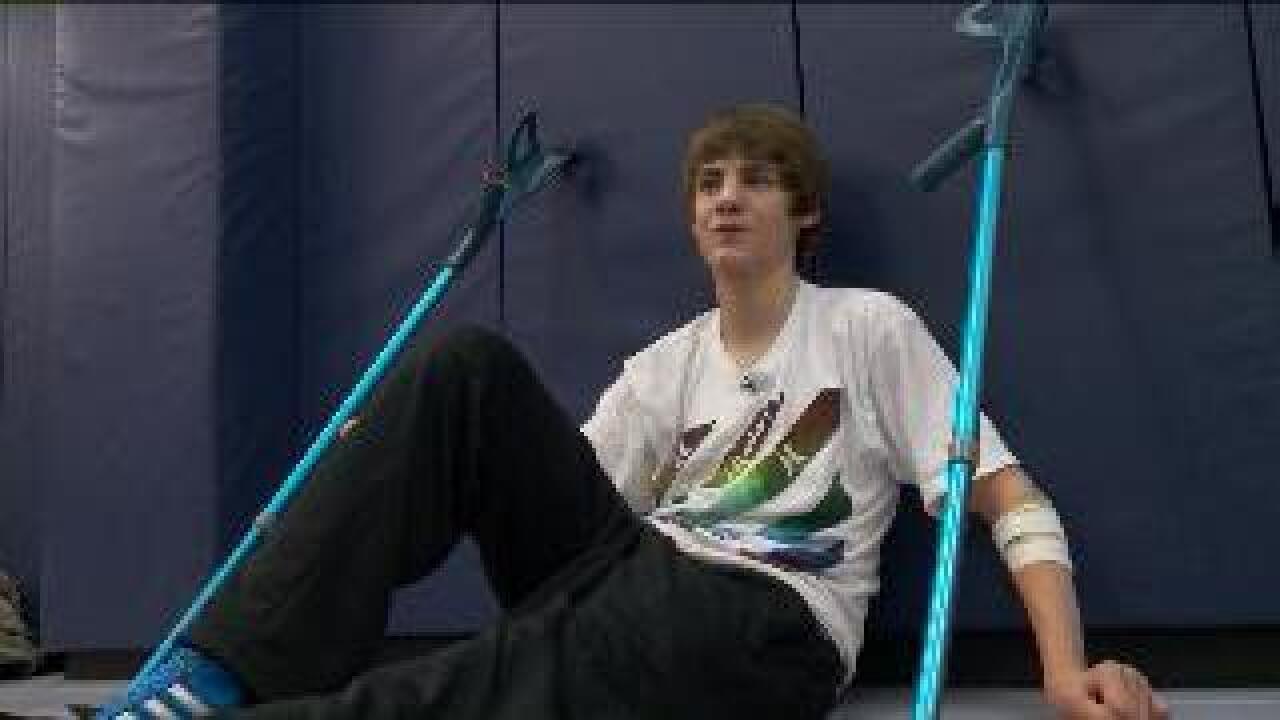 WEST JORDAN -- A high school wrestler will return to the ring after a paralyzing gunshot wound had doctors questioning if he’d ever walk again.

It’s been a long road back to the wrestling mat for Chance Sackett, but the 17-year-old’s story is one of tragedy and triumph.

There was no class at Copper Hills Monday, but there was wrestling practice.

Wednesday will be the team’s final home meet of the season – it’s also the first time Sackett, a senior, will return to compete since being shot in the neck two years ago.

“My dad was cleaning the gun and it was an accident, it went off and hit me,” Sackett said.

The teen was in the hospital for months. Doctors said he’d never walk again – but he and his coaches had other plans.

“There were people telling me everything that ‘it’s gonna happen, you just gotta work for it,’” Sackett said.

After spending his entire junior year in a wheel chair, Sackett started walking again with crutches. His progress and the support of his teammates brought him back to the wrestling mat.

“It’s the initial thing for me as a coach to drive and push every kid,” Humphreys said.

Sackett’s teammates have put extra hours into practice to get him ready for their final match.

“I thought it was awesome,” said teammate Hunter Hatch. “I was all for it – I was excited.”

The match will take place in the school gymnasium at 7 p.m.