Residents upset after black plumes of smoke pour from Stericycle 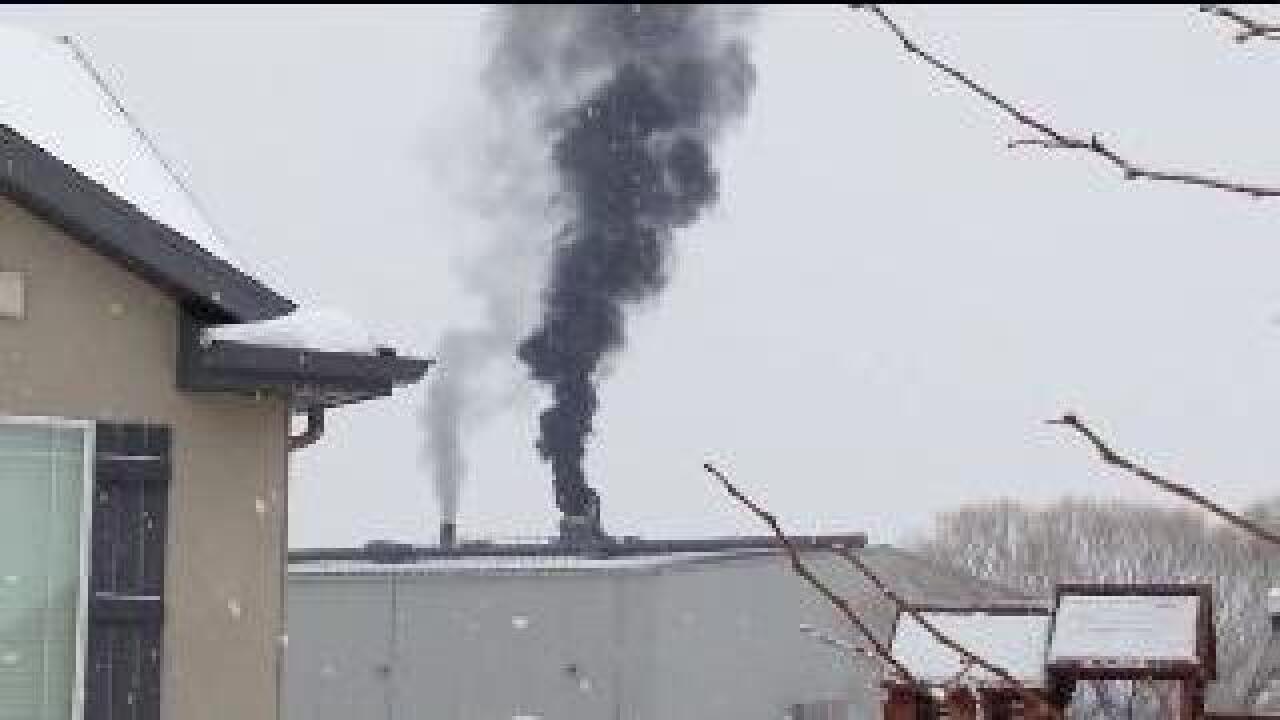 NORTH SALT LAKE, Utah -- A plume of smoke coming from the controversial Stericycle plant on Thursday afternoon has local residents calling for action.

Rebecca Hubrich can see the plant from her backyard, and she spoke about the smoke.

“We are documenting these because it’s unhealthy,” she said.  “It’s unsafe. We don’t want this around.”

Hubrich came home to see the potential toxins flowing from the facility’s by-pass stack, which diverts emissions out of the building when there is an equipment malfunction. She decided to pull out a camera and start filming until it stopped.

As a member of the grassroots group, Communities for Clean Air, Hubrich and her neighbors have been trying to push Stericycle out of their neighborhood for nearly a year.

Alicia Connell started a push on Facebook to get Stericycle to relocate, and she said this is just the latest reason the company should go.

“This is clearly showing that they are not healthy for our neighborhood,” she said. “The power goes out, and their whole system shuts down. Clearly, they do not have control over their own company.”

The pollution controls were back in place less than 15 minutes after the outage, according to the Utah Division of Air Quality. However, the waste that had been burning in the incinerator billowed out of the plant for nearly 5 minutes.

Bryce Bird of the Utah Division of Air Quality described the emissions.

“It’s mostly carbon, that’s why it was black, the plastics, the papers, the things like that,” he said.

The uncontrolled emissions likely weren’t harmful in such a short span of time, but the agency also does not consider them to be acceptable. Under new requirements, Bird said Stericycle must have enough generators to power the facility completely, should there be an outage. They will have to comply with the upgrade by October of this year.

“Without the air pollution controls that we’ve required, that’s what the emissions from that process would look like all the time,” Bird said.

Stericycle has been under public scrutiny since May 2013 when the DAQ stated it had made multiple violations of its air quality operating permits. The company has since contested the allegations. Stericycle did not return any calls to FOX 13 News on Friday.

“On an annual basis, of course, if it operated like that it would be a huge concern,” Bird said. “But the majority of the year, it is well controlled. The emissions are very low the rest of the time.”

But for its neighbors, it doesn’t look that way, at least from their view.