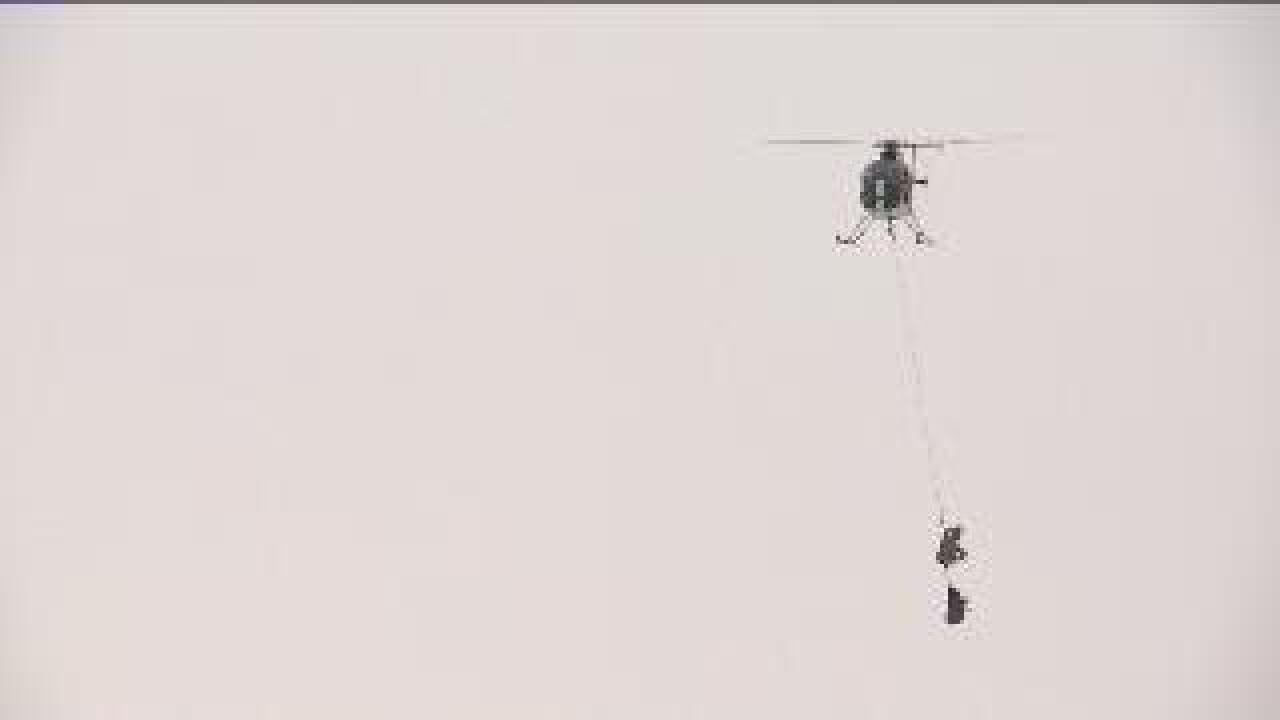 “It can be dangerous at times, and it is a bit of a rodeo and it is a lot of fun and we take a lot of steps to make sure everybody is safe,” said wildlife biologist Riley Peck with the Utah Division of Wildlife.

Biologists say sheep are susceptible to high population disease. To keep that from becoming a problem, every few years the division of wildlife relocates several of the animals to new locations throughout the state.

They do this by flying alongside the sheep to capture them with a large net.

They're then tied, blindfolded and flown back to the biologists and veterinarians standing-by.

“We are looking at overall healthy we want to make sure we are moving healthy animals. So we will assess each one to make sure they're OK,” said Leslie McFarlane, Wildlife Disease Program Coordinator.

The bighorn sheep population on Antelope Island has outgrown the space.

Right now there are 180 sheep roaming the island, but by the end of the day 30 of them will find a new home.

“There are just too many sheep right now on the island and they are having an impact on the vegetation,” said Steven Vates Wildlife Manager of Antelope Island State Park.

Biologists expect the bighorn sheep to thrive in central Utah and the remaining population on Antelope Island will continue to grow.