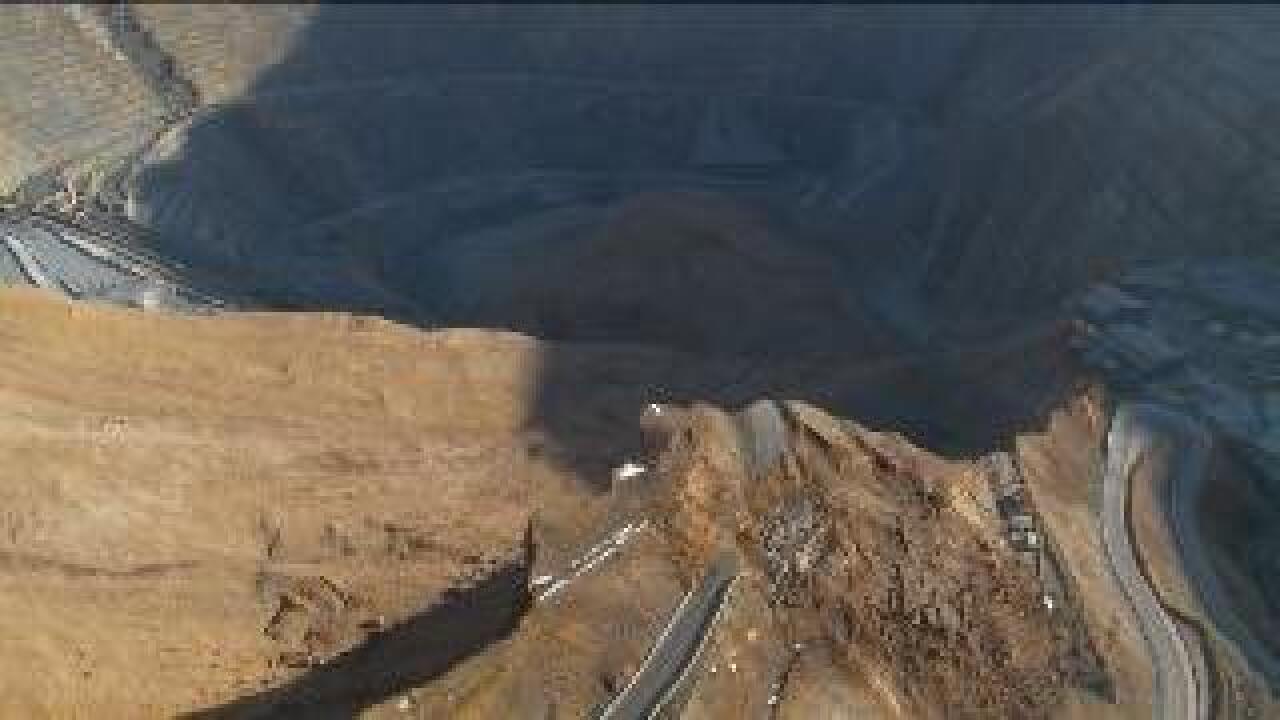 SALT LAKE CITY -- The massive landslide at Kennecott’s Bingham Canyon Mine in April triggered 16 earthquakes, according to a new study by University of Utah scientists.

Moving at speeds of up to 100 miles per hour, researchers found the earth movement from the two slides caused the quakes, which is the first time this is known to have happened.  In their study published in the Geological Society of America magazine this month, they found their seismic network captured an overwhelming amount of data from the slides.

“It happened right in the middle of our seismic network,” said Kristine Pankow, Associate Director of the University of Utah Seismograph Stations.

Pankow was the study’s first author. Because seismometers were within 20 kilometers of the mine pit, she and her team were able to record a high frequency of energy at the time of the slides.

“We found 16 such induced earthquakes that followed from the first landslide to 10 days after,” Pankow said. “It happened right in the middle of our dense network.”

The slide on the night of April 10 occurred in the form of two separate rock avalanches, according to Pankow. The first was at 9:30 p.m., and the second took place at 11:05 p.m.

Each one lasted about 90 seconds, and although they weren’t quakes, they measured magnitudes up to 5.1 and 4.9.  The real quakes that followed, however, were much smaller.

“These aren’t earthquakes that anyone is going to feel or cause any damage,” Pankow said. “But for science, they tell us how the stress stayed to the crust and how the crust is responding to the removal of this mass, which is important for us as scientists.”

It’s believed the Kennocott slide is the largest non-volcanic slide in North American history, according to study co-author, Jeff Moore.

An assistant professor of geology at the University of Utah, Moore said the discovery of the quakes is significant.

“Discovering that a landslide can trigger earthquakes is already a pretty fascinating thing, scientifically,” Moore said. “Here in the seismograph stations, the analysts were immediately analyzing the data. We knew what time they occurred at, and then all these interesting signals started popping up, which turned out to be induced earthquakes related to the unloading.”

Now, U researchers are hoping to use this discovery to uncover more of what’s happening underground, elsewhere.

“If we learn about these events, which we know happened, and we know where they were, we might be able to say something about earthquakes that happened in places that aren’t seen, so, that are just recorded seismically,” Pankow said.