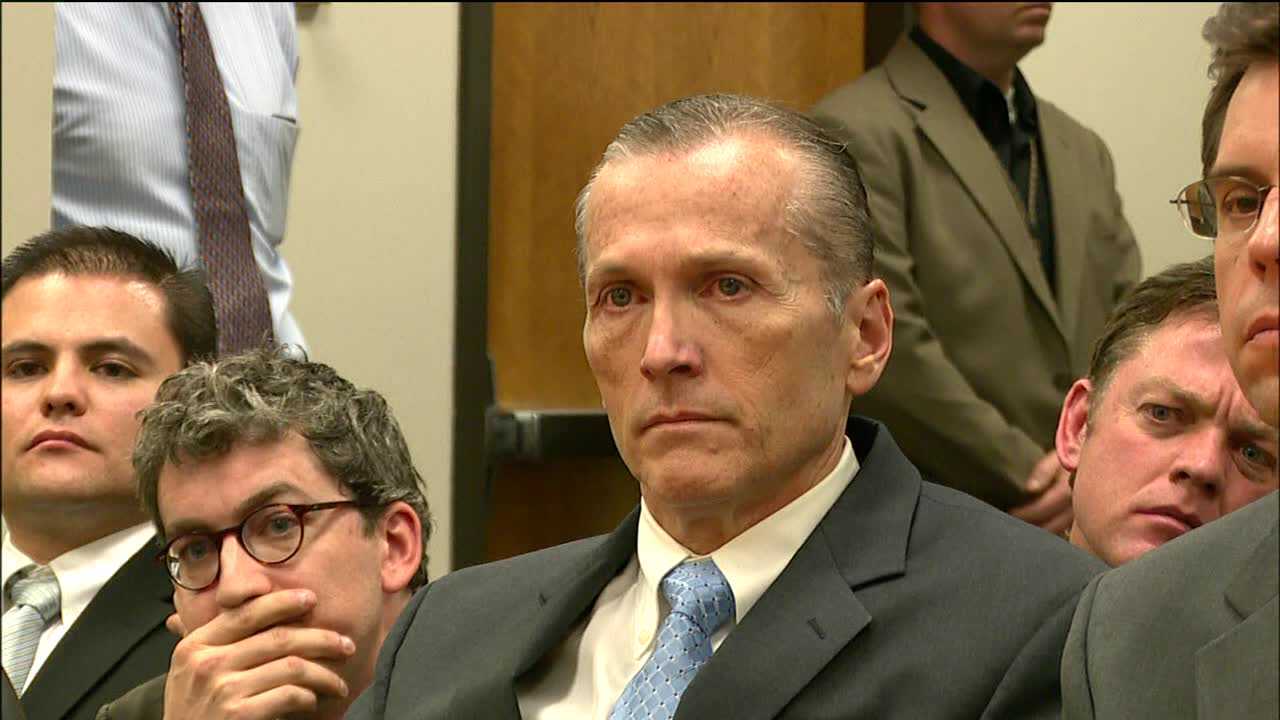 Martin MacNeill in court as the verdict is read.

Spencer also accused the Utah County Attorney’s Office of withholding some information about the inmate from them.

“If MacNeill had the newly discovered information available to him during the trial, he could have definitively demonstrated that not only was (Inmate #1) untruthful, also that the UCAO concealed the truth about consideration given to (Inmate #1),” he wrote.

Spencer asks for MacNeill’s sentencing to be delayed while the judge considers the new motion. Utah County prosecutors did not object to delaying the sentencing, but said in their own filing they would like additional time to respond to Spencer’s claims.

“Given the standards the Court must consider in deciding these motions, the normal statutory allotment of pages for argument will be insufficient to adequately and properly respond to the issues now before this Court,” prosecutor Chad Grunander wrote.

MacNeill was convicted in the 2007 death of his wife, Michele. Prosecutors claimed she was overdosed on prescription painkillers as she recovered from plastic surgery and drowned in a bathtub inside their Pleasant Grove home. MacNeill was accused of killing his wife so he could continue an affair with another woman.

MacNeill faces up to life in prison when he is sentenced. The judge has yet to rule on whether to continue the sentencing.