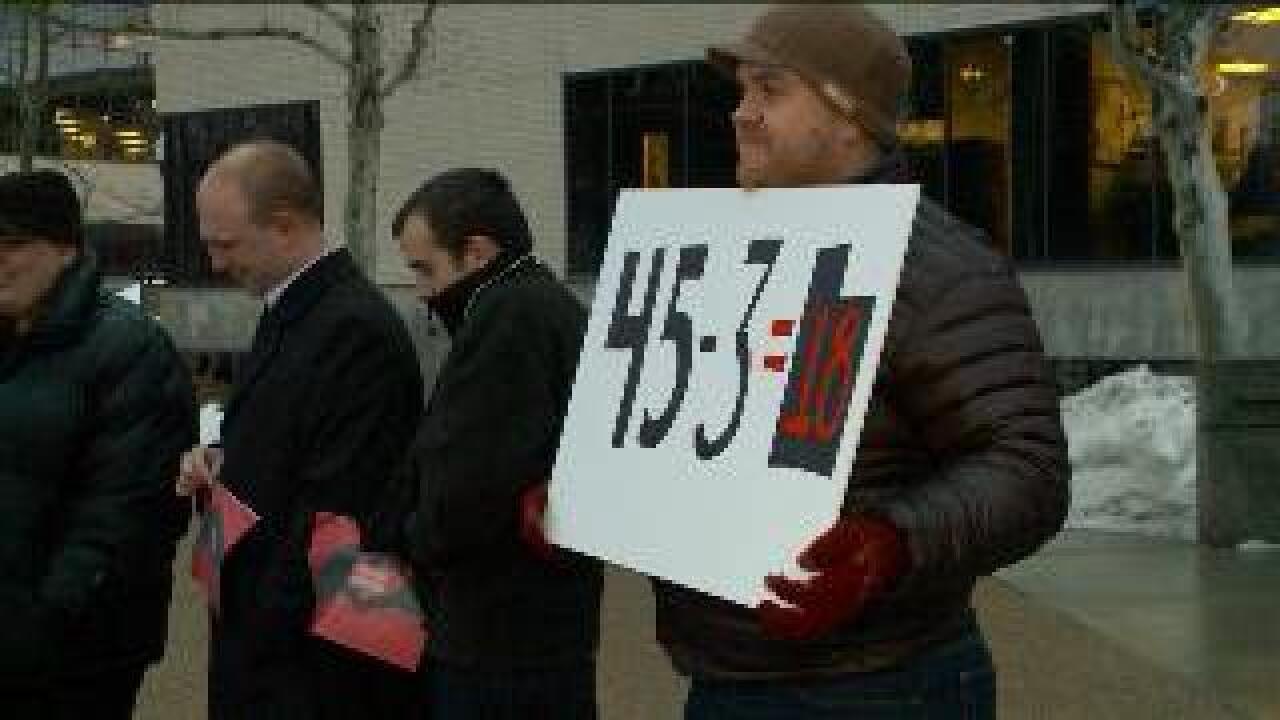 Shelly Eyre and Cheryl Haws are pushing forward with a lawsuit against Utah County Clerk Bryan Thompson for denying the same-sex couple a marriage license. They met with Thompson on Monday to serve them with their intent to sue. In the 24 hours since they went public with that decision,  Eyre says they’ve lost dozens of Facebook friends, and clients she works with as a social worker have cancelled appointments.

Tuesday morning little had changed, but protesters took to the streets showing their disapproval of the clerk’s action, and showing their support.

“Several couples were turned away for not being a man and a woman type marriage,” says protest organizer Dan Pearce. “Not in the name of religion, per se. But perhaps based on personal beliefs and think people hid behind false pretense of why they were doing it”

Thompson issued a statement on Tuesday saying in part:

"I am seeking further clarification from the state, and the Utah county attorney's office. Until I receive further information, the Utah county clerk's office will not be making any policy changes in regards to which we issue marriage licenses."

It has only been a few says since that ruling and there are still many un-answered questions with regard to taxes and various government rights. While the county clerk says he’s waiting for answers, those who protested say the ruling was clear.

“Not only in the original ruling, but in his denial of the stay,” says one of the protest organizers Jeff Denison. “If anyone prevented people from getting same-sex marriage, that they would be in contempt of court, so we feel like the clerk is in contempt.”

Offices closed early for the Christmas holiday. While most couples ended up in other counties for their marriage licenses, some like Eyre and Haws are holding out that their home county will comply with the law.