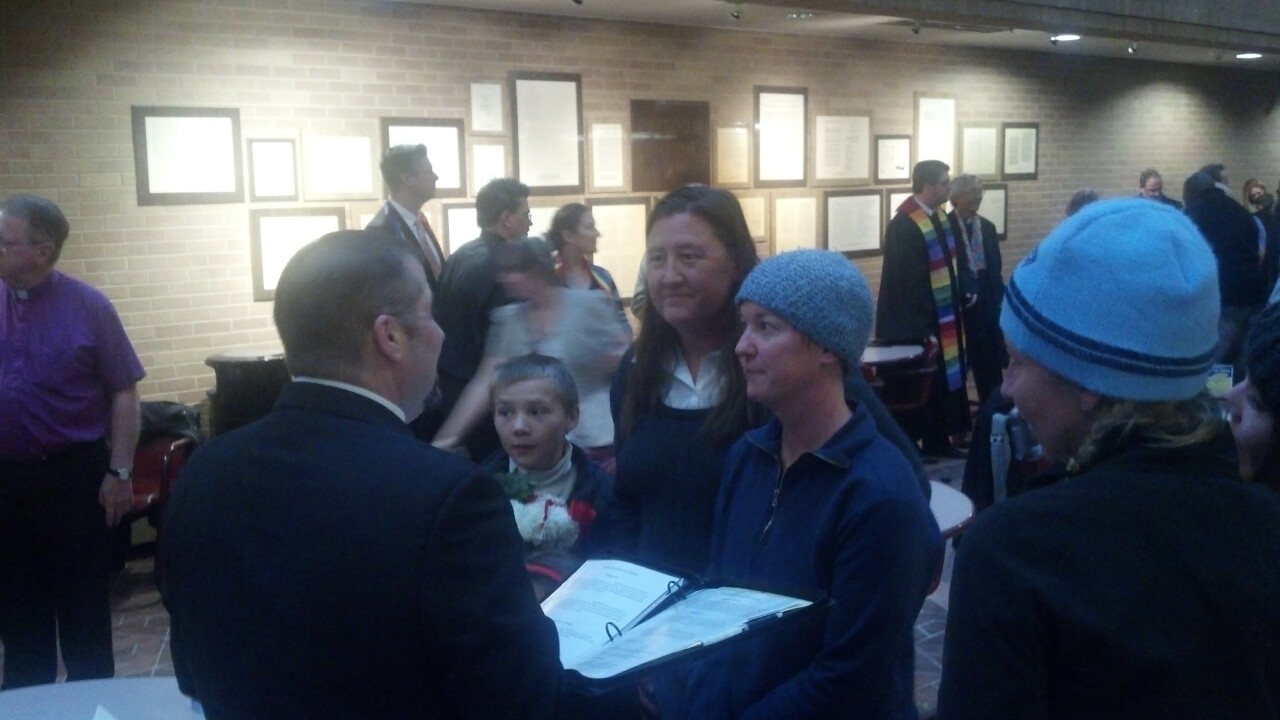 UPDATE: A federal judge denied Utah’s motion for a stay in the 10th District Court Monday.

According to the documents, the filing for an Emergency Motion for Temporary Stay did not address nor satisfy the factors that must be established to be entitled to a stay pending an appeal. The denial is without prejudice if the defendants-appellants file a motion for stay pending appeal that complies with regulations.

During the weekend, several politicians, including Herbert, as well as other advocacy groups spoke out against the ruling that struck down Amendment Three.

U.S. District Court Judge Robert Shelby has scheduled a hearing Monday at 9 a.m. on the state’s request to halt same-sex marriages, and pro same-sex marriage groups in Utah encouraged people to take advantage of the limited window in which marriage licenses were guaranteed to be granted in several counties.

In a post on their Facebook page, Equality Utah said, “Worst case scenario we will only have 1 hour in which marriages can be performed by the respective county clerks.”

In the post titled, “Everything you need to know about getting married tomorrow morning” Equality Utah said they had confirmed that Salt Lake and Weber county clerks would be open and ready to marry people “exactly at 8am”. The post advised couples to download and fill out their applications online ahead of time to expedite the process.

Brandie Balken, Executive Director of Equality Utah, confirmed the details of the posting to FOX 13 News over the phone Sunday.