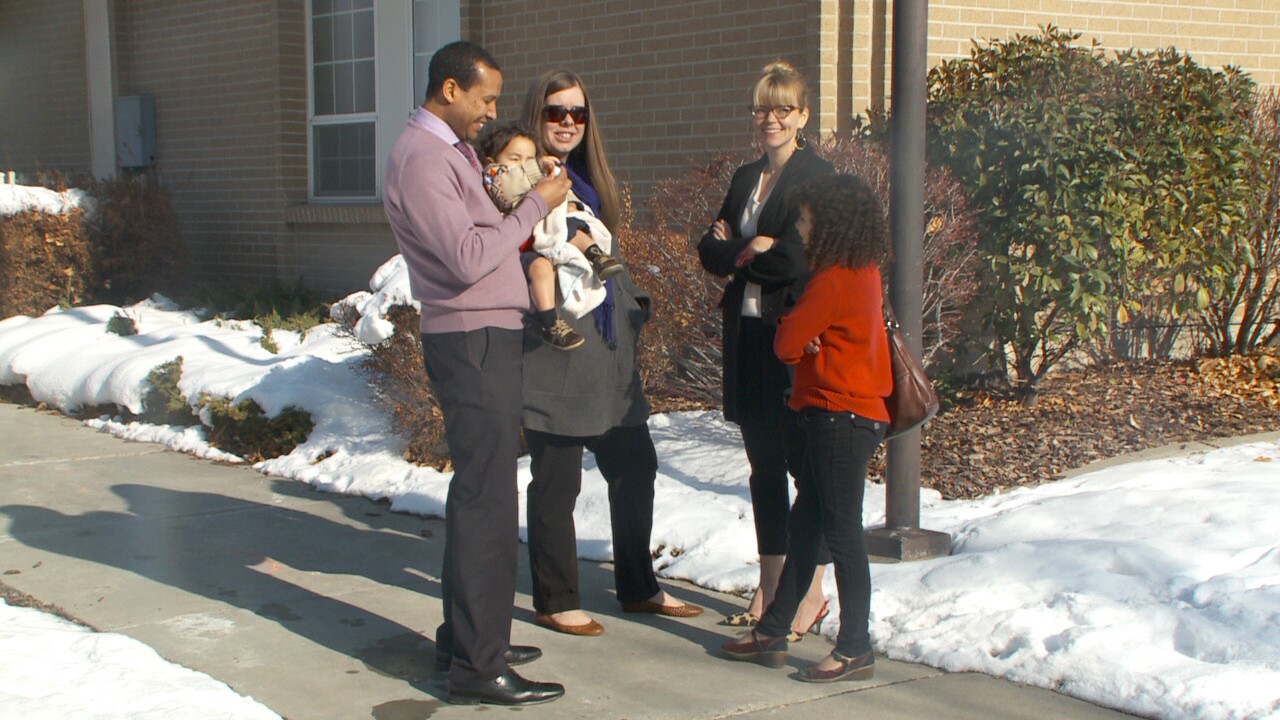 SALT LAKE CITY -- A group of Mormons are pushing for inclusivity within The Church of Jesus Christ of Latter-day Saints and are working to change church culture; Sunday marked the Second Annual Wear Pants to Church Day.

The movement was organized by a group called "All Enlisted."  Mormon feminists, women and men, wore dress pants and the color purple to their local LDS Church services Sunday. Organizers said the day isn’t just for women, it’s for anyone who has felt judged or excluded on a Sunday at church.

“To underscore the importance of inclusivity in the church and to say to people, ‘If you think you're different, if you feel left out, if you feel there isn't a place for you here, there is,’” Mormon feminist Jamie Baayd said.

One year ago, Jamie Baayd couldn’t relate to those claiming they felt judged or excluded from the LDS Church culture, but a lot has changed in a year and this time around Baayd and her friends and family chose to participate in the Second Annual
Wear Pants to Church Day.

“People who just feel like they don’t fit the mold, the classic LDS mold, and even getting rid of the idea there is a mold,” Baayd said.

There's no hard and fast rule according to LDS Church Spokesman Cody Craynor, who said:

"Attending Church is about worship and learning to be followers of Jesus Christ. Generally Church members are encouraged to wear their best clothing as a sign of respect for the Savior, but we don't counsel people beyond that."

J.L. Hiatt is the second counselor in the bishopric of the 31st Ward in Salt Lake City, and he spoke about the issue.

“The church is wide open to anyone of any race, any culture, any background, and we don’t care what kind of pants you wear or if you wear a skirt or a dress to church, that’s totally fine,” he said.

Even though there's no written rule against wearing them, Baayd admits she was afraid to come to church in her slacks this morning, which she said made wearing them that much more important.

“I have nothing to do with the church doctrine, I believe that comes from God, but I have everything to do with church culture, and if people are telling me they don’t feel comfortable because of what they wear or who they love or any of those reasons then  we’re not doing a good job translating that message,” she said.

Organizers acknowledge church policy has not discouraged women from wearing pants since 1971. They said until that same year, Disneyland required women to wear skirts.