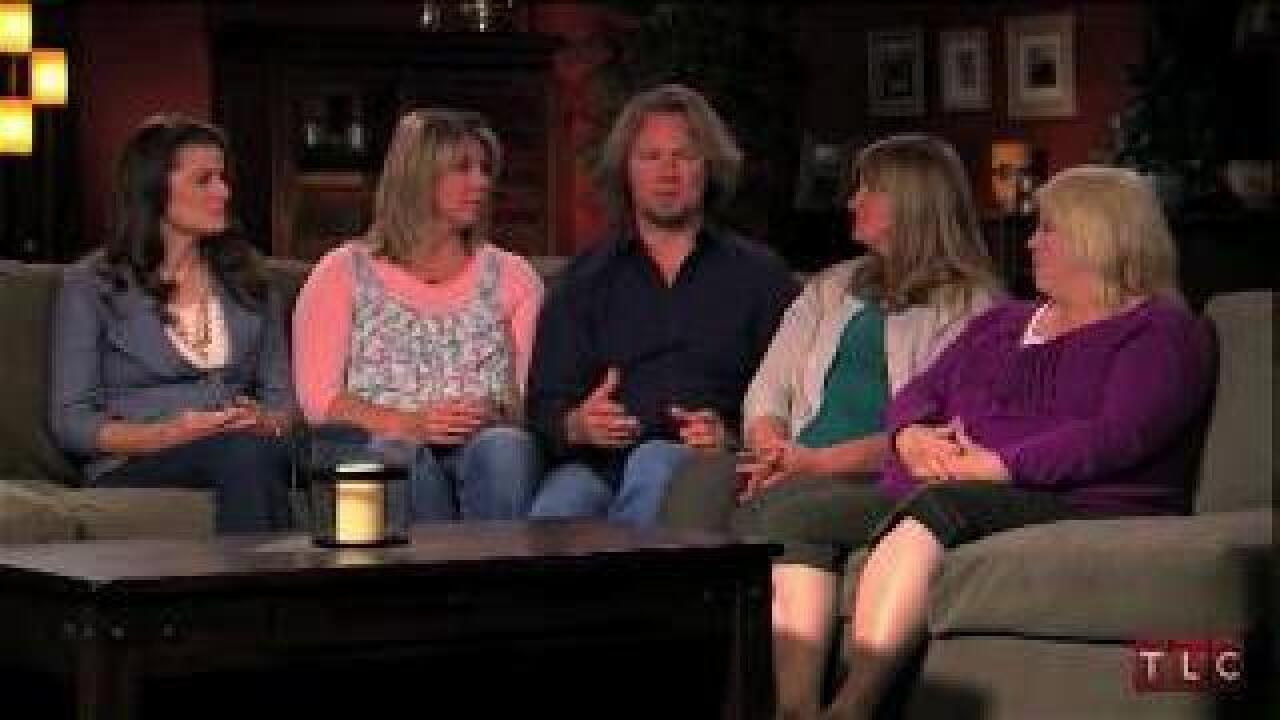 SALT LAKE CITY – A federal court judge struck down a portion of Utah's ban on polygamy.

"The court finds the cohabitation prong of the statute unconstitutional on numerous grounds and strikes it," Waddoups wrote in the ruling issued late Friday.

The complete ruling is available for download as a PDF here: Brown summary judgment decision

The ruling came about after reality TV polygamist Kody Brown and his wives, Meri, Janelle, Christine and Robyn, sued the state of Utah in 2011, challenging the ban on polygamy. The family came under scrutiny from Utah County authorities after they appeared on the show "Sister Wives," promoting their lifestyle.

“With this decision, families like the Brown can now be both plural and legal in the state of Utah,” Turley said in a post on his website.

Judge Waddoups' ruling did not completely overturn Utah's ban on polygamy. It did, however, narrow it to only the simplest definition of bigamy: multiple marriage licenses.

In his ruling, Waddoups wrote that the statute remained in force "as prohibiting bigamy in the literal sense -- the fraudulent or otherwise impermissible possession of two purportedly valid marriage licenses for the purpose of entering into more than one purportedly legal marriage."

Brown issued a statement through his attorney, saying:

The entire Brown family is humbled and grateful for this historical ruling from the court today. Like thousands of other plural families, we have waited many years for this day. While we know that many people do not approve of plural families, it is our family and based on our beliefs. Just as we respect the personal and religious choices of other families, we hope that in time all of our neighbors and fellow citizens will come to respect our own choices as part of this wonderful country of different faiths and beliefs.

The Utah Attorney General's Office said late Friday it had not seen the ruling and could not comment on it until attorneys had a chance to analyze it. They could appeal it to the 10th U.S. Circuit Court of Appeals in Denver, which could ultimately end up before the U.S. Supreme Court -- which has not considered a polygamy case since the 1800s.

The ruling was hailed by fundamentalist Mormons across the state, who sought to decriminalize their families.

"I never thought I would live to see this day," said Willie Jessop, an ex-FLDS member who once served as a bodyguard to imprisoned polygamist leader Warren Jeffs.

Jessop, who broke from the FLDS Church after Jeffs was convicted, said it was his hope that decriminalizing the practice would open the doors for people to freely report abuses and underage marriages.

It was a sentiment echoed by former child bride Elissa Wall, who was married at 14 in a ceremony presided over by Jeffs.

"My hope is that this decision may begin to lift the veil of secrecy within polygamist communities, bringing polygamy into the light and providing opportunities to accurately address issues and abuses that are associated with this practice," she told FOX 13.

Wall recently spoke out in favor of decriminalizing polygamy to prevent abuse.

"We are ecstatic," Joe Darger and his wives, Vicki, Alina, and Valerie, said in a statement posted on Twitter. "We are no longer considered felons in the state of Utah."

There are an estimated 30,000 people who subscribe to the belief system of fundamentalist Mormonism, which includes the practice of polygamy. The Church of Jesus Christ of Latter-day Saints no longer practices polygamy and excommunicates those who do.