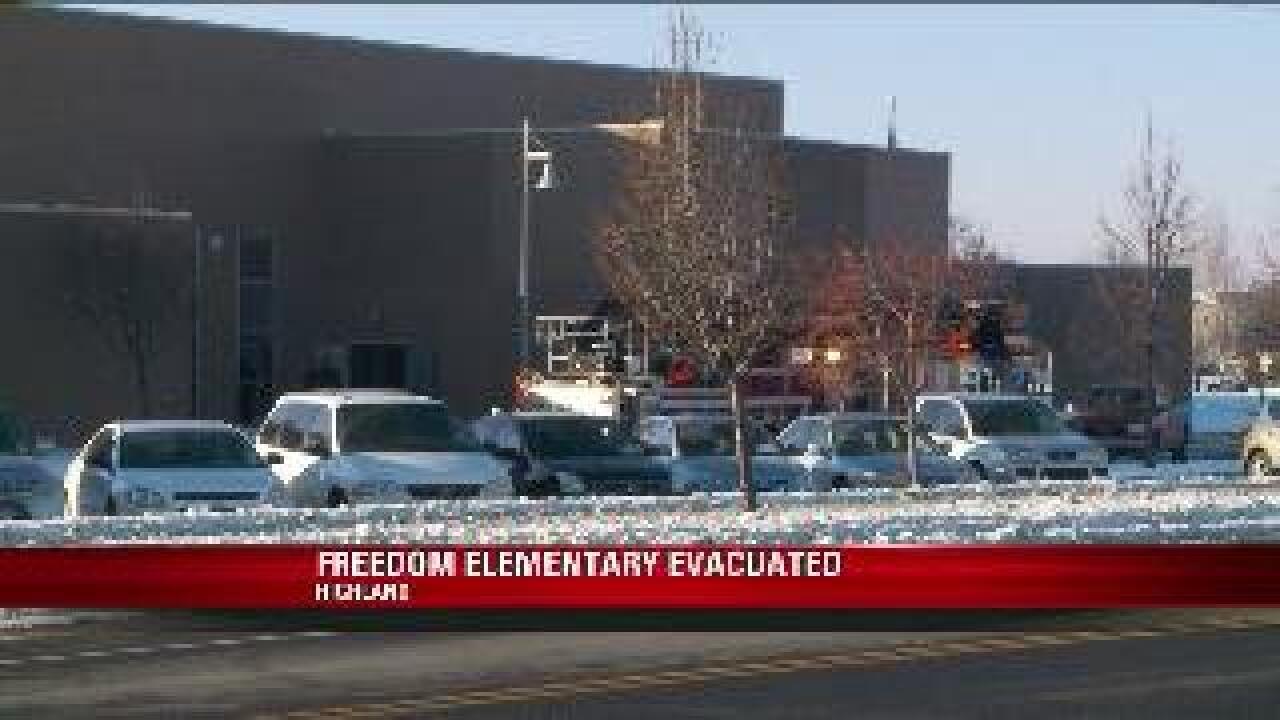 HIGHLAND, Utah -- Freedom Elementary School in Highland was evacuated Thursday morning due to a fire caused by a student, according to police.

Lone Peak Police said a parent who was dropping off a student told school officials that smoke was coming from the stage. A custodian extinguished the fire, and then called 911.

Fire crews from the Lone Peak, American Fork and Lehi fire agencies responded to the scene. Once firefighters got inside the auditorium they found that a piece of foam rubber had been on fire on the stage.

Lone Peak Police reported that about 600 students were evacuated to an LDS church house across the street from the school. After crews cleared the scene, students were able to return to classes.

Investigators said they interviewed a fourth-grader who later admitted to starting the fire. Officers said the student was playing with a lighter.

Officers sent the case to juvenile court, and charges may be filed against the student.