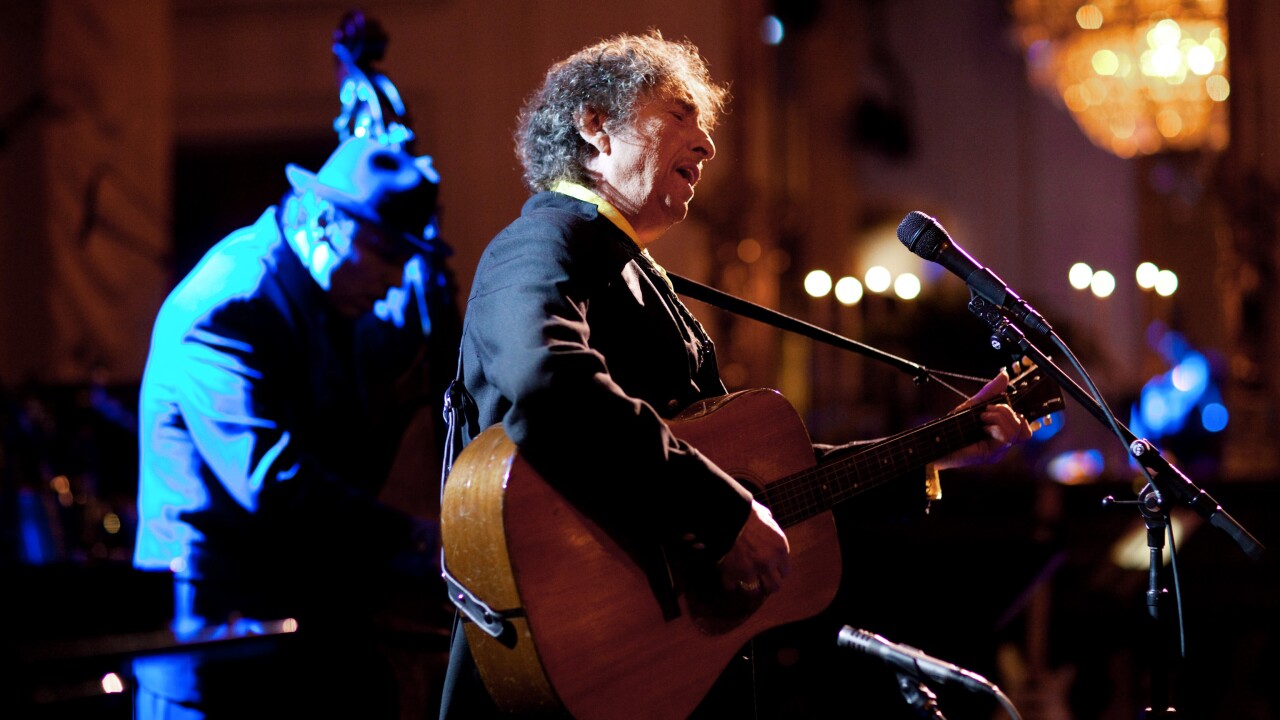 NEW YORK (CNN) — A guitar once owned by music legend Bob Dylan sold for $965,000 Friday at Christie’s, setting a new world auction record for any guitar, according to a statement from the auction house.

The 1964 Fender Stratocaster was purchased by an unidentified bidder, said a Christie’s spokesperson.

Dylan, now 72, played the electric guitar in his famous performance at the Newport Folk Festival in 1965, during which he was backed by an electric band for the first time, according to the statement. He was 24 years, and on the road to establishing himself as a music icon, the statement said.

“A tremendous amount of international interest was generated at the time of the sale’s announcement, and today’s result justifies the mythic status of this guitar in the annals of music history,” said Tom Lecky, Christie’s specialist and the sale’s auctioneer.

Along with the guitar and original Fender case, newly discovered song lyrics by Dylan were also auctioned, according to Christie’s. The items were left behind on a private plane months after the 1965 performance. In 2011, the daughter of the plane’s pilot submitted the items to the PBS show “History Detectives” for authentication, according to the statement from Christie’s.

Previously, Eric Clapton’s Fender “Blackie” held the record for a guitar sold at an auction, going for $959,500 in 2004, Christie’s spokeswoman told CNN.

A month after receiving France’s most prestigious medal, the Legion d’honneur, Dylan is now being investigated in Paris on suspicion of inciting racial hatred, according to French prosecutors. The investigation was prompted by comments he made in Rolling Stone magazine in 2012.

CNN’s Eric Williams and Saskya Vandoorne contributed to this report.