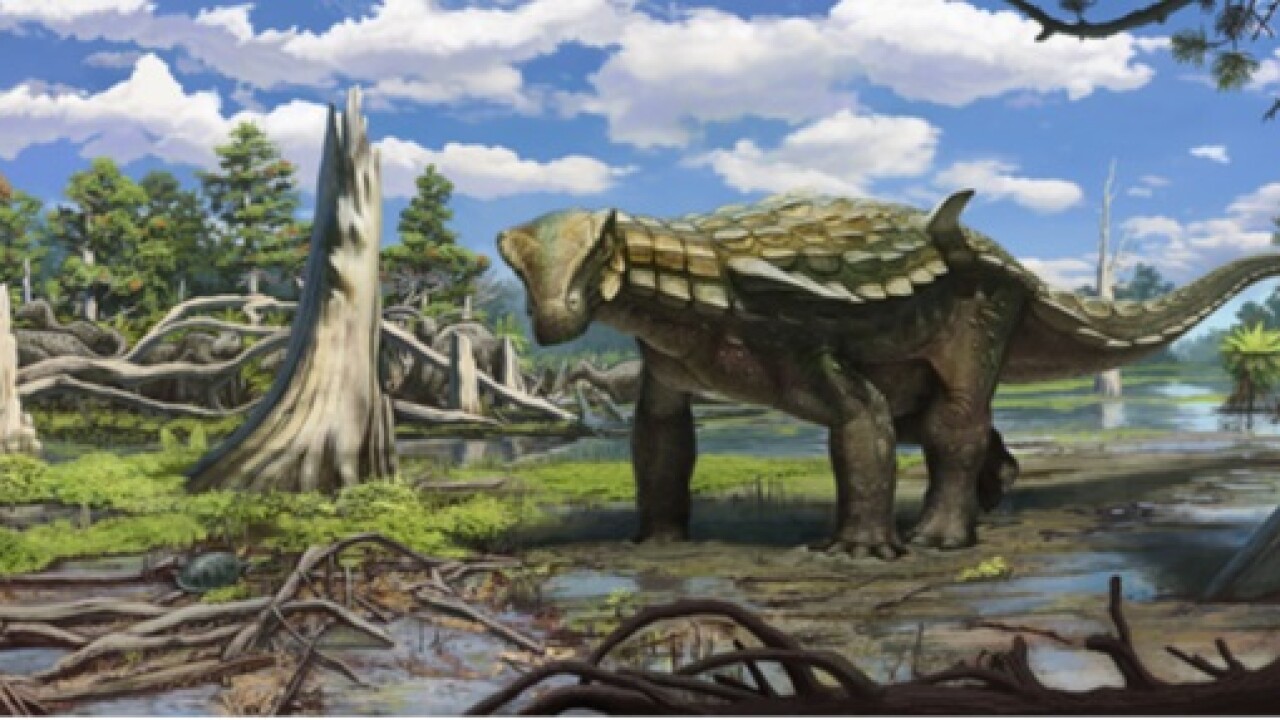 The study of a new dinosaur discovery in Spain, announced Monday, was led by researchers from Utah.

The discovery was made in an open pit coal mine near the town of Arino, Spain. According to a release from the Department of Natural Resources the skeleton is the most completely preserved ankylosaur ever found in Europe.

The fossil is the oldest known nodosaurid, a family to the ankylosaurs with wide, heavily armored body and a spiny side.

Comparisons were made between the new specimens and ankylosaurs previously reported in North America, Europe and other parts of the world.

“These skeletons provide ample evidence to propose the hypothesis that all known European nodosaurids belong to a distinct group, the Struthiosaurine, separate from North America’s nodosaurids based on distinctive features in their shoulders, hips and legs,” said Dr. Mark Loewen, research associate at the Natural History Museum of Utah and Adjunct Assistant Professor in the Department of Geology and Geophysics at the University of Utah.

Ankylosaurs were plant eaters.  The new dinosaur was named Europelta carbonensis, meaning shield from coal. The skeleton was excavated in the summer of 2011.

The only thing missing is the tip of the snout from the skull, according to the release.

“The diversification of nodosaurids separately on North America and Europe appears to correlate with rising sea levels flooding most of Europe to form an archipelago, isolating these dinosaurs even though the Atlantic Ocean had not fully opened as yet,” said James Kirkland with Geological Survey of Utah, leader of study.

Additional collaborative authors in the study included Eduardo Espílez and Luis Mampel with Fundación Conjunto Paleontológico de Teruel-Dinópolis/Museo Aragonés de Paleontología and Jelle Wiersma with Natural History Museum of Utah and Deptartment of Geology and Geophysics at the U.

Ankylosaur by the numbers

-Approximately 15 feet long and and about 3 feet wide

-The armored dinosaur was a 4-legged herbivore