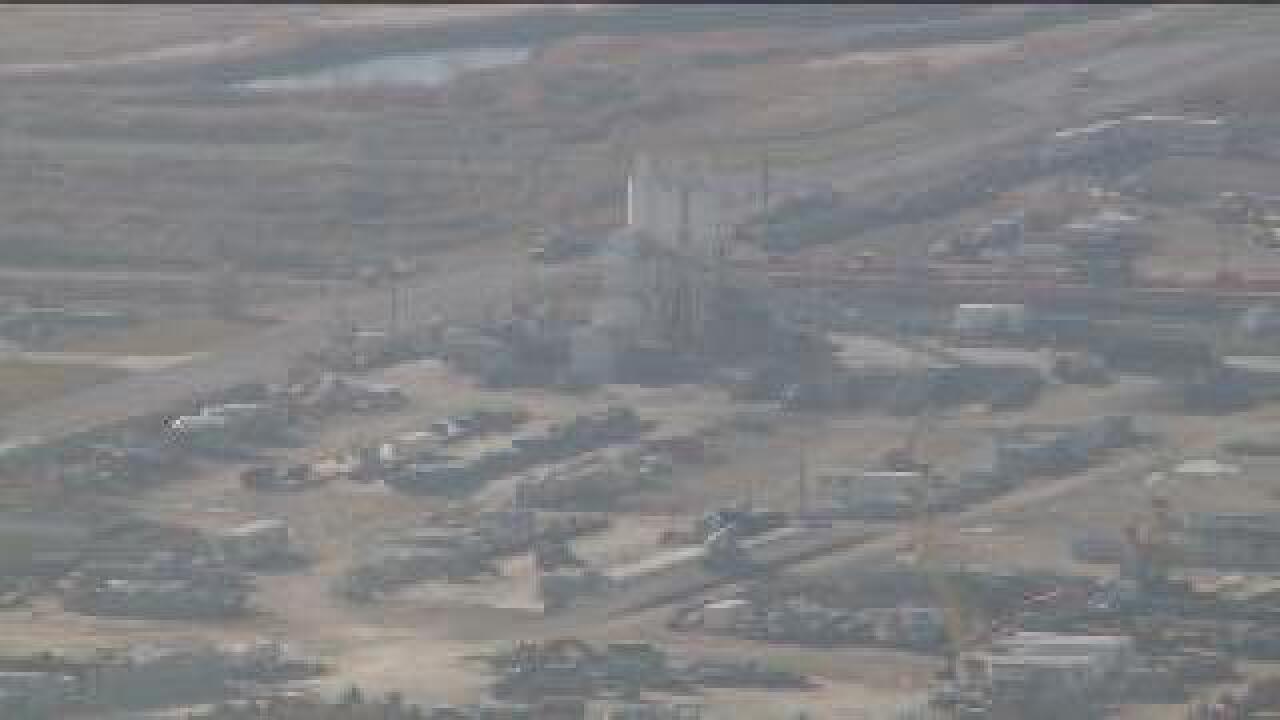 SALT LAKE CITY -- Critics have called Utah's bad air the worst in the country. The emission limits don't even meet federal standards, but that's about to change.

It's clear tonight but that's because a big storm and high winds have blown out the inversion -- but with fireplaces burning in Utah homes during the upcoming cold snap, it won't be long before the inversion is back.

The state could face federal sanctions if it fails to adopt a plan to cut emissions. The Division of Air Quality has been working on a plan for the past two years to meet federal requirements – the plan will go before the DAQ board Wednesday for final approval but critics say it doesn't go far enough.

"The state of Utah has been developing a plan for how they can cut air pollution," said Matt Pacenza, the Policy Director at Heal Utah.

The state implementation plan focuses on cutting back on emissions from big polluters like oil refineries but Pacenza said it's not good enough.

"I think everyone realizes that just in these last few days, we started to have some pretty bad air already," Pacenza said.

Officials with Heal Utah are asking people to sign a petition urging board members at DAQ to require industries in Utah to emit even less than the Clean Air Act requires.

A chart shows what happens under SIP through 2019.

Heavy industry is allotted the amount of 12.2 percent in particulate matter. Critics say that number should be lower but that may be challenging considering the Beehive state is already behind the status quo.

"Like other metropolitan areas of our size, we have challenges with air quality," said Bryce Bird, the Executive Director at DAQ.

Those challenges however are driving some long-time residents out of Utah.

There are thousands of public comments on DAQ's website concerning the poor air quality.

One resident, Erin writes, "I am a business owner in Salt Lake City, as well as a parent. I love living here, but I'm strongly considering leaving (and taking my multimillion dollar software firm elsewhere) because of this particulate pollution in the Salt Lake Valley."

DAQ officials say the state is working on finding new ways to cut emissions, but it's not easy.

"We're constrained on two accounts. First we have to identify the technology,” Bird said. “Our refineries for instance, with this plan fully implemented, will be some of the best controlled refineries in the country."

DAQ meets Wednesday afternoon to adopt the final plan. The public comment period is officially over.