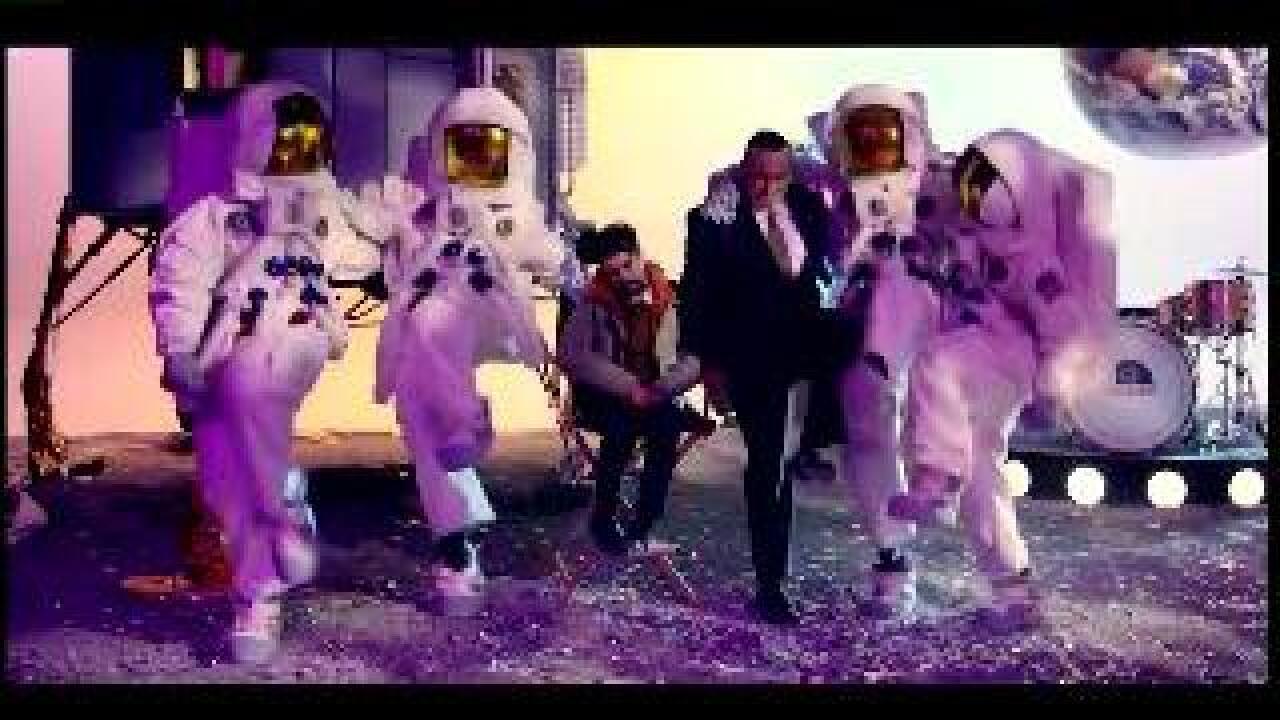 UTAH COUNTY -- Take the year 1969, put its politics, pop culture and conspiracy theories in a blender. Pour it out in four minutes and two seconds and you end up with the latest music video from Imagine Dragons.

The band, which played its first show in Provo, Utah at Velour Live Music Gallery, turned to Corey Fox, the venue's owner, for help with the video for "On Top of The World."

If you were to meet Fox in person you'd understand why. Aside from being head-pioneer of Provo's prolific sound scene, Fox's personal style is part of the energy and visual landscape which lifts the experience and expectation at Velour.

For "On Top of the World", Fox collaborated with video guru Matt Eastin, who produced the outstanding Audio-Files series for BYUtv.

Together, they're also behind theoccidentalsaloon.com, which features a variety of polished videos featuring acts like the Neon Trees and Fictionist.

What Fox and Eastin conceptualized for the official video for "On Top of the World" is surprisingly deep and layered imagery, paired with the straight-forward pop song. Their frequent collaborator Ty Arnold served as director of photography for the video, which went from conception to completion in just a few weeks and was shot primarily in Utah County.

Nearing two million views on YouTube, the video has dazzled an army of Imagine Dragons fans, while sometimes confusing the casual viewer.

Among the ‘60s references, two band members resemble characters from famous films of the era (Bullitt and Easy Rider). A third's appearance is a nod to a Beatles conspiracy theory, and a fourth represents something akin to a Woodstock hippie. If you are keeping up, that's two fictional characters, one real person, and one generic.

Given the average Imagine Dragons fan was born long after the ‘60s were over, it's a safe bet many of them make their way from YouTube to Google in an effort to try and decipher what they see.

The video also draws heavily from the conspiracy theory that the U.S. Government faked the moon landing and hired famed director Stanley Kubrick to help dupe the public.

Kubrick was known for hiding things in his films, and some say his post 1969 work contained clues to his alleged gig as moon landing master of ceremonies. True or not, it's clear Fox and Eastin had fun hiding Kubrick-style symbols in the video for "On Top of the World."

Fox says there are over 50 hidden 1960s references in the video.

Among them are some obvious homages to Kubrick himself, with images relating to "The Shining" and "2001 a Space Odyssey" appearing in an early sequence of the video as Dan Reynolds bids his fictional family goodbye.

Fox says Imagine Dragons, or their record label, may soon sponsor a contest to see who can catch all, or at least the most, hidden symbols within the video.