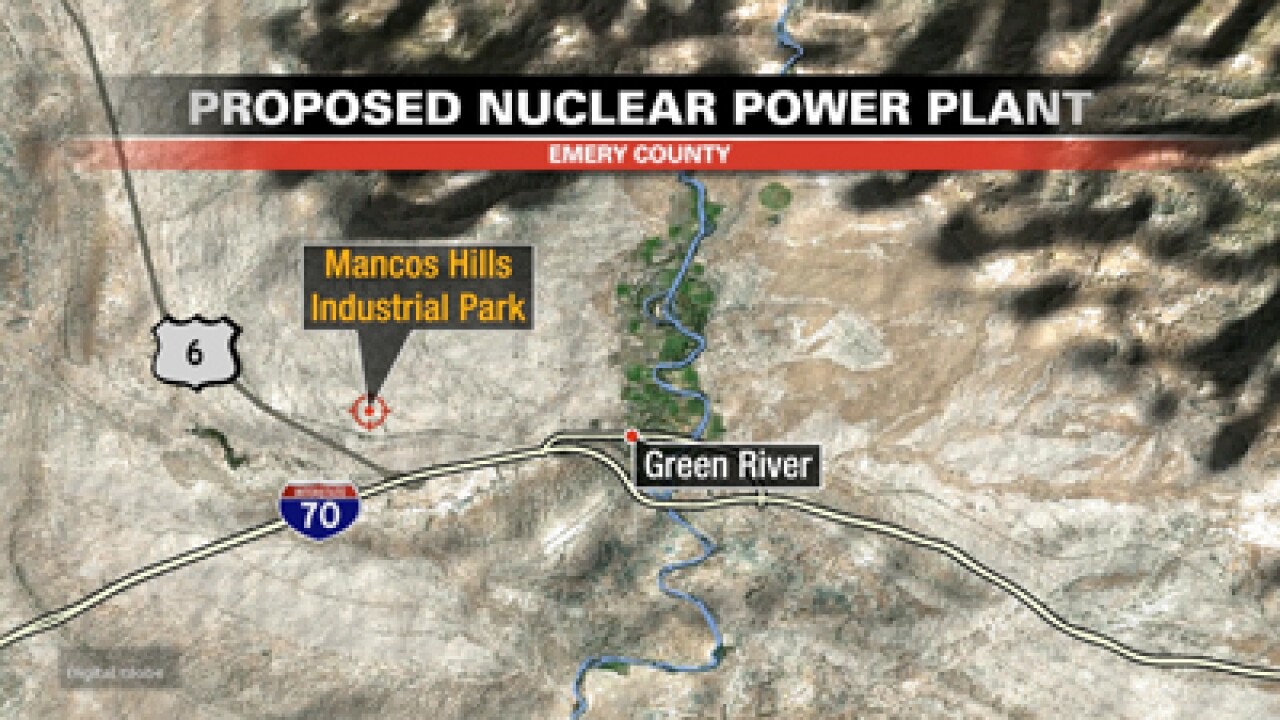 A judge has cleared the way for a nuclear power plant to be built in Utah, with conditions.

“The court finds that there is reason to believe that the project will not be detrimental to the public welfare,” Judge George Harmond said in a ruling issued late Wednesday and obtained by FOX 13 News.

The environmental group HEAL Utah filed a lawsuit in an effort to block Blue Castle Holdings from building a nuclear power plant on the Green River.

On Wednesday, a sign still remained firmly planted in Matt Pacenza’s front lawn, just hours after his campaign against the plant took a significant blow.

“It's super disappointing,” Pacenza said. “We thought we had a really strong case.”

The Policy Director for HEAL Utah is not accepting defeat anytime soon, though.  As one of several organizations that took the plant’s backers to court, he’s already gearing up for another fight.

“We will meet them at any venue that we need to and try to stop the proposed Green River reactors,” Pacenza said.

The dispute is over a 53,600 acre portion of water that's been leased out by Kane and San Juan counties to Blue Castle. The portion would be used to cool the proposed plants two nuclear reactors.

In September, Pacenza and other groups took the three to court for five days to challenge a state engineer’s decision that approved the use of the water. Judge Harmond released a detailed, 26 page ruling, which addressed some of the concerns Pacenza raised in court.

“We had a bunch of good, solid reasons,” Pacenza said. “And we made a great case in front of the judge, and unfortunately, he ruled against us.”

Judge Harmond considered several points, one of the most significant being whether or not there is enough water for the plan, which he found there is.

The findings, while disappointing to Pacenza, were not a surprise to the attorneys for the counties and Blue Castle, who believe the plaintiffs failed to properly make a case in court.

“They were dreadful. They were terrible witnesses. And it showed because they just didn’t understand the project and they didn’t really understand Utah energy and Utah water issues,” said David Wright, trial counsel for the defendants.

According to Wright, Utahns are using far less water than the state’s share in the Colorado River, which the Green River is a tributary to.

“It’s somewhere between 350-400,000 acre feet of water that goes unused in the Colorado River drainage,” Wright said. “And this project is expected to use around 50,000 acre feet. So, there’s a lot of cushion there.”

But the dispute likely won’t stop here, as Blue Castle still has years of hurdles to clear with U.S. Nuclear Regulatory Commission, allotting plenty of time for an appeal and future debate between the two sides.