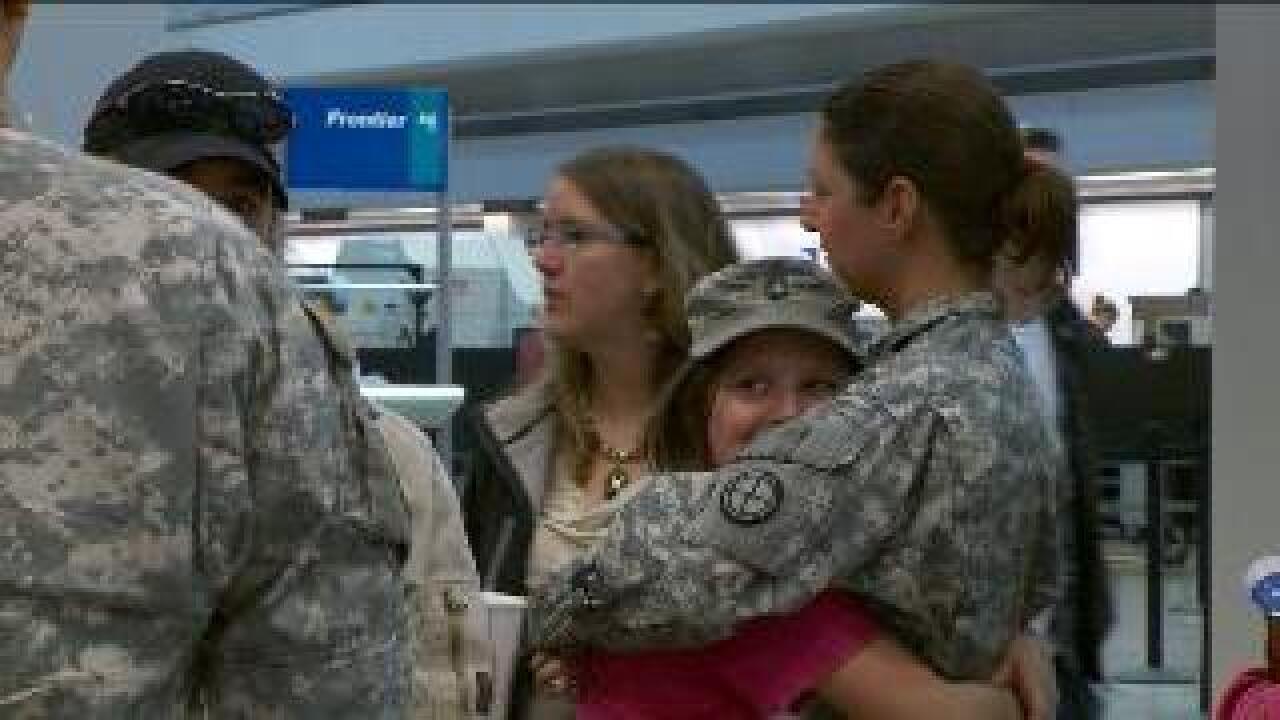 The last three groups were scheduled to leave from the airport Sunday. The first group made it to Fort Hood in Texas. The second group got stuck in Dallas and the third group didn't leave at all.

The soldiers will provide medical evacuation and airlift capabilities to NATO forces in Kosovo, according to a press release.

The soldiers should be on their way to Fort Hood Monday.