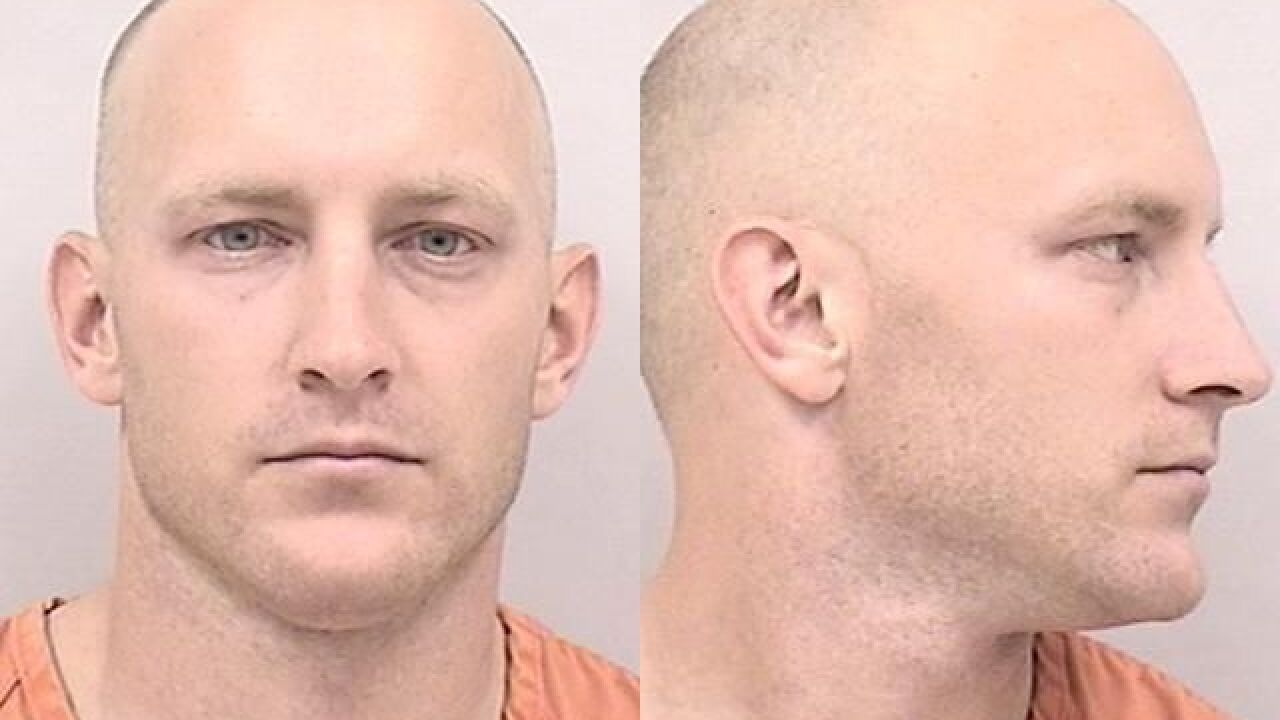 (CNN) — It’s a mind-boggling surprise in whodunit mysteries and soap operas, but a soldier in Colorado is using the dramatic ploy for real in a criminal courtroom: his “evil twin” may be responsible for the sex crimes against girls that he’s now accused of.

The soldier’s defense rests partly on the fact he and his identical twin brother have virtually the same DNA, an attempt to undercut authorities’ allegations that the DNA from the crime scenes belongs to the soldier.

The defendant, Aaron Gregory Lucas, 32, is also a suspect in sex crimes in two other states, authorities say. In addition to raising his twin brother as a suspect, Lucas also claims that a third man may be the culprit in some of the crimes, court papers say.

A Colorado judge in El Paso County ruled last week that Lucas will be allowed to name his twin brother, Brian Lucas, as a suspect in his defense. The judge also allowed the defense attorneys to use the name of a third man as a suspect, too.

The twin brother, who hasn’t been charged in the any of the crimes, could not be reached by CNN for comment.

So-called “evil twin” defenses have been used before in courtrooms, experts say. Defendants with an identical twin have sometimes accused the sibling as the real culprit to try to create reasonable doubt and seek acquittal, but the finger-pointing isn’t a sure-fire strategy, said CNN legal analyst Danny Cevallos, who’s also a criminal defense attorney.

“No two of us have the same set of DNA — with one exception and that is identical twins,” Cevallos said.

“Cases like this are interesting,” he added. “Each twin essentially has to come up with an alibi, and we’re seeing that in this case and seeing it in other cases. It comes down to whose alibi is a little bit better. You can imagine the complexity if both twins are in the same geographic area at the same time of the crime.”

In fact, both Lucas brothers lived in Alabama and Texas, where the other sexual assaults occurred, but authorities in Alabama, Texas and Colorado say Aaron Lucas is the focus of their investigations, Colorado prosecutors said. Brian Lucas has been to Colorado only once in the past decade and didn’t visit El Paso County, according to the Colorado Springs Gazette, citing a police detective’s testimony last week.

Aaron Lucas, a decorated Army officer assigned to Fort Carson in Colorado Springs, is accused of trying to lure 11 girls between ages 6 and 9 and sexually assaulting three of them, authorities said.

In all, Aaron Lucas faces 27 charges in six cases, officials said. Prosecutors want all the cases to be heard together, but defense attorneys do not. A hearing is scheduled for Tuesday to address the prosecution’s request.

Both of the Texas and Alabama cases “involve DNA evidence that the prosecution states matches the DNA of Aaron Lucas,” defense attorneys said in court papers.

But Aaron Lucas offers a different interpretation of those findings.

“Aaron Lucas has an identical twin brother, Brian Lucas, who has (a) similar DNA profile,” Aaron Lucas’ attorneys said in court documents. “Additionally, witness statements from the Alabama case describe a vehicle matching that of Brian Lucas being in the area of the attack prior to the assault.

“The defense believes that Mr. Brian Lucas contributed the DNA in the Alabama and Texas cases and that it is his DNA that was found during those crimes, not Aaron Lucas’s.”

Aaron Lucas also argues that some of the Colorado Springs sex crimes may have been committed by a man who had been arrested for indecent exposure, defense attorneys said in court papers.

That man, whose name is listed in court papers, also “bears a striking resemblance to the descriptions provided by several of the complaining witnesses (and) owned and drove vehicles matching the descriptions of the vehicles driven by the alleged perpetrator,” the attorneys said.

Aaron Lucas’s attorneys said it is unclear whether the twin brother will be compelled to appear during the trial, expected to begin in January.