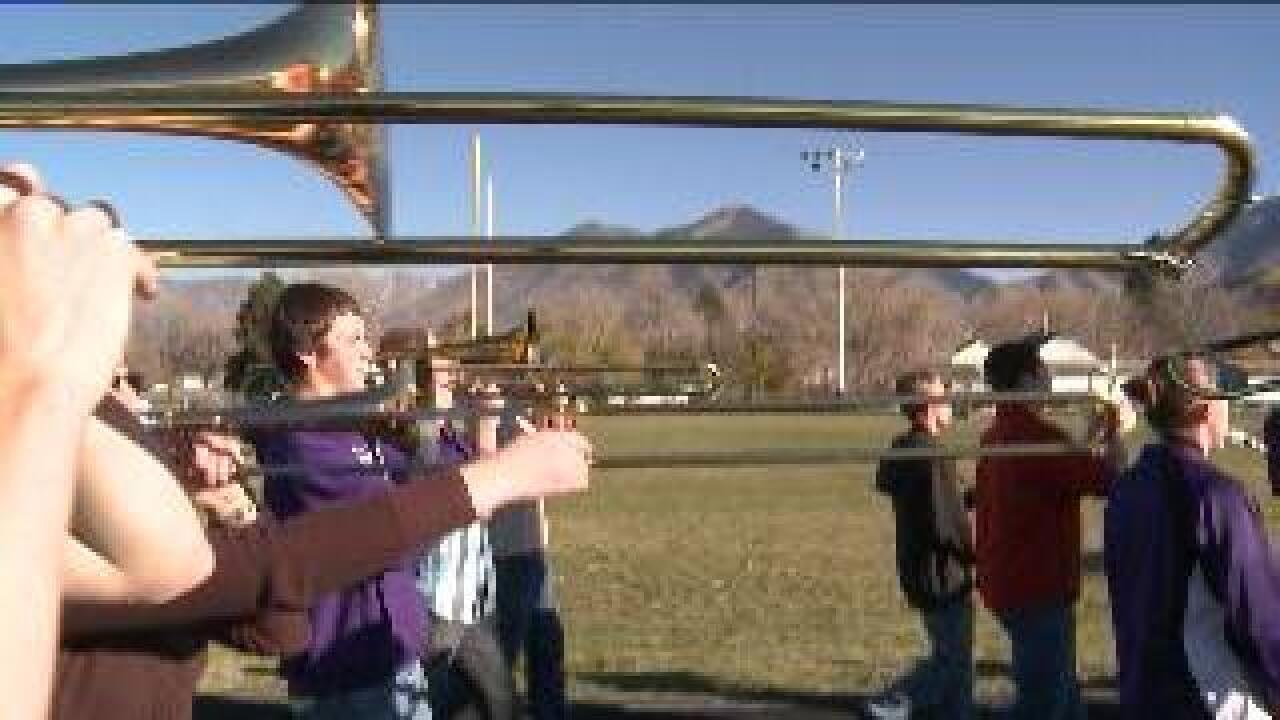 TOOELE -- The Tooele High School marching band will travel to Hawai`i to perform at the 72nd anniversary of the Pearl Harbor attack.

Nearly 3,700 Americans were killed or injured during the surprise attack on the U.S. Navy Base on Honolulu, O`ahu on Dec. 7, 1941.

The assault, launched by Japan, brought the U.S. into World War II.

“I feel honored to be able to represent the USS Utah and also the state of Utah,” said piccolo player Abby Simpson. “To be in this parade is meaningful, not only for our band but for all the veterans and all the people who were involved in Pearl Harbor as well.”

The Tooele High School marching band won state three years in a row. Their technique on the field is precise, but the students say they’re really the underdog.

“Hey, we are a small band in a town that nobody can pronounce, but we are good, we are powerful and we are strong,” Simpson said.

Despite their size, the band is loud. That’s why they think the committee for Pearl Harbor Memorial liked them.

“We are small but I think we have a lot of hard working people and I think that’s what makes us stand out from the rest,” said band president Devan Gowans.

Band members say that performing in the memorial parade is like the Rose Bowl or Macy’s Thanksgiving Parade.

“We actually get to represent the whole state of Utah, not just Tooele, it’s the entire state – it’s quite an honor,” said trombone player Brandon Colledge.

The band has 17 days to memorize the music and get their movements perfect. Players say when they perform, they won’t miss a beat.