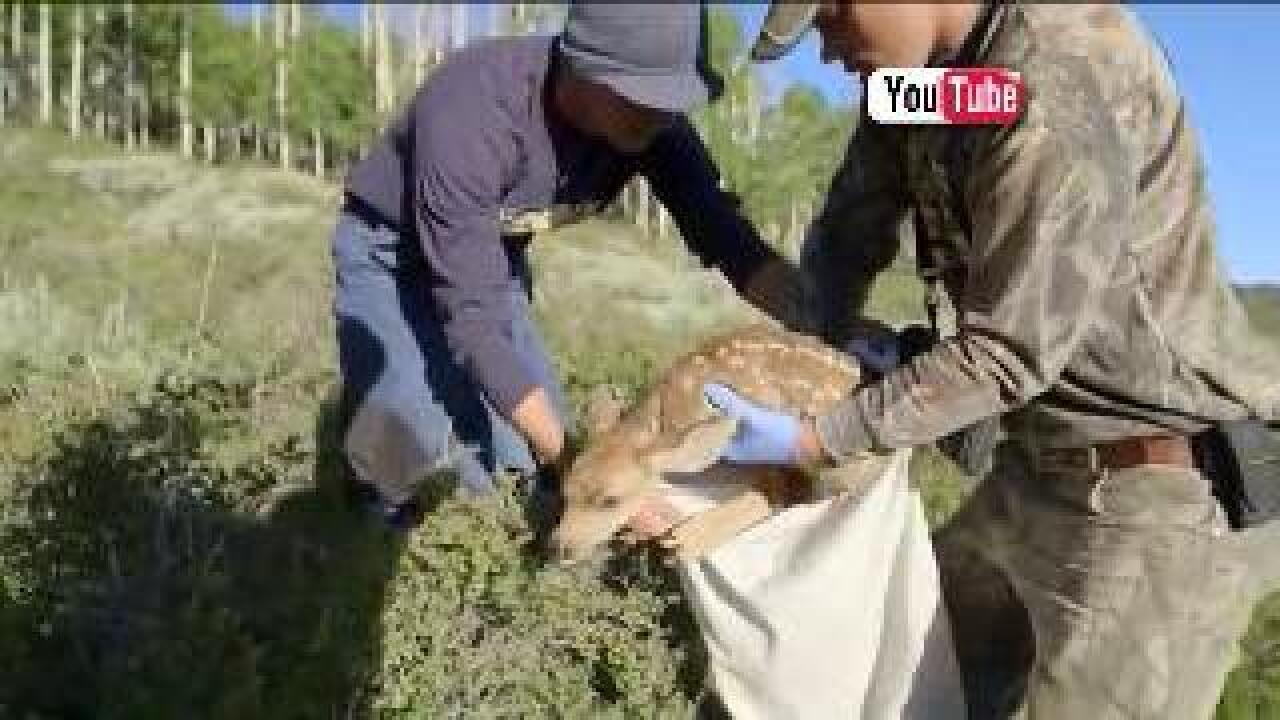 SALT LAKE CITY -- Utah’s mule deer population has declined by half over the past three decades, and now researchers from Brigham Young University are teaming up with state officials to try to determine why.

It can be difficult for researchers to find fawns for their study, but their goal is to locate and collar 60 fawns each summer.

The study, which looks at newborn fawns in south central Utah, is in its second year. The team collared newborn fawns and monitored them during the first 6 months of their life. Brock McMillan is a professor of wildlife ecology at BYU, and he said there is limited data on young fawns.

“So from the time that they are born until they’re a few months old, very few studies have been done, and that’s likely the greatest time of mortality,” he said.

Officials said older fawns are difficult to catch and collar, so the team tries to locate the animals while they are just a few hours old.

“We capture the female in March and we check them for pregnancy,” McMillan said. “If they’re pregnant we put a radio collar in the animal.”

The pregnant animals are fitted with a transmitter that activates when the fawns are born, which allows the team to move in.

The mothers are given four hours of bonding time with the fawn before researchers handle the newborn. The team hopes to determine how fawns that die meet their demise—whether it's due to a predator or other means.

“There’s been research done in Idaho that when the population is near carrying capacity, predators do kill animals, but those animals would die anyway,” McMillan said.

During the past two summers, the team has collared more than 130 fawns. Researchers said it appears there is a difference in survival rate so far, but they said further research is necessary. The study is a 4-year project. BYU, Utah State University, the Division of Wildlife Resources, Sportsmen for Fish and Wildlife and the Mule Deer Foundation are all collaborating on the project.