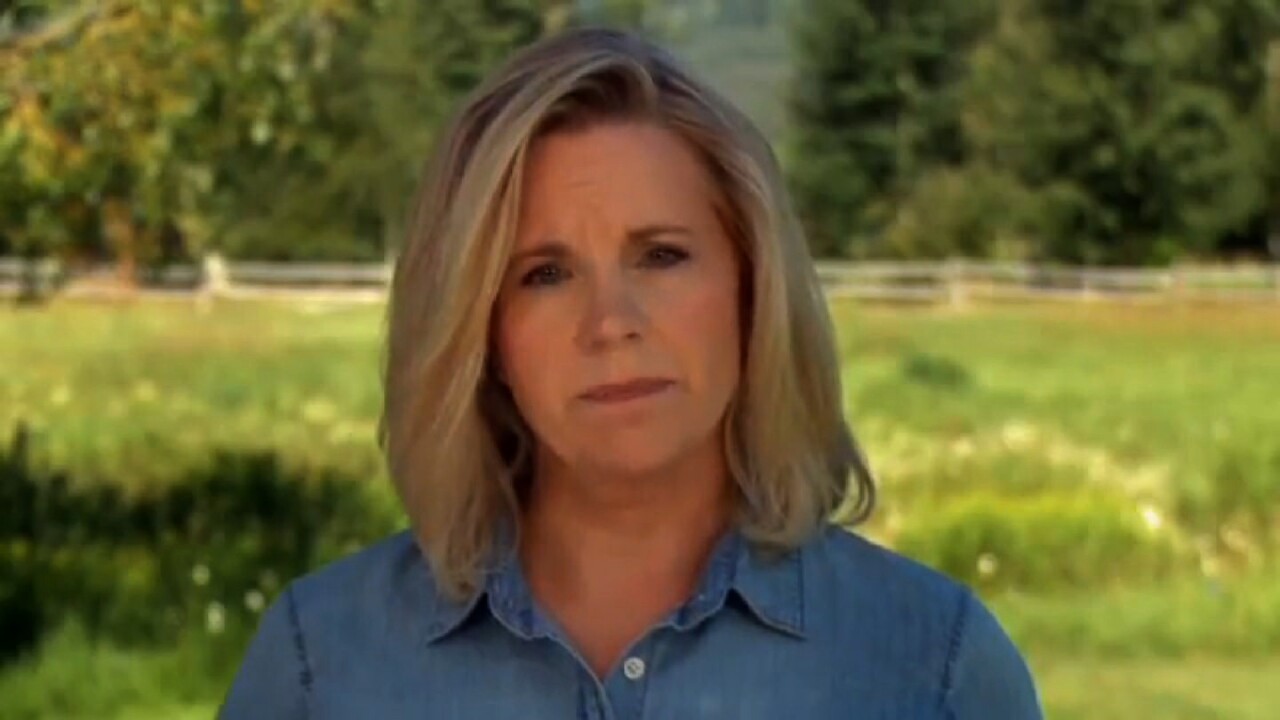 (CNN) — Mary Cheney, who’s married to a woman, responded Sunday to her sister, Liz Cheney, after the Senate hopeful reiterated her opposition to same-sex marriage.

“Liz — this isn’t just an issue on which we disagree — you’re just wrong — and on the wrong side of history,” Mary Cheney posted on Facebook.

Liz Cheney, who’s making a GOP primary challenge for a U.S. Senate seat in Wyoming next year, said Sunday morning that while she supports some rights for same-sex partners, she does not favor the right for same-sex couples to legally wed.

“I love Mary very much. I love her family very much. This is just an issue in which we disagree,” Cheney said on “Fox News Sunday.”

Mary Cheney married her longtime partner, Heather Poe, last year in Washington, which legalized same-sex marriage in 2009. The couple have two children together – a son, Samuel, and a daughter, Sarah.

Later on Facebook, Mary shared a post by her wife, who said she was offended by Liz Cheney’s latest comments:

“I was watching my sister-in-law on Fox News Sunday (yes Liz, in fifteen states and the District of Columbia you are my sister-in-law) and was very disappointed to hear her say “I do believe in the traditional definition of marriage.”

Liz has been a guest in our home, has spent time and shared holidays with our children, and when Mary and I got married in 2012 — she didn’t hesitate to tell us how happy she was for us.

I can’t help but wonder how Liz would feel if as she moved from state to state, she discovered that her family was protected in one but not the other.

I always thought freedom meant freedom for EVERYONE.”

Mary Cheney added: “Couldn’t have said it better myself.”

Mary Cheney’s sexual orientation was known during her father’s first run in 2000 for vice president, though her family generally declined to discuss her personal life on the campaign trail.

Dick Cheney has said in the past that gays and lesbians should be allowed to marry, though like his daughter Liz he says regulations should be handled at the state level.

“My position on that issue is well known, I enunciated it in 2000 in a debate with Joe Lieberman. It hasn’t changed. And I’ll let my daughters speak for themselves,” the former vice president said last month in an interview with CNN anchor and Chief Washington Correspondent Jake Tapper.

The ad said she opposed a constitutional amendment to ban same-sex marriage and applauded the State Department’s decision to grant benefits to same-sex partners of employees.

Cheney said Sunday that Enzi should “renounce” the ad for being “gutter politics.” She defended her view on the State Department and explained that she opposed the constitutional amendment because she believes same-sex marriage decisions should be made on the state level.

“I don’t believe we ought to discriminate against people because of their sexual orientation. If people are in a same-sex relationship and they want their partner to be able to have health benefits or be designated as a beneficiary on their life insurance, there’s no reason we shouldn’t do that,” she said.

“I also don’t support amending the Constitution on this issue. I do believe it’s an issue that’s got to be left up to the states. I do believe in the traditional definition of marriage.”

When Cheney voiced her stance on same-sex marriage in late August, her sister took to Facebook to say Liz Cheney was “dead wrong” on the issue.