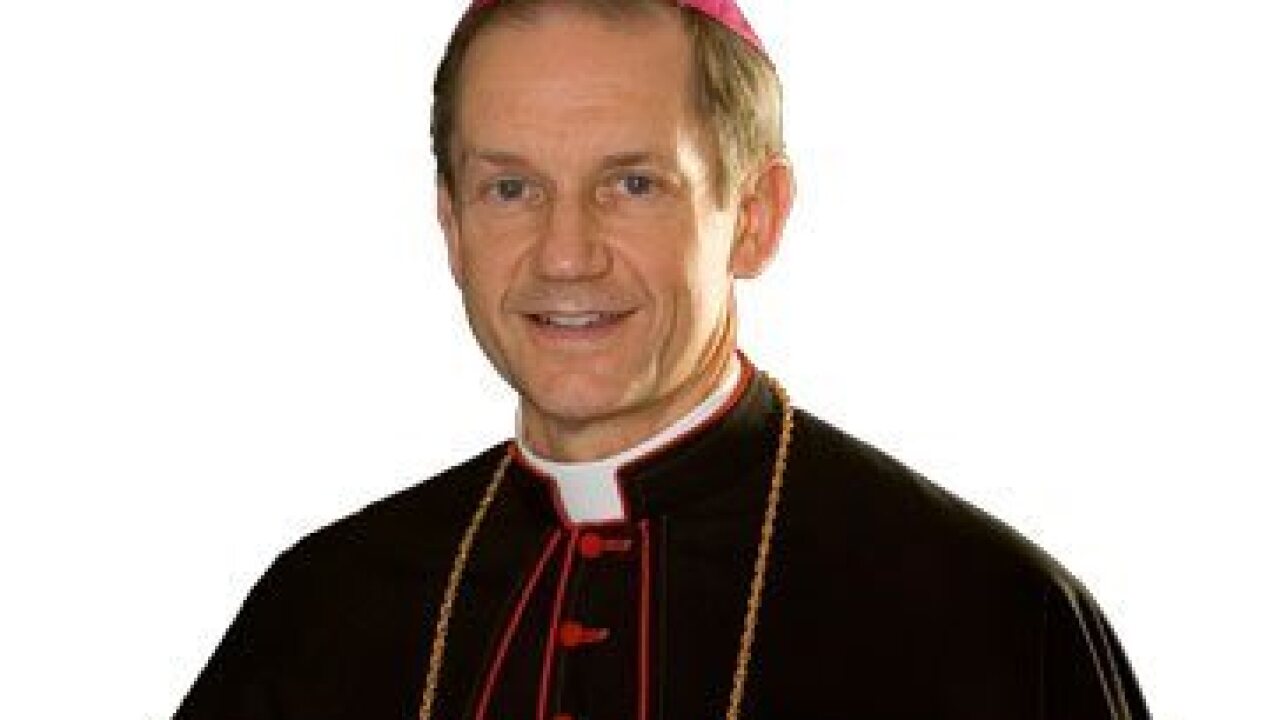 Bishop Thomas Paprocki, a Catholic bishop in Springfield, Illinois, will hold an exorcism ceremony “in reparation for the sin of same-sex marriage” next Wednesday at the same time Illinois Gov. Pat Quinn signs the gay marriage bill into law.

According to a Catholic bishop in Springfield, Illinois, Satan was behind his state’s recent legalization of same-sex marriage.

So, next Wednesday, at about the same time Gov. Pat Quinn signs the gay marriage bill into law, Bishop Thomas Paprocki will hold an exorcism ceremony “in reparation for the sin of same-sex marriage.”

Paprocki, who’s something of an expert on exorcism, says he’s just following the Pope’s marching orders.

When Pope Francis, then Cardinal Jorge Bergoglio, was an archbishop in Argentina, he called that country’s legalization of same-sex marriage “a ‘move’ of the father of lies who wishes to confuse and deceive the children of God.”

Since his election as Pope in March, Francis seems to have taken a less combative approach to homosexuality. At a news conference in July, for example, he said “Who am I to judge?” a gay person who seeks to be a good person.

Illinois politicians — including Catholics — cited the Pope’s words when explaining their support for the state’s same-sex marriage bill.

In September, the Pope said the church has no right to “interfere spiritually” in the lives of gays and lesbians and chided Catholics who “obsess” about fighting culture war issues like abortion and same-sex marriage.

But Paprocki calls same-sex marriage “contrary to the plan of God” and says all Catholics who support gay marriage — from legislators to county clerks who issue marriage licenses — are “culpable of serious sin.”

The bishop has invited priests and lay Catholics to his exorcism ceremony, officially called ““Prayers of Supplication and Exorcism in Reparation for the Sin of Same-Sex Marriage,” which is scheduled for November 20 at the Cathedral of the Immaculate Conception in Springfield, Illinois.

Paprocki says the ceremony will follow the Catholic Church’s Rite of Exorcism, which explains that Satan not only possesses people, he can also “penetrate” places and things, including the church itself.

“We must pray for deliverance from this evil which has penetrated our state and our church,” Paprocki said.

Exorcism is experiencing something of a renaissance in the United States, with the Catholic bishops recruiting dozens of priests to perform the ancient rite.