Gamers line up by the thousands for PlayStation 4 launch 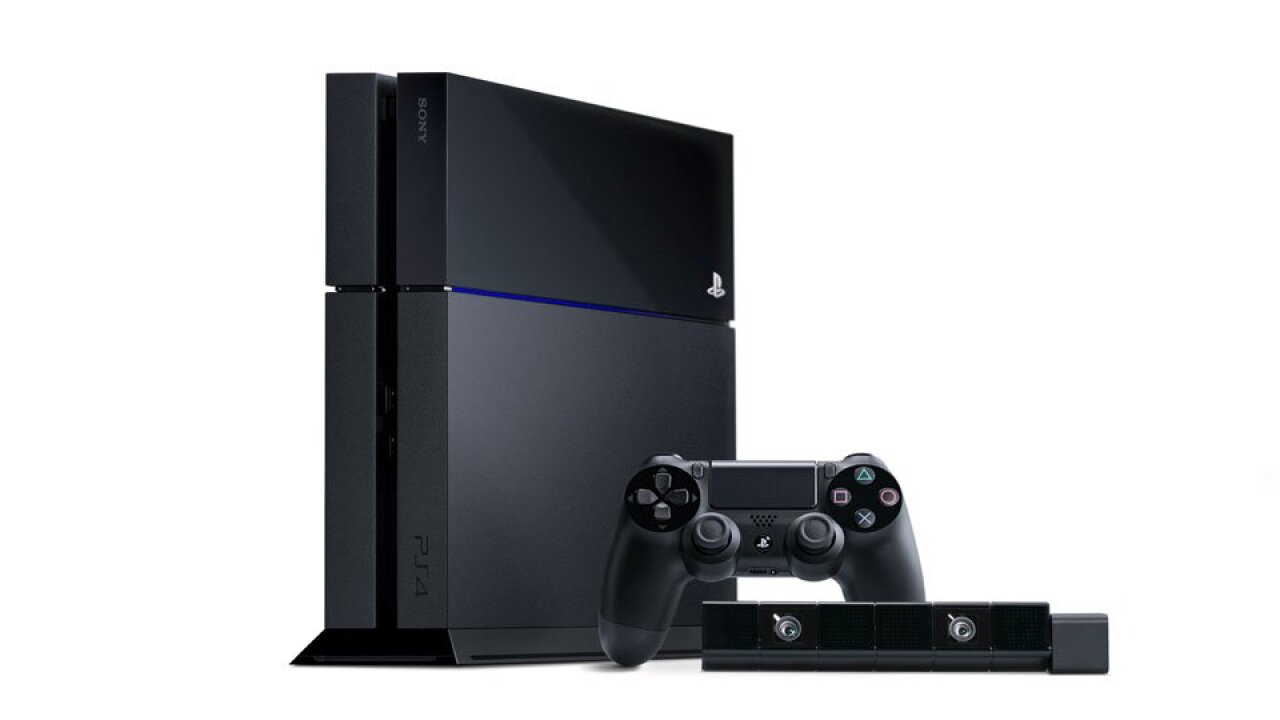 PlayStation 4 went on sale in the United States and Canada early Friday, November 15, 2013, the first new gaming system in seven years from Sony, which desperately needs a hit.

(CNN) — The late-fall chill outside a Best Buy store in Elkridge, Maryland, wasn’t all that was keeping George Nelums awake late Thursday.

“I’ve been a PS dude since the first PS,” said Nelums, the first in line to pick up a PlayStation 4 when the clock struck midnight. “I’m not planning on sleeping tonight. I’ve got a 6-hour energy drink. I’m all set.”

He and about 100 others were there for the next step in the evolution of home entertainment. The new PlayStation hit stores a week before Microsoft’s Xbox One does the same, touching off a new round in the fight for the hearts of console gamers.

Compare: PlayStation 4 vs. Xbox One

It was a scene that played out at thousands of stores across North America. In New York, Sony rented out the entire Standard High Line Hotel in Manhattan, where roughly 500 people showed up to watch a light show of video-game scenes as they waited for the midnight launch.

Matt and Tammy Nyers, of Laurel, Maryland, picked up their two new pre-ordered consoles at the Elkridge store — one to keep and one they plan on selling on eBay. Matt said he’s more of a sports gamer and really wants to see what next year’s “Madden” will be like when it is designed specifically for the new console.

“It is the latest and greatest and I want to see what they can do,” he said. “I’m really wanting to see what games will be coming out next because they will be built just for the PS4. This is built more like a gaming rig (than the PS3).”

The first new home console for Sony in more than seven years, the PlayStation 4 incorporates many new features over its predecessor, the PlayStation 3. Greater focus on social interaction during gameplay, a redesigned controller with a touchpad interface, and expansion of streaming entertainment choices are just a few of the new elements for PS4.

“Having a shared experience on the same sofa in front of the same screen is something that I, as a parent, want to have with my family,” House told CNN during the PS4 launch event in New York City this week. “A device that is designed from the ground up to be able to serve up all those different kinds of experiences, but with a great user interface that’s designed to work specifically in the living room, I think is still very, very important.”

With more than a million pre-orders reported by Sony in August, it would seem the public was ready to get their hands on the latest next-generation console (Nintendo’s Wii U was released last year).

Analysts expect the demand for the system to outstrip supply through Christmas.

“People were coming in early this week just to get games that were released and extra controllers,” Brooks Holman, home sales manager at the Maryland Best Buy said. “They were making extra trips to the store just to make sure they had everything they wanted for when they got their new PS4.”

Devin Gergen, Minnesota native, is one of many military personnel stationed in the area who spent hours outside the store. He hadn’t pre-ordered, but remained hopeful

“I just like the experience of standing in line, meeting new people, sharing gamer tags,” Gergen said. “You get to chat around with all kinds of people. It is fun.”

The lines were predominately guys in their 20s and 30s, and some in line were hoping to score the perfect gift.

Delaney Lockhart, a 21-year-old college student attending Towson University, waited with her mother in the chilled night air. But Lockhart said she wasn’t getting the PS4 for herself.

“I’m getting the game for my brother for Christmas,” she said, laughing. “I’m a good sister. He owes me.”

The excitement, though, didn’t mean everything has gone perfectly for Sony’s rollout.

Shuhei Yoshida, president of Sony’s Worldwide Studios, tweeted that the company is investigating reports of broken consoles, but said the problem isn’t widespread.

“Be assured we are investigating reported PS4 issues,” he wrote on Twitter. “The number is very small compared to shipped, we believe they are isolated incidents.”

Over the next few months, PlayStation 4 consoles will go on sale in other countries around the world, with the final launch date set for February in Japan.