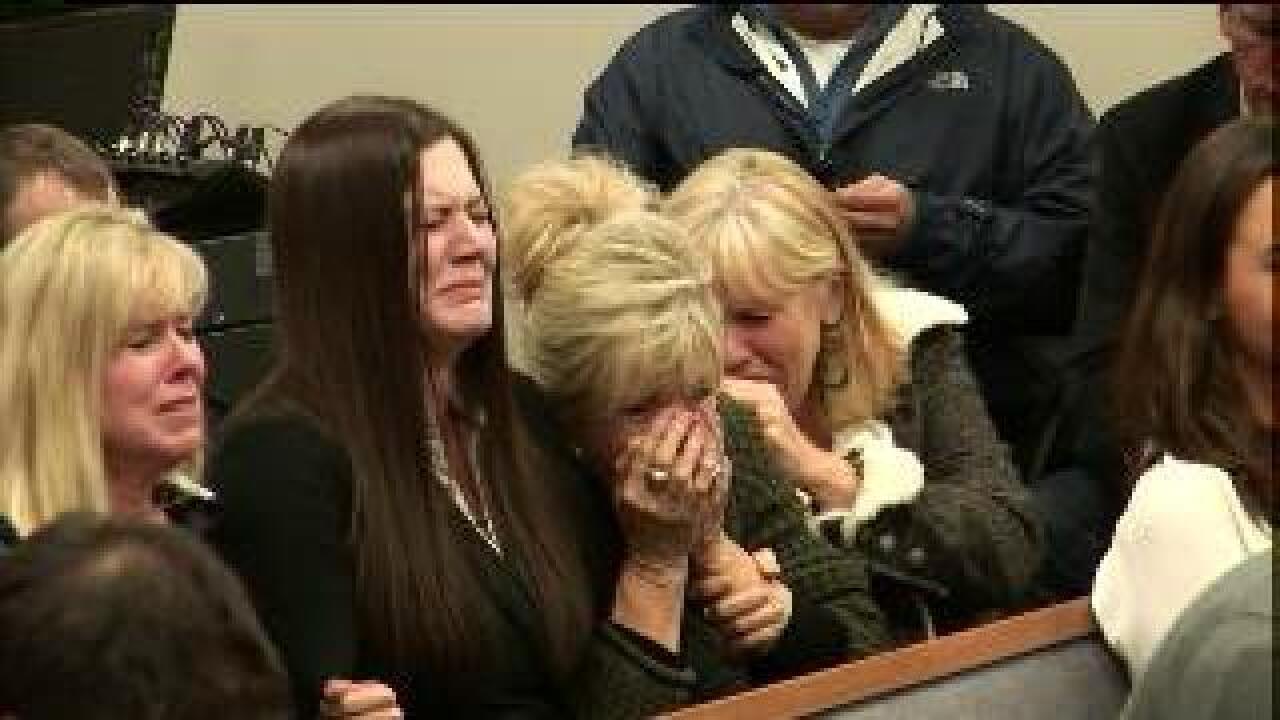 PROVO -- The attorney for convicted killer Dr. Martin MacNeill told FOX 13 on Monday he was "certain there will be an appeal" of his murder conviction.

Randall Spencer also said in an interview that he did not expect to handle the appeal himself, but anticipated it would be filed. Prosecutors were also anticipating an appeal.

"In most homicide cases when it goes to a jury, appeals are natural," said deputy Utah County Attorney Chad Grunander. "There's a number of evidentiary questions that go into trial."

Early Saturday morning, a jury of five men and three women handed down a pair of guilty verdicts against Dr. MacNeill, convicting him of murder and obstruction of justice after 11 hours of deliberations. Dr. MacNeill was accused of killing his wife, Michele, so he could continue an affair with another woman. Prosecutors said Dr. MacNeill drugged his wife, lured her to the bathtub and drowned her.

After the verdict was read, Michele's family met with members of the jury for a few minutes inside the Provo courthouse.

"It was really cool to be able to talk to them and thank them and they all gave us hugs and said, 'We're sorry for your loss,' and were really genuine about it," Michele's niece, Jill Harper-Smith, told FOX 13 on Monday.

Harper-Smith said she and other family members asked about deliberations. Jurors told the family they found Dr. MacNeill guilty of obstruction of justice first.

"He was getting rid of everything and that was the main thing for them that stood out. They said never once did they feel like Alexis was lying or changing her story. They believed her 100 percent," she said of Michele's daughter, who first brought her suspicions about her father to police.

Harper-Smith said the jury threw out the testimony of five inmates who had testified that Dr. MacNeill had made incriminating statements about killing his wife, while he was incarcerated. Defense attorneys attacked their credibility, saying they were offering their testimony in exchange for lighter sentences.

Dr. MacNeill's legal troubles are not over. He is scheduled to appear in court in Provo again next week, for a final pre-trial conference on charges of forcible sex abuse and witness tampering. In those charges, Dr. MacNeill is accused of groping a woman.

Spencer, who is representing the doctor on those charges, declined to speak on them. Meanwhile, Grunander told FOX 13 he did not foresee any other charges coming out of the case. After reviewing mistress Gypsy Willis' testimony, prosecutors declined to pursue perjury charges against her.

Grunander also said he did not expect any other investigations against Dr. MacNeill, despite rumors and whispers suggesting he was involved in other crimes.

"To my knowledge, this is all we have against Martin MacNeill," he said.