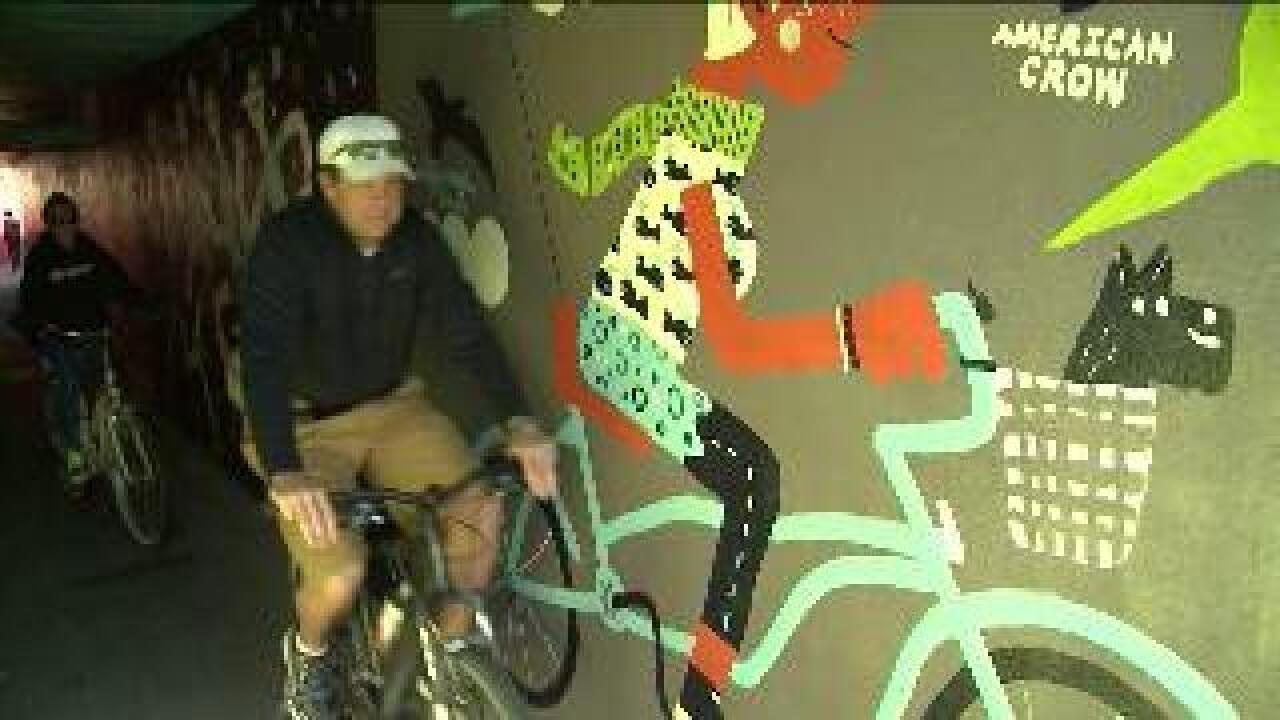 PROVO, Utah -- The Provo Police Department commissioned an artist to paint two tunnels along the Provo River trail in hopes that it might stop graffiti.

The Muralist, Jess Smart Smiley, spent 200 hours on the project, which depicts cartoon-like characters running, biking, and skating along the trail.

Smiley said he hopes it deters graffiti and promotes safety.

"I can't tell you how many times I was painting here and people would come through and say this is their first time through the tunnel, because now it looks safe," Smiley said. "I wish all my pictures could have that effect."

Provo police said they would like to see more of the murals and add that they feel it could revitalize the Provo River Trail.

"There's been a lot of negativity about the trail in the past couple of years, so we just wanted to show people that it is a safe place to come, and we can make it bright and cheery, and fun," said Janna-Lee Haigh, who is the special operations coordinator for the Provo Police Department.

The mural is covered in a gloss sealant to make it easier to remove future graffiti.