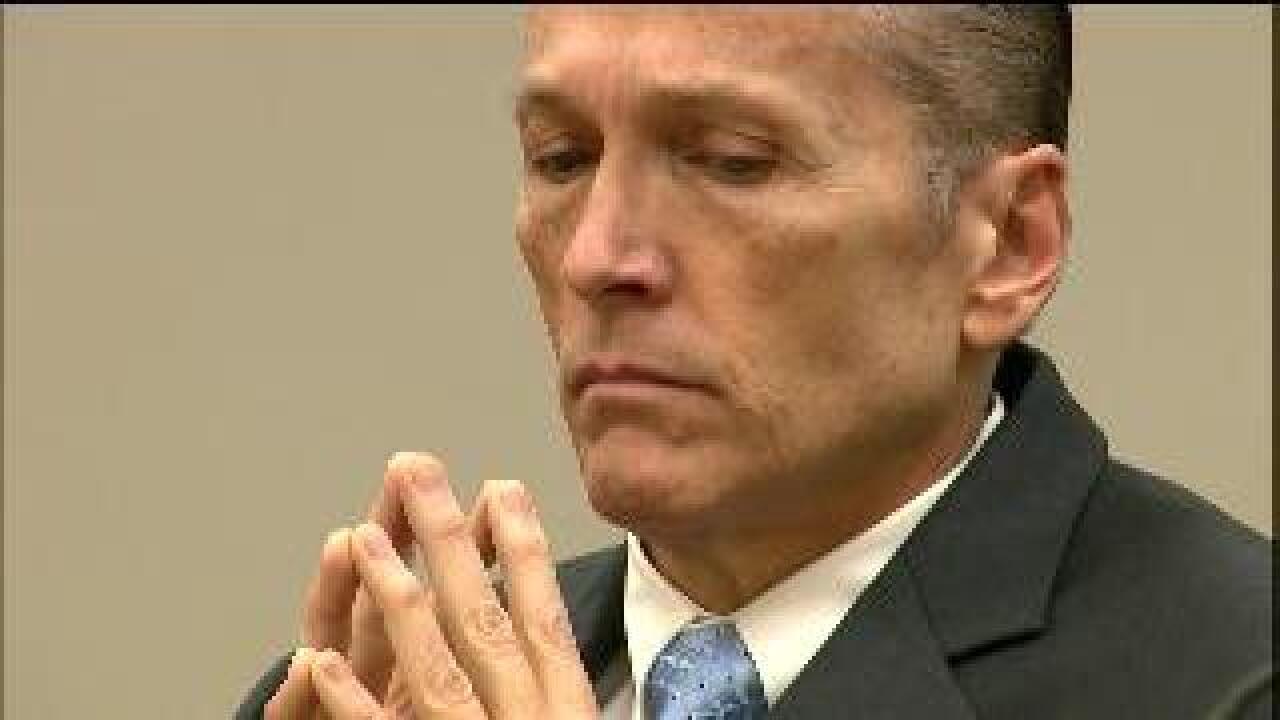 UPDATE: A jury has found Martin MacNeill guilty of murder and guilty of obstruction of justice. Click here for the details.

Proceedings had resumed briefly around 9:30 p.m. Friday as the jury had a question, which was: Is it Utah law the surviving spouse inherits the estate regardless of what a will says?

The judge and attorneys deliberated briefly before providing an answer, with the judge saying he felt "less is more."  The judge said he would tell the jury "The law relevant to the case is in the instructions."

Court resumed again about an hour later when the jury requested the 911 call made by MacNeill after Michele's death. An attempt was made to make a copy of the call, but technical difficulties prevented this.

PROVO -- The jury has begun deliberations in the murder trial of Dr. Martin MacNeill, accused of killing his wife so he could continue an affair with another woman.

The five men and three women entered the jury room about 1:57 p.m. Friday to decide the fate of Dr. MacNeill, who faces up to life in prison if convicted of first-degree felony murder and obstruction of justice in the death of Michele MacNeill.

"We're anxious and hoping for the best," said Michele's sister, Linda Cluff, as she left the courthouse.

MacNeill's daughter, Alexis Somers, who has accused her father of murder, thanked prosecutors for bringing the case to trial.

"We're just very grateful that my mom had a voice," she told FOX 13 News outside of court.

"The defendant carried out a cold and calculated plan to murder his wife. He relied on his knowledge and experience as a doctor and also as a lawyer to accomplish this," deputy Utah County Attorney Chad Grunander told the jury.

Grunander said MacNeill was having an affair with another woman and his wife had caught on.

"He was going to have to make a choice between Michele and Gypsy," Grunander told the jury.

Prosecutors used the testimony of four inmates who were incarcerated with Dr. MacNeill to bolster their timeline of events. They said Dr. MacNeill drugged his wife, lured her to the bathtub and held her down.

Within a couple of weeks, his mistress, Gypsy Willis, was moved into the family's Pleasant Grove home to be a "nanny." Within a month, prosecutors said, Dr. MacNeill proposed to her. On a fraudulent ID application, Grunander said, the couple put their marriage date as the same date Michele was buried.

"Ladies and gentlemen, that is nothing short of an admission of guilt," Grunander told the jury.

In his own closing statements, Dr. MacNeill's attorney, Randy Spencer, accused prosecutors of "cherry picking" the evidence to suit their case. He acknowledged to the jury his client was having an affair, and said moving his mistress in was "the most palatable way for his family."

Spencer noted that not one medical examiner has declared Michele's death a homicide, and the level of drugs in her body were within therapeutic levels -- meaning she could have taken them herself.

Spencer insists Michele MacNeill's death was not a murder.

"There's not evidence in this case that rises to the level of proof beyond a reasonable doubt," he told the jury. "It's simply not there."

The jury can deliberate late into Friday night, and Judge Derek Pullan left open the possibility of Saturday deliberations. Jurors have a 40 page instruction sheet to consider. The instructions to the jurors can be found in their entirety here.

Judge Pullan told the jury that they can consider Dr. MacNeill's affair as a motive for murder -- but it cannot be used as a "character trait." He also allowed the jury to decide whether or not Dr. MacNeill intended to kill his wife, seriously harm her or engage in what's known as "depraved indifference" -- meaning he would just let her die.

"The jury is not required to unanimously agree (on that)," Judge Pullan said.

Outside of court, Dr. MacNeill's defense attorney Susanne Gustin said he was ready for the next step.

"Mr. MacNeill has been very anxious for this day to come," Spencer added.