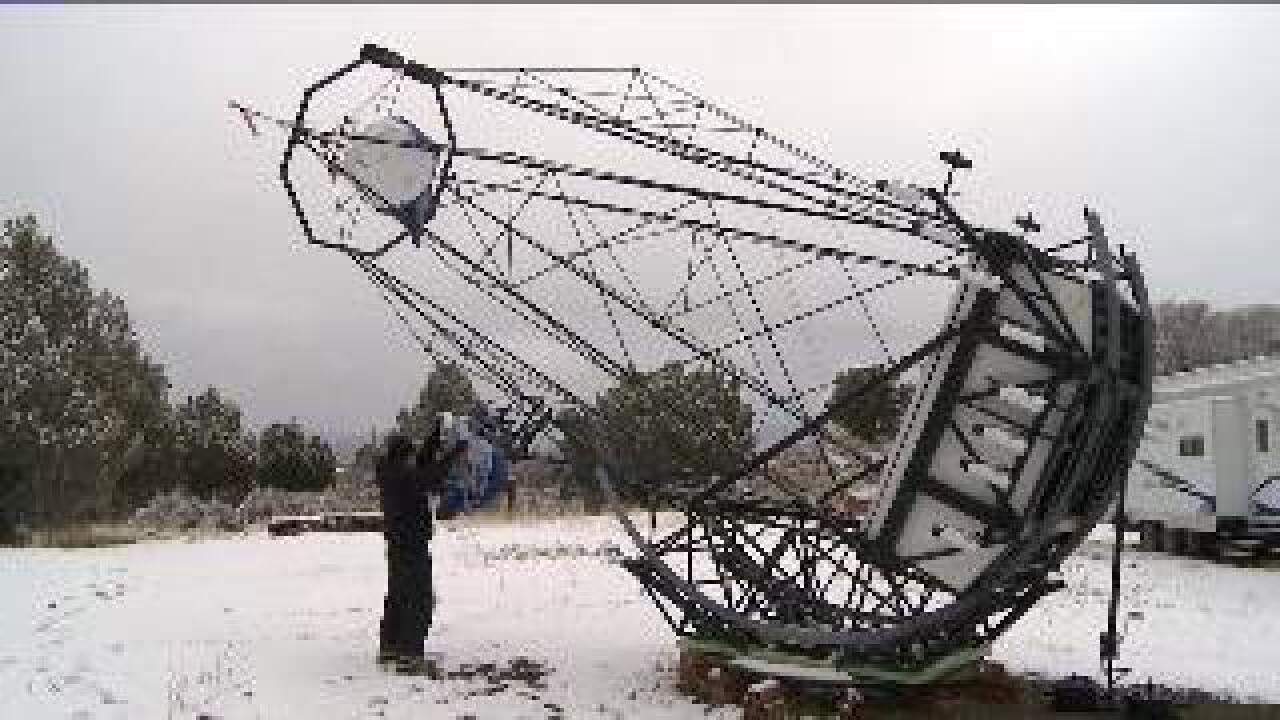 HERRIMAN, Utah – A Utah man has built what may be the largest amateur telescope on record, and the device enables users to view stars that previously had only been visible to the Hubble Telescope.

Mike Clements said he built the telescope despite a lack of formal training.

“I have no credentials,” he said. “I’m just a guy. I’m just an average guy who had a passion.”

The telescope is about 35-feet tall and roughly the size of a school bus, and it weighs about 3,000 pounds. Clements said the project got its start when he bought a 70-inch mirror that was at one time destined to be part of Cold War era spy satellite.

“The edge was slightly chipped during its manufacture,” he said. “In other words, it ended up in an auction house, where some civilian, such as myself, was able to get a hold of it.”

Clements said the mirror was one of only a handful of specialty items used in construction.

“All of the components, except for a few real specialized parts, all the components I purchased either at Lowe's, Home Depot or Wal-Mart,” he said.

Clements said the project took about a year and a half to complete, but he said he has been envisioning such a telescope for about 15 years. He said the creation gives him immense satisfaction.

“The only things I like more than looking through it is sharing it,” he said.

Clements said he is contacting Guinness World Records to verify the device is the largest amateur telescope ever built.