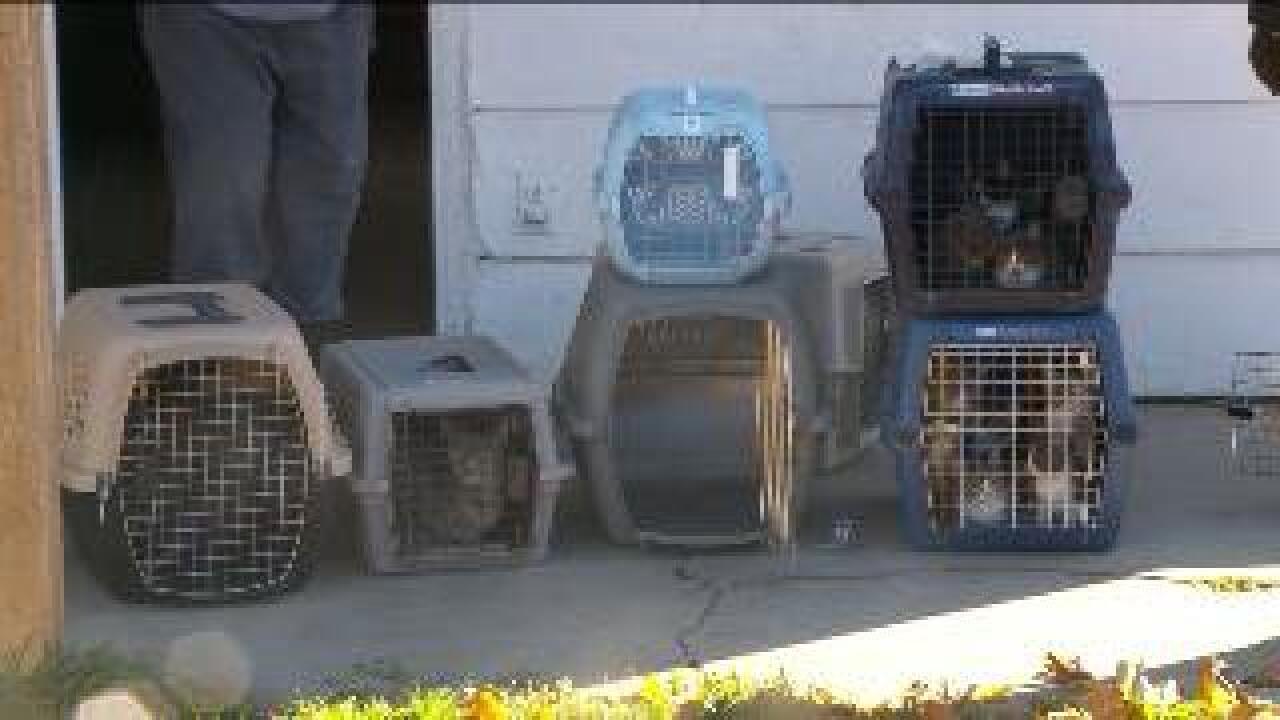 Officials said that two years ago, two elderly brothers thought they were watching a friend’s cat, but the owner refused to take the animal back.

And inside the crate was a bigger surprise: There was not one, but five cats.

Over the two-year period they multiplied. In all, there were nearly 40 cats inside and around the brothers’ basement apartment in Brigham City.

“It’s been out of control, we couldn’t afford to have anybody come get the cats,” one of the brothers told FOX 13 News.

He said it would’ve cost about $1,000 to get all the cats removed from the home, so the problem continued to spiral out of control.

Neighbors noticed it and said the city trapped some of the cats, but the rescue effort Friday was sparked by the landlord evicting the brothers and calling animal control.

Animal control called the Utah Animal Adoption Center, and foster moms and volunteers rescued the kitties, who were hungry but otherwise healthy.

“Thirty-one will go back to our center and be placed in foster homes where we can evaluate their health and their temperament and have a veterinarian look at them,” said Lindsay Ortega with the Utah Animal Adoption Center.

Now, they’ll receive their vaccinations, get spayed and neutered and will be adopted or released to feral cat colonies. Neighbors are relieved someone finally dealt with the issue.

“I guarantee you the neighbors are happy to see them gone,” said neighbor Steve Child. “We have water irrigation, and there’s times when it’s plugged with dead cats. It’s a pain.”

Animal rescuers said there’s a lesson in all this.

“Spay and neuter your animals, and if you need help, ask for it because there are resources out there,” Ortega said.

"You can get free vouchers, discounted vouchers," said Karol Johnson, who fostered some of the cats.