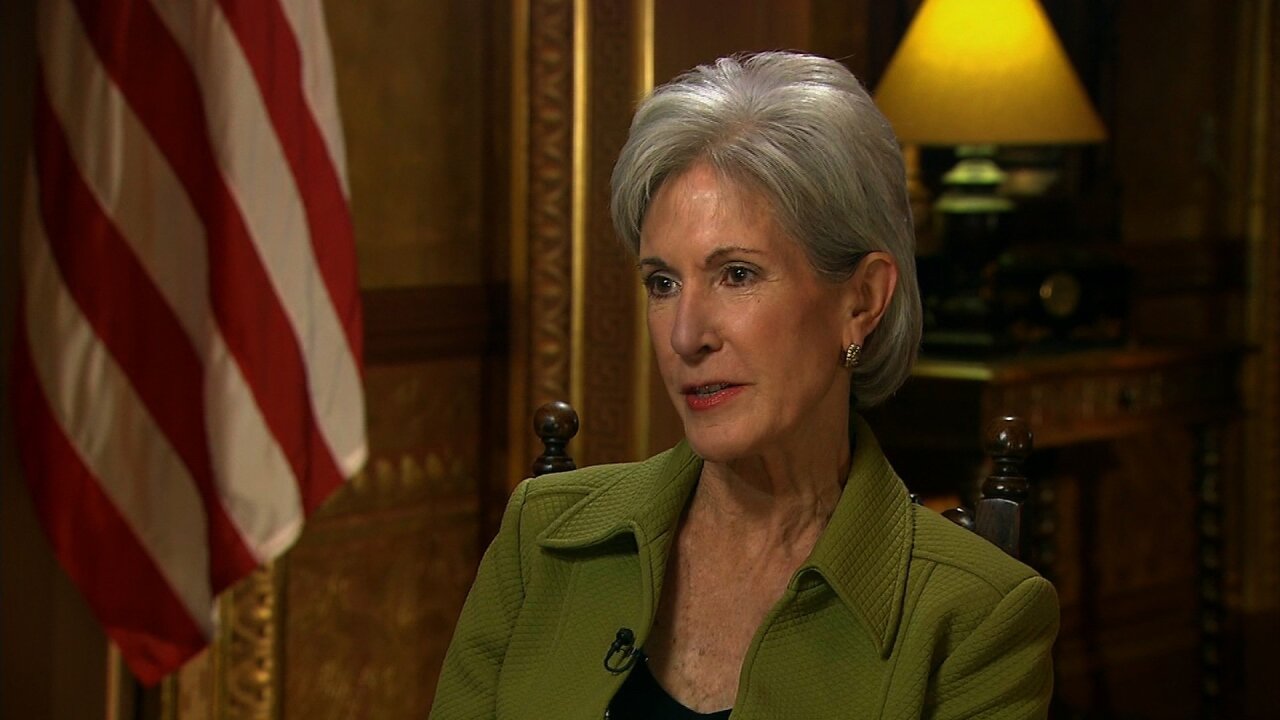 In an exclusive interview with CNN’s Dr. Sanjay Gupta, Health and Human Services Secretary Kathleen Sebelius admitted Tuesday, October 22, 2013, that there is significant concern in her department and the White House over the technical debacle surrounding the Obamacare website’s rollout.

President Barack Obama said Wednesday the Obamacare website is too slow and too many people “have gotten stuck” in it, adding “I’m not happy about it.” The President said in Boston that he takes “full responsibility for making sure it gets fixed ASAP.”

She apologized for the “miserably frustrating” problems with the Obamacare website and promised it would get fixed.

But no matter what Health and Human Services Secretary Kathleen Sebelius told a House committee Wednesday, her words were no match for the screen showing that HealthCare.gov was telling its users: “The system is down at the moment.”

The 3 1/2-hour House Energy and Commerce Committee hearing was a public grilling of Sebelius over the problems with President Barack Obama’s signature health care reforms as well as a public platform for the partisan politics that have dominated debate on the 2010 Affordable Care Act.

Sebelius promised the packed hearing room that a “vast majority” of consumers will be able to shop online for health insurance under Obamacare by the end of November without the problems currently being reported, such as Wednesday’s inaccessibility.

“In these early weeks, access to HealthCare.gov has been a miserably frustrating experience for way too many Americans, including many who have waited years, in some cases their entire lives, for the security of health insurance,” Sebelius said, adding she was “as frustrated and angry as anyone” with the flawed launch of the website.

Speaking directly to Americans confronting the problems, Sebelius said: “You deserve better. I apologize. I’m accountable to you for fixing these problems.”

The former Kansas governor also admitted to having made a mistake when she told Obama the website was “ready to go” for its October 1 launch.

“Clearly, I was wrong. We were wrong,” she said. “We knew that in any big, new, complicated system there would be problems. No one ever imagined the volume of issues and problems that we have had and we must fix it.”

Republican Rep. Fred Upton of Michigan, the panel’s chairman, opened the hearing by saying news of Obamacare problems “seems to get worse by the day,” adding that “Americans are scared” and “may be losing their faith in the government.”

However, Sebelius said the sweeping health care program has delivered on its central promise to provide affordable coverage. Thousands of people have been able to access the website to look at new health coverage options that will give them security of knowing they won’t go bankrupt if they get sick, she said.

She echoed the overall administration stance — that a team of experts is scrambling to fix the errors.

Republicans have called for Sebelius to be fired for the Obamacare problems, but a White House spokesman said Wednesday that Obama has “complete confidence” in her.

“She took responsibility for many of the problems that are evident with the (Obamacare) website, but she also deserves credit for the other aspects of the Affordable Care Act implementation that have gone well,” spokesman Josh Earnest told reporters.

The hearing included fiery partisan exchanges with Republicans, who have tried to dismantle the health care reforms. They said the website problems foreshadow deeper issues while Democrats accused them of trying to kill reforms that benefit millions of Americans.

GOP legislators repeatedly cited letters from insurance companies informing some people with individual policies that their plans were being changed or discontinued as proof that Obama misled the public when he repeatedly promised Americans could keep coverage they liked under the reforms.

“We also are most concerned about the hundreds of thousands, if not millions of folks who in fact have gotten a cancellation from their individual insurance plan,” Upton said after the hearing.

Asked about the canceled or altered policies, Sebelius said Obama was accurate because people who bought their own health coverage before Obamacare was signed into law in 2010 can keep those policies if they choose under a “grandfather” clause included in the legislation.

Therefore, those who like their health care plan can keep it, she said, relying on the technicality that the coverage must predate the law.

According to the Kaiser Family Foundation website, 15.4 million people had individual health care coverage in 2011, representing about 5% of the population. The vast majority of Americans have coverage through their employer, Medicare, Medicaid or other public providers and will not be affected by changes involving individual coverage.

White House spokesman Jay Carney said Tuesday that “a significant portion” of the 5% of people with individual coverage will end up paying less for better policies when they shop around in the new exchanges.

At Wednesday’s hearing, Sebelius said the troubled Obamacare website has cost $174 million so far, including $56 million for technological support, and that the government still owed more under contracts with outside companies that run well into 2014.

Some of the criticism of the website’s launch has to do with what Obama and other officials knew and when they knew it.

CNN has learned the administration received stark warnings just one month before the launch that the federal health care site was not ready to go live, according to a confidential report.

The caution, from the main contractor CGI Federal, warned of a number of risks and issues for HealthCare.gov, even as company executives were testifying publicly that the project had achieved key milestones.

Sebelius told the committee that the outside contractors that built the website never recommended delaying the October 1 launch.

She admitted that “we did not adequately do end-to-end testing” of the website and that various components “were not locked and loaded into the system” until mid-September.

The contracts with the private companies working on the Obamacare website do not have any “built-in penalties” allowing her department to charge them for disappointing or faulty work, Sebelius said. However, she said the agency will not pay for incomplete work.

Republican Rep. Mike Rogers of Michigan, who chairs the House Intelligence Committee, accused Sebelius of putting the private information of Americans at risk by failing to properly test security measures on the website.

“This is a completely unacceptable level of security,” he said. “You know it’s not secure.”

An internal government memo, obtained by CNN on Wednesday and written just days before the website opened, warned of a “high” security risk because of a lack of testing.

“Due to system readiness issues, the (security control assessment) was only partly completed,” said the memo from the Centers for Medicare and Medicaid Services. “This constitutes a risk that must be accepted and mitigated to support the Marketplace Day 1 operations.”

In an exclusive interview with CNN last week, Sebelius said Obama didn’t know of the problems with the Affordable Care Act’s website until after the troubled launch. This was despite the fact that insurance companies had been complaining and the site crashed during a pre-launch test run.

One of her lieutenants — Marilyn Tavenner, who heads the Centers for Medicare and Medicaid Services unit that oversees the HealthCare.gov website — became the first government official to face congressional questioning on Tuesday at a House Ways and Means Committee hearing.