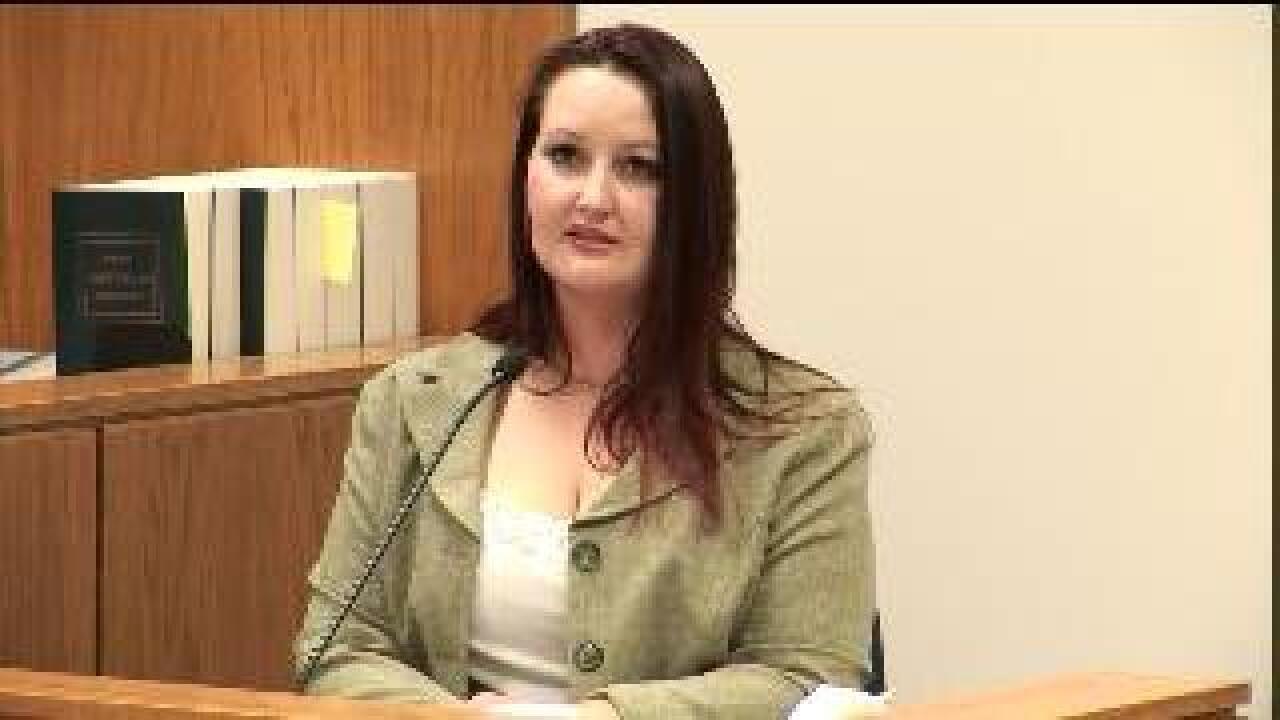 PROVO -- The woman Dr. Martin MacNeill is accused of killing his wife for took the witness stand Friday, detailing her affair with him.

Gypsy Willis began her testimony by detailing the names she has gone by, including "Jillian MacNeill."

Willis smiled in court, but did not appear to make much eye contact with MacNeill, who sat stone faced. She is testifying for the prosecution under the terms of a plea deal.

Willis testified for prosecutors about her relationship with her former lover, which began in 2005 when the couple met online.

"It was a casual thing," she told the jury. "Whenever he had time and it could be arranged."

Over the next two years, Willis said, Dr. MacNeill paid for part of her schooling and she moved into a duplex he was paying for. The relationship also got more serious.

"I was seeing him a little more," she said. "I didn't see as many other people."

The day of Michele's funeral, prosecutors said the couple exchanged 22 text messages -- four of them during the services. Willis testified she attended Michele MacNeill's funeral, and spoke to Martin after the service.

"I said, 'I hope you're all right and if there's anything I can do, let me know,'" she told the jury.

A few days later, Willis testified that she first met Dr. MacNeill's oldest daughter, Rachel, at the American Fork LDS temple. Pead pressed Willis about whether or not Dr. MacNeill "staged" the encounter. Willis said she was "to walk up, introduce myself and strike up a conversation."

"He wanted me to meet his family under the best possible circumstances," Willis said.

The ruse was for her to be a nanny for the MacNeill children. Willis testified that she later met more MacNeill family members when applying for the job and going through an interview.

"I don't think Martin would have had me come and help if the children didn't want me," she said.

Willis' testimony was cut short when the judge ended proceedings for the day. She will testify again on Tuesday. She left the courthouse without saying anything.