How the Utah rock tumble is connected to Jodi Arias 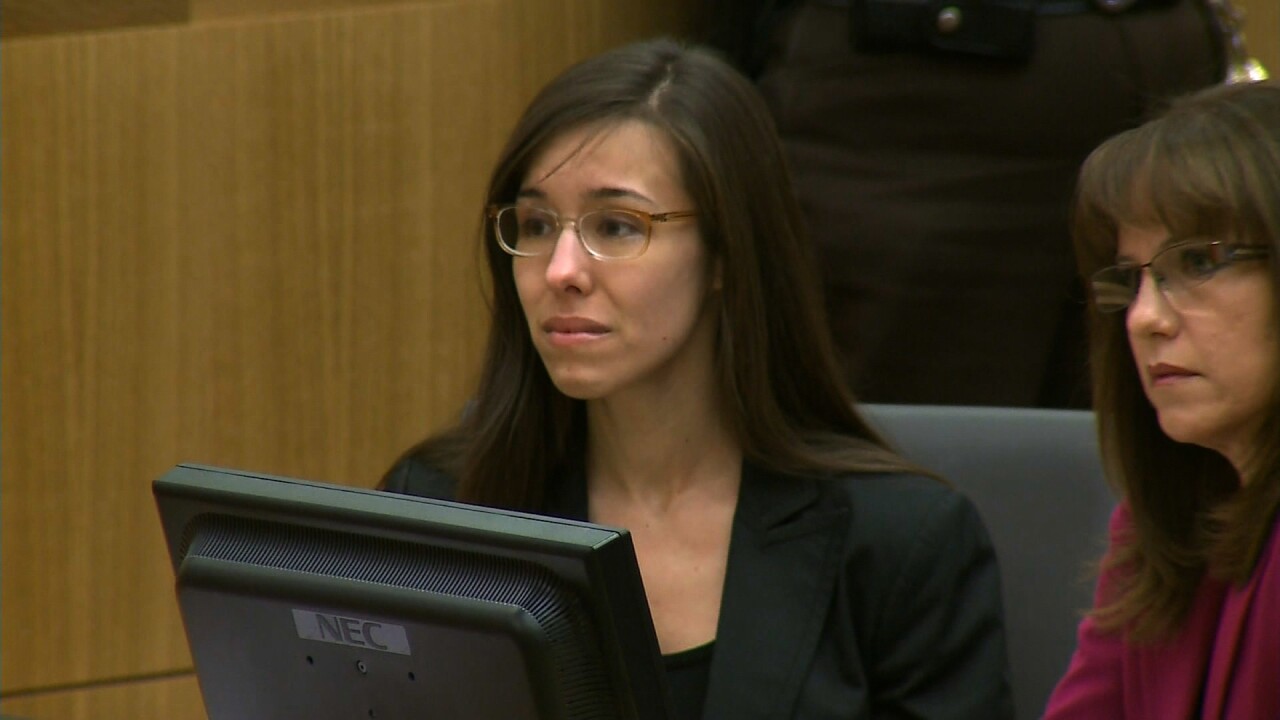 (CNN) — If you followed the Jodi Arias trial this year, you may have noticed a familiar face pop up on the video that captured a boulder in Utah being toppled over.

That’s right, your eyes weren’t deceiving you: It was Dave Hall, one of Travis Alexander’s good friends who spoke out regularly about the woman convicted of first-degree murder in May after stabbing, shooting and slitting the throat of the 30-year-old.

Now, Hall and two other men could be in big trouble for destroying the giant boulder, which was perched for many years atop a slender rock pedestal in southern Utah’s Goblin Valley State Park. The three men say the balancing boulder, which was created over millions of years by windblown dust and moving water, posed a threat to visitors. But it’s against the law to deface state parks, so now the men could face time behind bars.

Hall is the guy behind the camera who sings “Wiggle it, just a little bit” as Glenn Taylor pushes the boulder over. At one point, Hall turns the camera around on himself — and this isn’t the first time he has appeared in the national spotlight.

Throughout the Arias trial, Hall appeared numerous times on HLN to talk about the life and legacy of his friend Alexander and to paint an unflattering picture of his killer.

“There was just something really weird about (Jodi Arias), and when she spent time with you, you even got more creeped out,” Hall told HLN’s Nancy Grace in January. “Just the way she acted in our home. The way that she had this awkward silence about her. The way that she just had no soul. You could almost see through her. It’s not someone you could sit down with and have a conversation. She was very mysterious.”

Hall saw Arias just hours after she killed Alexander in his Mesa, Arizona, home on June 4, 2008. He noticed that Arias was wearing a long-sleeved shirt even though it was extremely hot that day. Hall joined a group of Alexander’s friends who alerted authorities about the on-again, off-again girlfriend once they heard details of Alexander’s brutal slaying.

Arias’ defense attorneys told jurors she was Alexander’s dirty little secret and was forced to defend herself after months of verbal and physical abuse.

“None of his friends really clicked with Jodi. … For some reason or other, Jodi stayed around. They had a little bit of a secret relationship … and I think he kept it a secret because he knew how disappointed his friends would be if we found out he was still dating Jodi,” Hall said in January.

Hall inherited some of Alexander’s work suits following his death. He embroidered the inside of one of the jacket pockets “In Memory of Travis Alexander.” Every time he wears one of the suits, he says, he thinks of his friend who he called one of the “funniest guys you ever got to hang around with.”

Hall, along with the other two Boy Scout leaders involved in the boulder incident, are under investigation, according to Utah State Parks spokesman Eugene Swalberg.

“It gives you a pit in your stomach. There seems to be a lot of happiness and joy with the individuals doing this, and it’s not right. This is not what you do at a natural scenic area,” Swalberg told CNN.

A few days after the incident, Hall told KUTV that he’d “absolutely” do it again because the boulder — known locally as a goblin — had been unstable. “That wasn’t going to last very long at all,” he told the HLN affiliate. “One gust of wind, and a family’s dead.”

“We have now modified Goblin Valley; a new Goblin Valley exists,” Hall can be heard saying on the video, shot October 11. “That’s crazy that it was held up just by that little bit of dirt. Some little kid was about ready to walk down here and die, and Glenn saved his life by getting the boulder out of the way. So it’s all about saving lives here at Goblin Valley. Saving lives. That’s what we’re all about.”