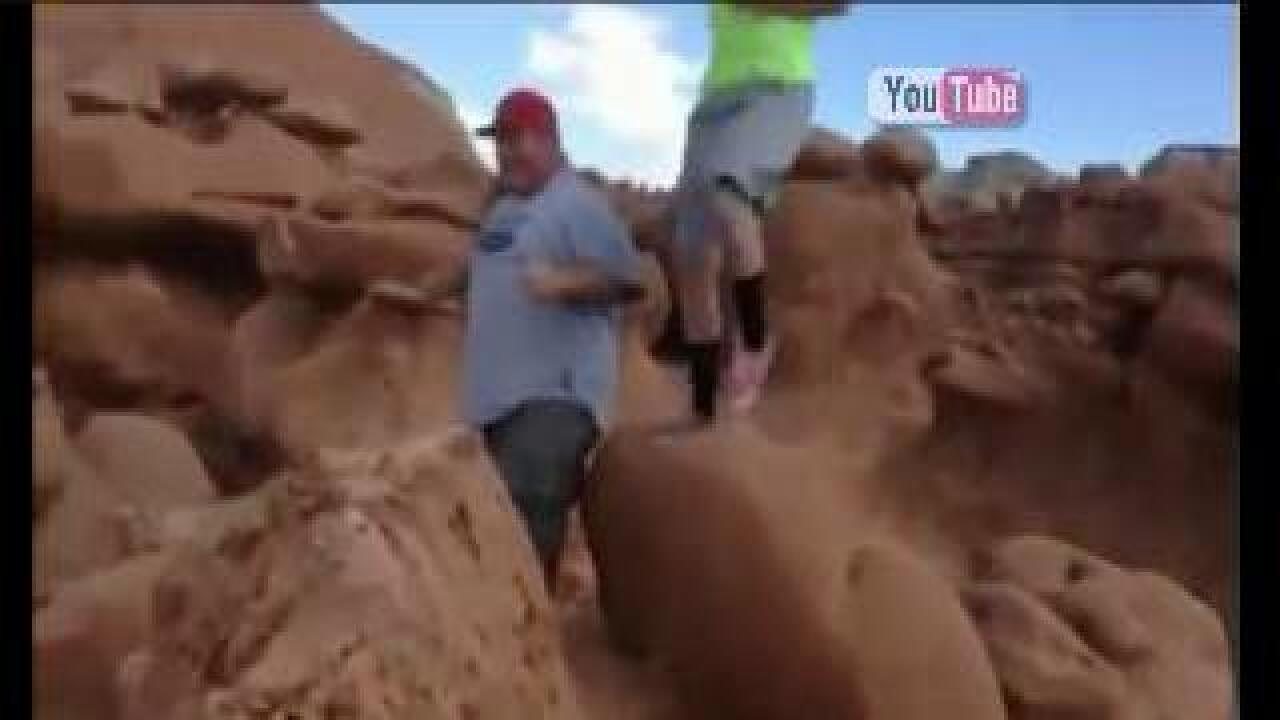 SALT LAKE CITY -- Two of the three men, Glenn Taylor and Dave Hall, have been kicked out of the Boy Scouts.

"The reality is we're very disappointed with the actions that were taken in Goblin Valley," said Scout Executive Dave Pack.

Pack has been in scouting for nearly 30 years in Utah County. His jaw dropped when he saw the video of scout leader Glenn Taylor toppling a 200-million year-old goblin in Utah's Goblin Valley State Park during a scouting camping trip two weeks ago.

"We pride ourselves for decades teaching "leave no trace" and leave areas better than you found it and it's reprehensible for us that adult leaders would not only do the things they did but with their scouting boys and the example that it sets," Pack said.

Since hitting the internet Oct. 17, the video's garnered more than 4 million views with the two insisting they toppled the dinosaur-era sandstone formation because it was loose.  They were afraid it could fall on someone.

"If there really was a concern over safety they shouldn't have taken matters into their own hands – and they have talked to officials at the state park and had them take care of it," Pack said.

There was no response Monday from the men in the video but Glenn Taylor previously expressed regret for his actions and concern about being kicked out of the scouts.

“I love the Boy Scouts, I`m sorry they`re going through with this,” Taylor said. “I wish we would`ve gotten a ranger and let him push it over.”

It’s a decision that may have criminal consequences.  The Emery County Attorney is still waiting to receive a case as Utah State Parks officials are investigators possible felony charges.