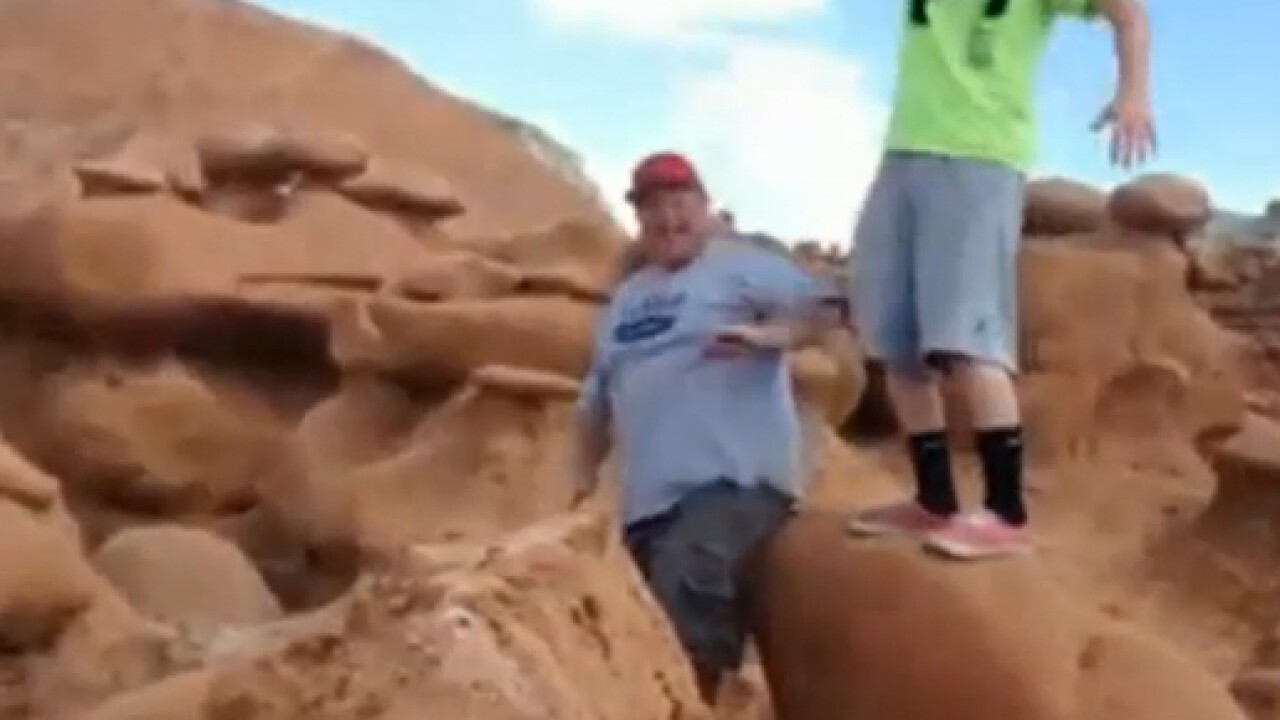 Authorities are investigating after this video, which appears to show three men destroying a rock formation in Goblin Valley State Park, surfaced online.

Jeff Rasmussen, deputy director of Utah State Parks and Recreation, said they are investigating the incident after the video came to their attention on Wednesday.

“Obviously we’re very concerned and upset that somebody would come and destroy this natural wonder that took millions of years to be formed,” he said.

Rasmussen said authorities are working to determine what charges would be appropriate for the suspects.

One of the men in the video spoke to FOX 13 News about the incident, and he said they toppled the rock because they thought it was dangerous. Click here for that interview.