Utah families on food stamps could be cut off soon 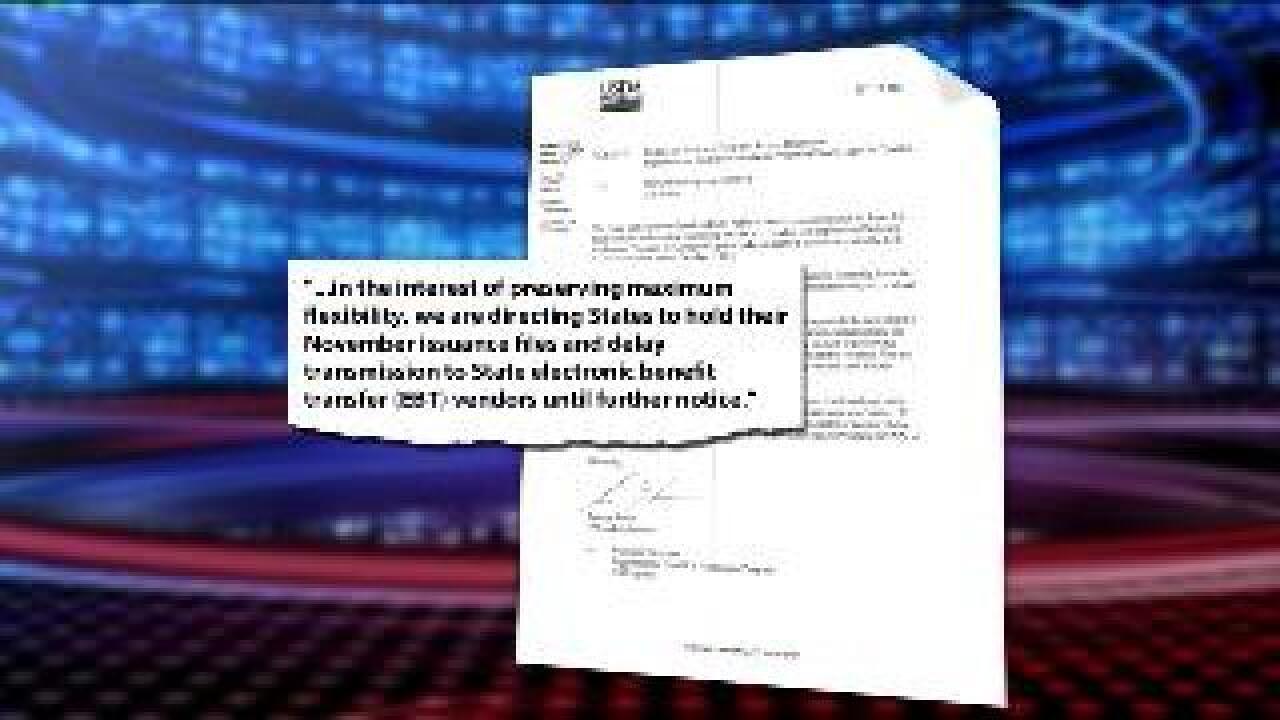 States across the country are being told to stop the supplemental nutrition assistance program for the month of November, pending further notice.

That's according to a letter from the U.S. Department of Agriculture. Fox 13 obtained a copy from the Crossroads Urban Center in downtown Salt Lake City. Crossroads says if Utah families don't get food stamps, they'll turn to the local food pantries, which are already strapped due to the government shutdown. Homeless people Fox 13 talked to, some who use SNAP, say losing food stamps would mean going hungry.

"This is going to create a huge hardship for the people we serve here in our food pantry," says Bill Tibbits who is the Associate Director at Crossroads Urban Center.

They posted a letter from the USDA on its Facebook page. It says in part, "in the interest of preserving maximum flexibility, we are directing states to hold their November issuance files and delay transmission to state electronic benefit transfer vendors until further notice."

"What this means if there's not a deal, if Congress doesn't reach a deal to get federal government back up and running, in Utah about 100,000 families won't get food stamp benefit," says Tibbits.

In other words, tens of thousands of Utah families may not be able to feed their children come November.

People out on the streets like Richard Phillips says, "It could impact us and it's going to cause problems because you're going to come to find out that people are going to steal and do what they have to do to survive."

Others say if SNAP shuts down, they'll find a way to feed themselves.

"There's always food pantries to go to, to get food," says Mason who is homeless and relies on food stamps. However, Crossroads says there's no way they could handle the increase if food stamps go away.

"We'll be affected because if people, if a family doesn't get food stamp benefits, they're going to come here," says Tibbits. "Wee can't, there's no way we could deal with it."

The local pantries are already feeling the pinch because WIC, a federal program which provides baby formula and food to families in need has been affected by the shutdown. With SNAP on the chopping block temporarily, Crossroads fears their shelves will soon be empty.