Woman involved in accident with 2 trains was fleeing police 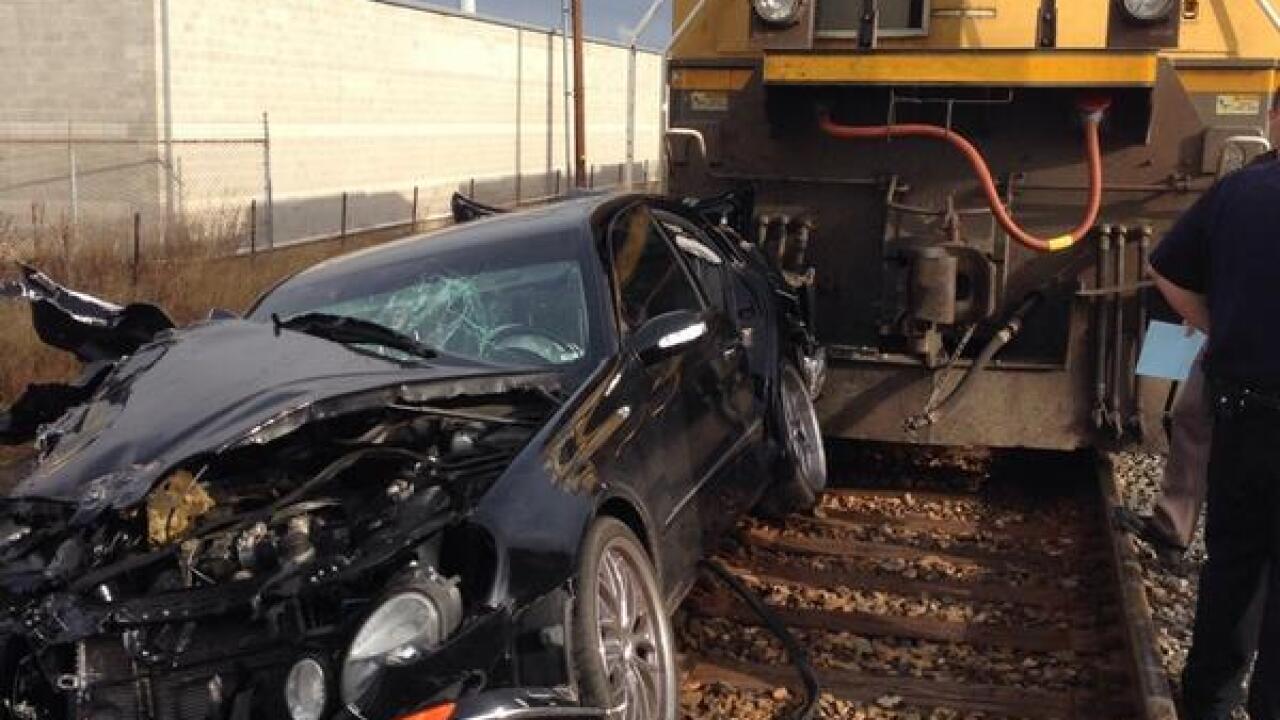 WOODS CROSS, Utah – A woman was involved in a wreck with two trains Sunday morning, and Police said the 29-year-old woman was fleeing police when the accident occurred.

Officials said the woman walked away with only a broken arm, which seems like a miracle considering images of the vehicle.

The mangled Mercedes sat pinned under the train for several hours after the driver was rushed to the hospital.

“It just couldn’t stop in time,” he said of the woman’s vehicle. “It was too close to the incident, didn't have time to stop.”

Click here for dashboard camera footage of the chase and crash.

At about 8:20 a.m., police responded to an unwanted guest  disturbance call  at 2300 South and Redwood Road. In other words, the suspect wouldn't leave someone's house.

“Our complainant gave a vehicle description of someone that was involved,” Osoro said. “At that time, one of our patrolmen spotted the vehicle and attempted to stop it on Redwood Road.”

When the woman didn’t pull over for police, a brief chase began. Osoro said it was during the chase the woman and the trains collided.

“There was already a southbound train going across 2600 south, and she hit that train while it was crossing,”Osoro said. “While officers were trying to get her out of her car, a second southbound train hit her vehicle.”

Despite the impacts, the woman suffered only a broken arm.

“The vehicle sustained heavy damage, so in this case she’s very lucky to still be with us,” Osoro said.

Witnesses involved said alcohol was present at the original location, but police haven’t confirmed whether the woman was intoxicated.

Police officials said she faces charges for evading arrest, and additional charges are being investigated.