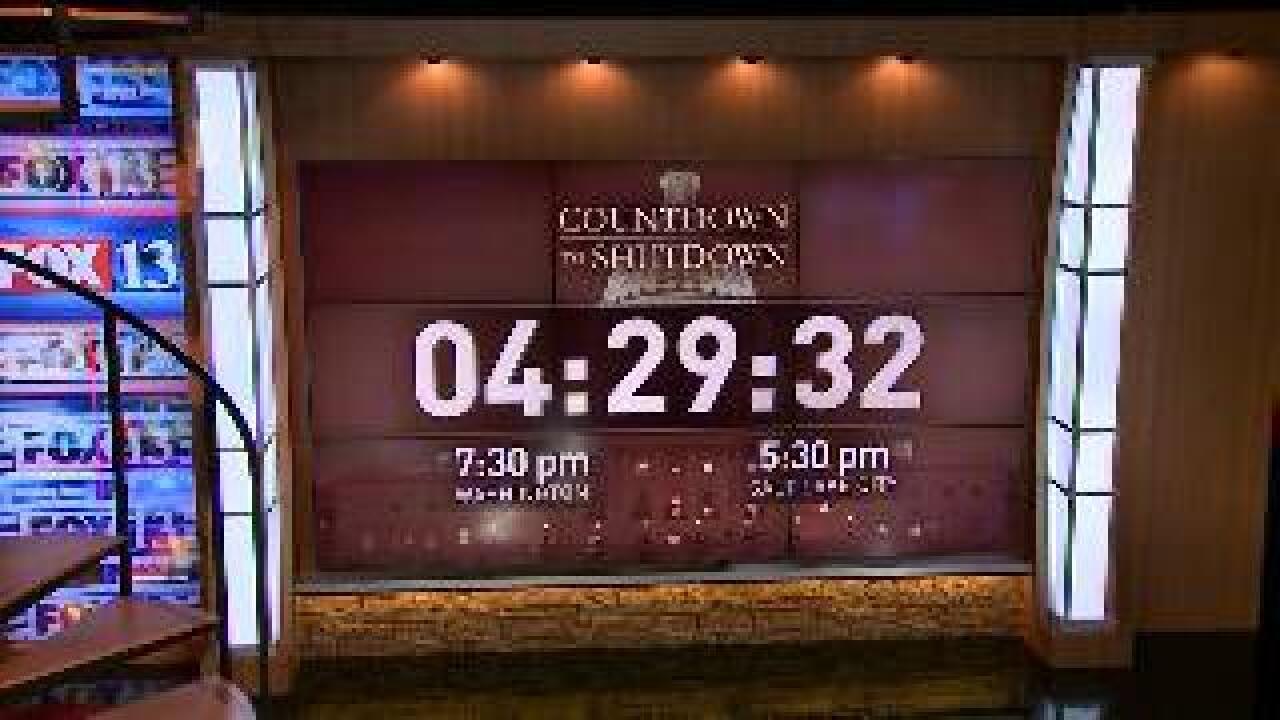 “We would close the park to the public,” said Zion National Park superintendent Jock Whitworth. “But we have been directed to leave the thoroughfare open.”

Whitworth said only exempt personnel, about 190 employees, would come to work Tuesday in the event of a government shutdown.

“Only those who have specific duties, that need to be done, for safety, security,” Whitworth said.

Trails, visitor centers and shuttles would all stay silent.

Campers and those staying at the lodge would be given 48 hours before they’d be forced to check out.  If the shutdown continues, then they too would need to leave. Only those visitors traveling through on U.S. Highway 9 would be allowed past the gate. All others would be turned away.

“I think it would spoil it for a great many people,” said tourist Michael Balenski. “We’ve had a lovely time here and we’d like to be able to continue to do that and we think everyone else should be able to do that as well.”

The lack of tourists wouldn’t just be bad for the parks. It’s also bad for the local businesses that depend on those visitors for income.

“The biggest thing is outfitting folks to hike the Zion Narrows,” said Zion Adventure Company assistant general manager Shelley Buckingham. “That is a significant portion of our business, about 50 percent.”

Buckingham said state parks and unrestricted BLM land would still be accessible in the event of a shutdown, so they’d try and steer tourists that way. But she said it would be hard to be so close, and have one of the nation’s most popular parks out of reach.

“Luckily, for some reason, southern Utah is just bursting with beauty. So we can see similar things still here,” Buckingham said. “Of course, I’d love to get you out there, but we’ll just wait for the government to do their job, so I can do mine.”

For more information on how the government shutdown would affect BLM land visit http://www.doi.gov/shutdown/fy2014/upload/BLM-FAQ.pdf.

For information on state parks that will remain open visit