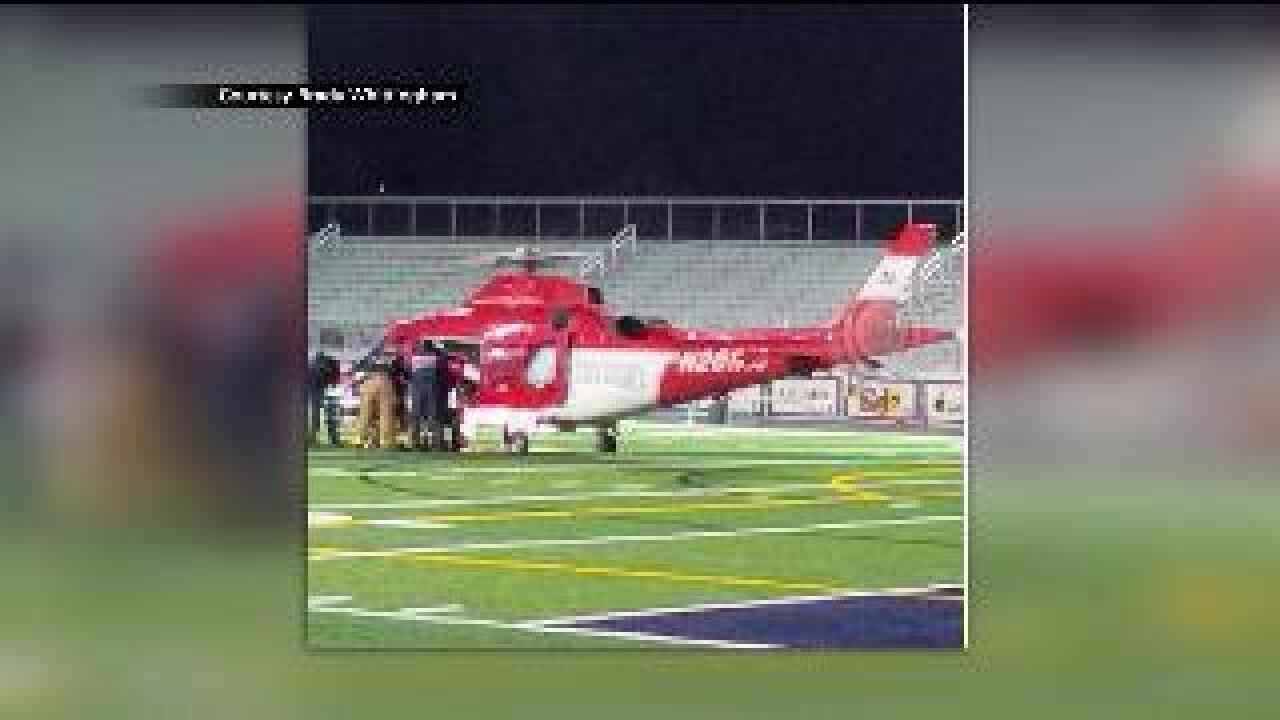 OREM, Utah -- Jackson Dunford is making the most of his senior year at Timpanogos High School. Wearing number 13, Jackson plays on both sides of the ball: He is the Timberwolves’ starting quarterback on offense and a safety on defense.

But Jackson said his last game, on Friday against Corner Canyon, is kind of a blur.

“I don’t remember the last play at all,” Jackson said.

The senior said he was knocked out twice during the game. The first time, he was playing defense.

“I just got hit in the head,” Jackson said. “But I waked up, and my balance was fine and everything, so I walked out again.”

Jackson said trainers checked him for symptoms of a concussion on the sideline, but he seemed OK, so he sat out the rest of the defensive series and returned to the field on offense.

Jackson was knocked out a second time a few minutes later when a hard tackle hit his helmet onto the field, knocking him unconscious for a couple of minutes.

“At some point I realized he wasn’t moving,” said John Dunford, Jackson’s dad. “And I wanted to go out on the field and see what was going on.”

John Dunford said he was concerned, but he knew his son was in good hands as trainers slowly sat him up and helped him to his feet.

“I got up,” Jackson said. “I remember walking, trying to get off the field. I remember I collapsed again, and I just remember being in the helicopter.”

There were seven minutes left in the fourth quarter when play stopped. Corner Canyon was winning by four touchdowns, so the teams decided to call the game.

Jackson was flown to Intermountain Medical Center in Murray, where doctors told him he had suffered a concussion--his second concussion in two seasons.

According to Utah law, Jackson has to get cleared by a doctor before he can return to the field, and he will likely miss this coming week’s game.

The senior said he was ‘kind of scared’ by the whole experience, but getting hurt is a risk he’s willing to take to play the game.

“Everybody knows when you sign up for football it’s not a patty cake sport,” Jackson said. “I just love it, so, I’ll just go out there and play, I guess.”

When his son returns to the field, dad said he’ll be right behind him.

“I know he loves the game, but I want to see him playing safely, and I know he wants to play safely as well,” John Dunford said. “If he has to take two weeks off, that’s fine. That’s great- whatever he needs to get himself symptom-free.”