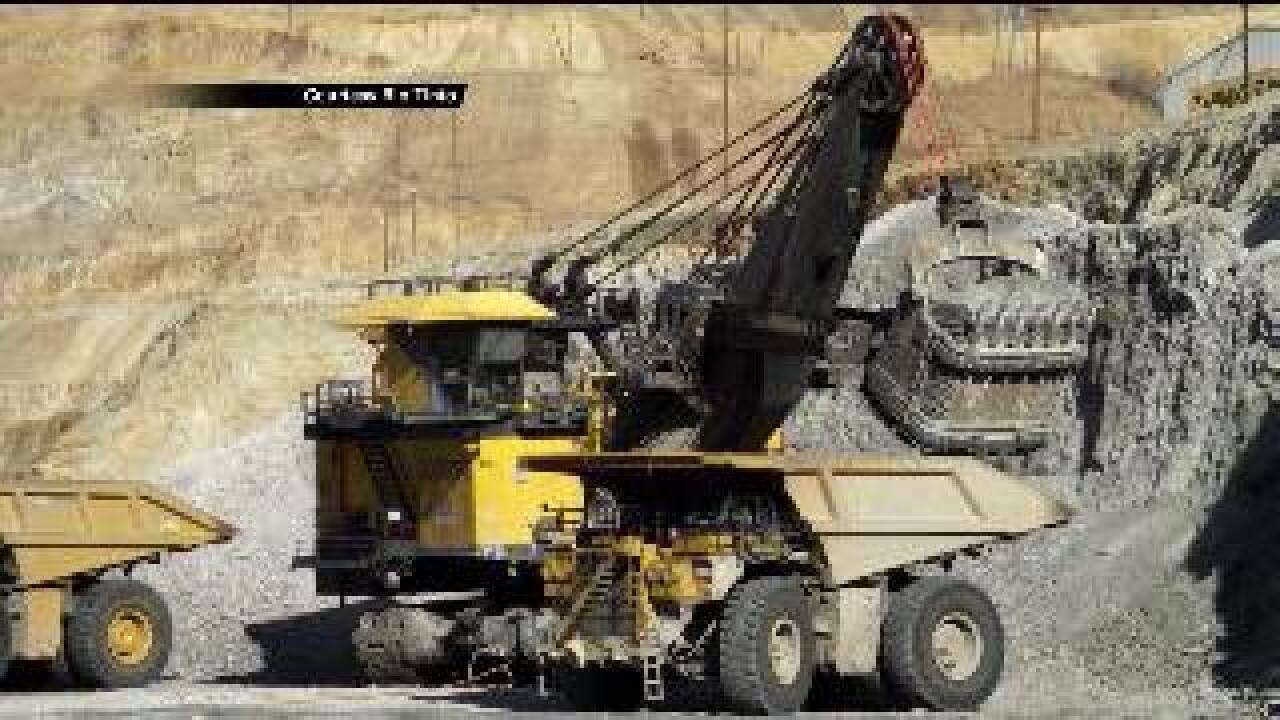 Utah Physicians for a Healthy Environment says the mine contributes to 30 percent of the particulate pollution in Salt Lake County.  The group sued Kennecott, arguing that the state wasn’t authorized to approve a 2011 permit allowing Kennecott to expand because it violated the federal Clean Air Act.

The record landslide that hit the mine in April cut production in half but Kennecott claims its trucks are still moving 260 million tons of earth a year, a significant increase because of the state-approved permit.

“They moved more earth than they were allowed to, thus creating more pollution and we're out of compliance with the Clean Air Act," said Cherise Udell of Utah Moms for Clean Air.

"We have always worked within the permits the Division of Air Quality approved," said Kennecott spokesman Justin Jones.

That’s what Kennecott argued in court, that it’s always played by the rules.  Utah has a joint agreement with the EPA that limits how much earth mines can move.  It's called a state implementation plan or SIP and Kennecott’s lawyers say as long as the copper company is following that agreement it doesn’t have to ask the EPA for permission to expand.  Kennecott believes getting permission from Utah is sufficient.

"The EPA has approved the 1994 state implementation plan and we operated within that approved plan to request changes and the division of air quality has approved of those requested changes," Jones said.

"The EPA says if you're gonna revise a SIP you need our authorization," said Joro Walker, attorney for Utah Physicians for a Healthy Environment

The case comes down to whether Utah or the EPA has the final say and a federal judge must interpret some tricky legal language.

"It's really just in the judge's hand at this point.  He's taken it under advisement, it could be a few weeks, we really don't know at this point,” said Kennecott attorney Mike Zody.