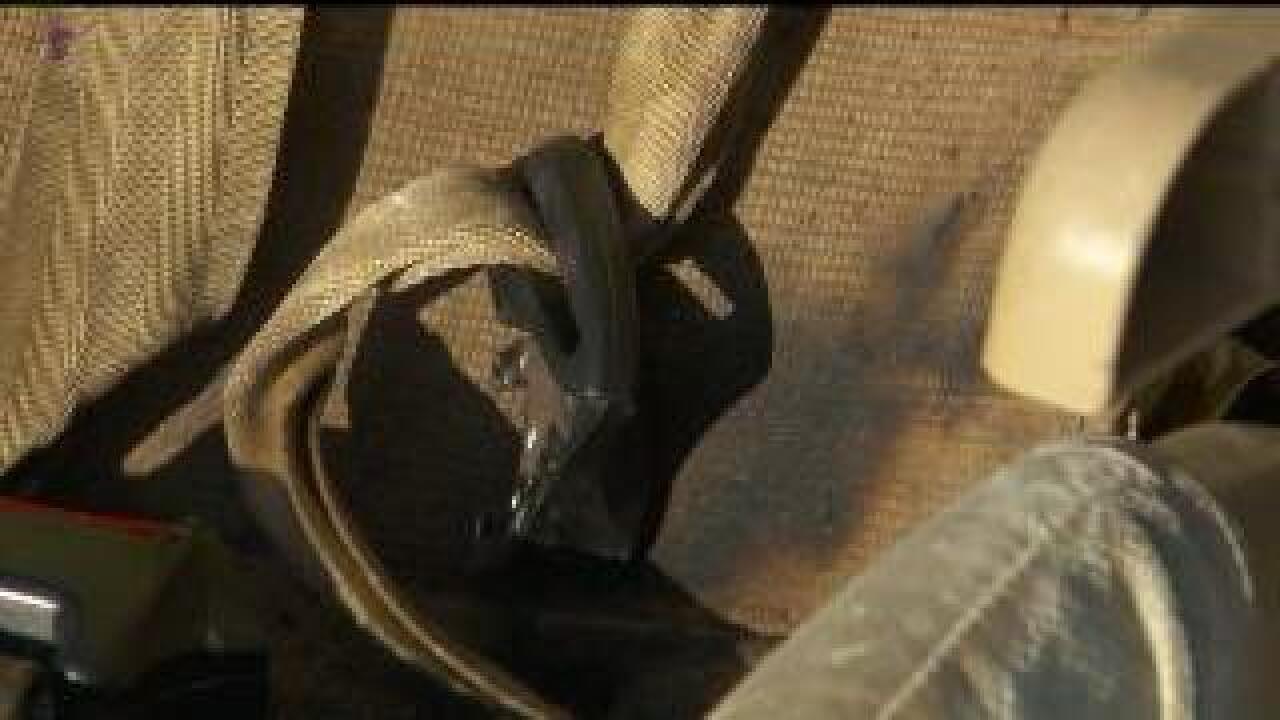 "Seeing your child on fire and hearing them scream ‘Help me!’ is pretty terrifying,” Kinzie Barlow said.

Barlow said she was driving in Provo with her son, Khonor, Friday when she noticed a strange smell.

“Then there was a big bang, and kind of a flash, and there's smoke everywhere,” Barlow said.

Barlow said her e-cigarette had exploded in its charger, shooting out a white-hot copper coil that bounced off the ceiling and landed in her son’s car seat. She says the coil had burned through the fabric cover and melted the hard plastic, sending flames shooting up the little boy’s body.

Barlow said she tried smothering the fire with her shirt sleeve, which also caught fire. So she grabbed an iced coffee from the front seat and poured it on Khonor, dousing the flames.

“I was shaking by the time it was all over and done with,” Barlow said.

“(The charging e-cigarette) was attended. It was a catastrophic failure of the device,” Schofield said. “And fortunately only minor burns, but painful burns.”

But it’s not the first time Schofield said he has investigated a fire caused by an exploding e-cigarette.

“This is the second time it's happened in Provo,” Schofield said. “This is the first time we've had an injury.”

Schofield said he will call the Consumer Product Safety Commission on Monday, noting that Barlow had been using the factory charger for the device and not an after-market charger made by another company.

Khonor was in good spirits Saturday. He talked about the burns on his elbow, lower back, "and on my butt," saying they hurt, but he was okay.

Barlow said she would have never bought the e-cigarette if she had known of the potential danger and will never buy one again.

“I won't ever get another one of those,” Barlow said, “and I have several friends who use them, and I told them I would throw them away.”

FOX 13 News attempted to contact White Rhino about the incident, but a phone message indicated the office was only open during the work week.