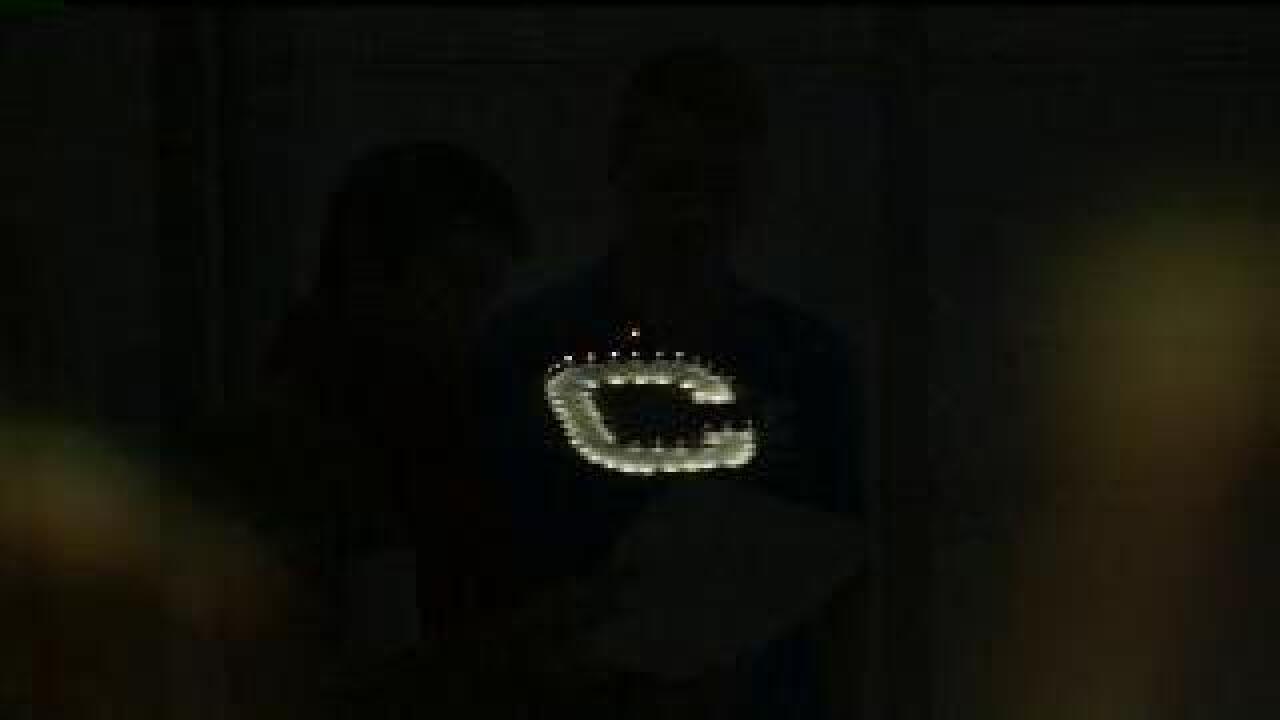 MAGNA, Utah -- It's been a project two years in the making, and now the community of Magna and students at Cyprus High School are proud to show off their new "C" on Kennecott Mountain.

Renovation of the hillside letter was part of the school's "C" the Difference campaign.

The "C" the Difference campaign was started two years ago by then Senior Class President McClain Chipman, who said it was a response to a somewhat negative post about the "C" on a Cyprus High School Alumni page.

"After that, I said to my class officers, 'We need to do something because this is looking bad on us, this looks bad for the community; the school deserves to have something that's such an icon be renewed,’” he said.

The old "C" was made with stones laid on the hillside and whitewashed. The problem came every year when weeds grew between the stones and the paint faded. Wanting a better and more professional looking hillside letter, students and community members began fundraising to help cover the $65,000 renovation cost.

"This community, they contributed $15,000 of their own monies, then Rio Tinto had a matching grant of $15,000 as well, then our contractors who are participants of this... they realized this project would cost quite a bit more so they had a chance to get together and they donated the rest of the materials and the labor,” Alo said.

The newly renovated "C" has a base layer that prevents the weeds from sprouting through, it’s a thick rubberized layer topped with glass beads to really make it shine. Lighting around the "C" has also been upgraded. After two years in the making, a lot of anticipation, and curiosity about how the new "C" looks at night, the lights were turned on during half time of Cyprus High School's homecoming game Friday night.

Principal Stephen Hess proudly proclaims, "We think it's better than the U's and the Y's."

This completed project has all of Magna proud of their hillside "C." To top it off, Chipman said it was a great learning experience for the students.

"By us getting our name out there, getting our word out there and talking to these businesses we learned how to be productive people in the business world,” he said. “We had to pitch what we wanted and what the outcome would be, and it was something you can't do by yourself—it takes a team, honestly it takes a team."

Hess said the "C" is something that people look for in the Magna community, and it means a great deal of pride for the people there.