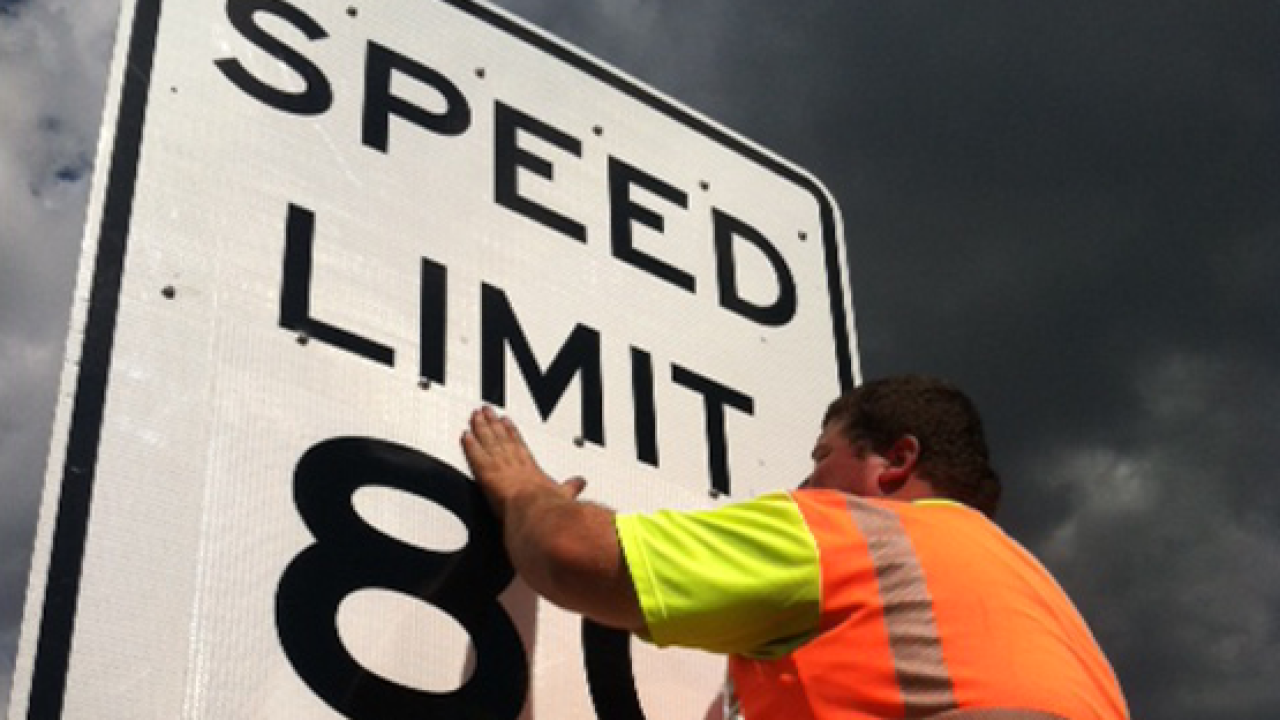 The Utah Department of Transportation announced Tuesday that crews have installed new 80 mph signs along rural sections of I-15, I-80 and I-84.

The speed limit increase is the result of House Bill 83, passed during the 2013 legislative session, which allowed the department to study and establish speed limits higher than 75 on the interstate, according to a press release from UDOT.

UDOT’s data from speed studies of existing 80 mph zones showed that vehicle crashes have slightly dropped over the past three years, attributed to more vehicles traveling at the same speeds and less variation in the speed of surrounding vehicles, the release said.