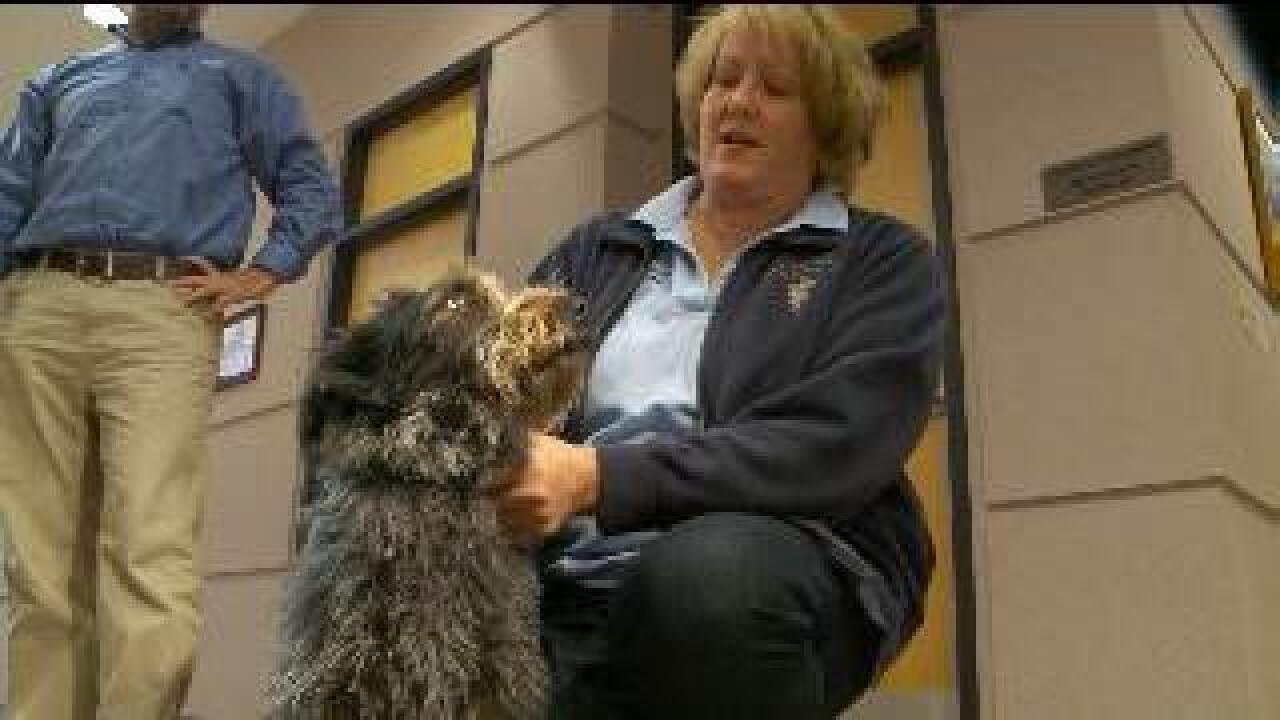 SALT LAKE CITY – Pets are an important part of many families, but when natural disasters occur the animals may be the last ones to get out.

Lisa Whiteley is with Alta Veterinary Hospital, which is working with local company Invisible Fence to make sure pets have the best chance to survive emergencies. She said the danger to animals is the same as for humans.

“They need oxygen just as much as we do, and they need it in those situations where they’ve inhaled a lot of smoke,” she said.

Until recently, most local fire departments used the same oxygen masks for dogs and humans, but Lenn Bell, who owns Invisible Fence, said that is no longer the case for some departments.

“The human masks are flat, and they don’t fit the dogs’ snouts, so we’ve come up with these masks that are custom-made for a dog,” Bell said.

Whiteley said she read about a national organization called Project Breathe, which brings pet resuscitation kits to fire stations. She wanted to make sure local agencies had such kits, and she teamed up with Invisible Fence to make it happen.

“Our whole goal as Invisible Fence dealers is to give the owners peace of mind to know their pet is safe, home and alive,” Bell said.

Whitely said so far they have provided 10 of the kits to different metro fire units. And firefighters, like Russ Groves of the Murray City Fire Department, said they may prove valuable.

“We’ve had quite a few pets saves in the time that I’ve been in the fire department,” he said. “To have these kits, and to be able to have these on our engines to provide this service for the citizens of Murray and the metro area, fire departments having them on their engines, you know it's a big deal.”

Those involved in the project said their goal is to raise enough money and awareness to ensure that every fire department in Utah has at least one pet resuscitation kit. If you would like to donate, click here.