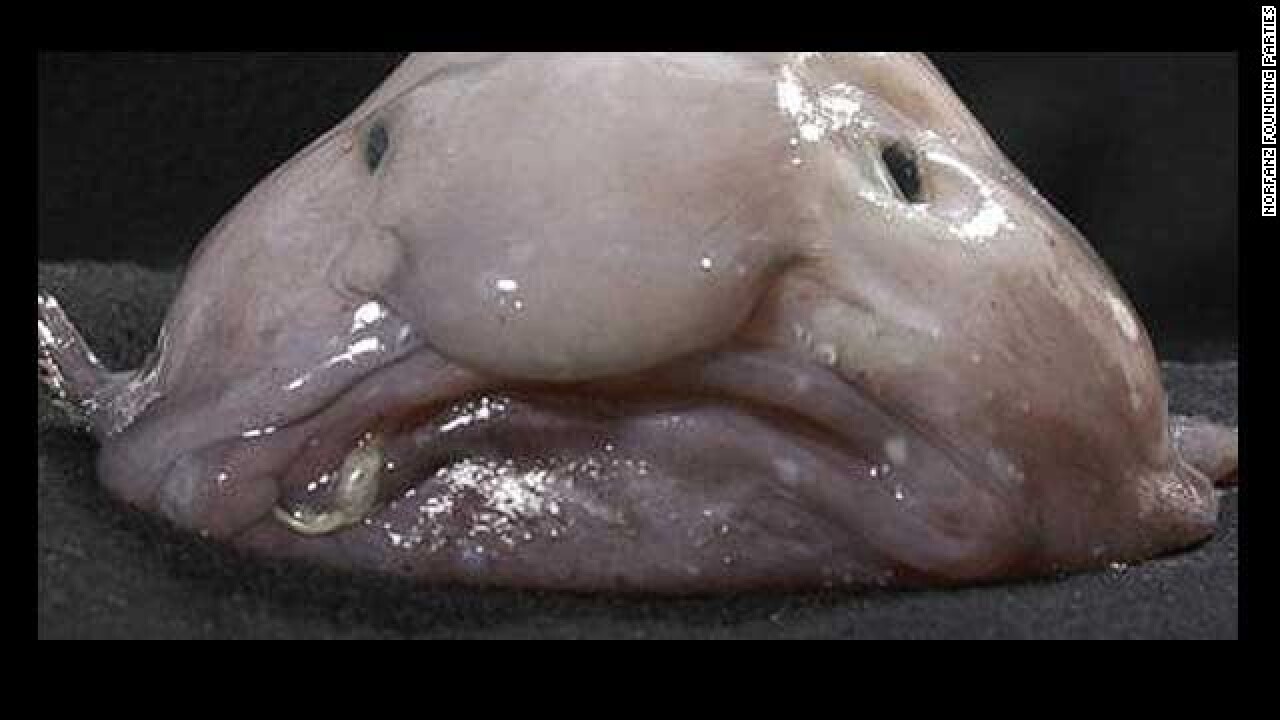 (CNN) — With the grandiloquence befitting such an occasion, Simon Watt, the British biologist, television personality and “president for life” of the Ugly Animal Preservation Society, made the long-anticipated announcement Thursday night.

“The votes have been counted and verified,” said Watt. “The mascot for the Ugly Animal Preservation Society is … the blobfish!”

Watt presented a certificate authenticating the choice of blobfish as the organization’s mascot to Paul Foot, the UK comedian who had championed the gelatinous fish as the society’s new mascot.

According to the U.S. National Oceanic and Atmospheric Administration (NOAA), blobfish “look like a big, blobby tadpole, just a mass of pale, jelly-like flesh with puffy, loose skin, a big nose and beady, staring eyes.”

They’re not very big either, growing only to about 12 inches in length.

NOAA says nobody has ever seen them eat, but the British Science Association says they feast on crabs and lobsters.

Blobfish are found mainly off the coast of southeastern Australia and Tasmania. Like many of the world’s ugliest fish, they prefer to lay low, usually at depths of 2,000 to 4,000 feet (600 to 1,200 meters), bobbing around above the bottom of the ocean.

Which is a shame, really.

This cross between the cartoon character Ziggy and an anemic lump of jelly deserves to be seen by the masses.

The Ugly Animal Preservation Society is dedicated “to raising the profile of some of Mother Nature’s more aesthetically challenged children.”

Led by Watt, the group of like-minded comedians spent the summer fishing around for public nominations as part of its pursuit to name the world’s ugliest animal.

With the help of the British National Science and Engineering Competition, Watt put together a YouTube page on which ugly animal fans could watch 11 comedians plead their cases for 11 ugly but endangered animals.

In the end, the blobfish and its champion, Paul Foot, came out on top.

Other contenders included the proboscis monkey, a primate with an obscene schnoz; the delicious but aesthetically displeasing monkfish; and the unfortunate pig-nosed turtle.

See the video with Watt and Foot on the Ugly Animal Preservation Society website.