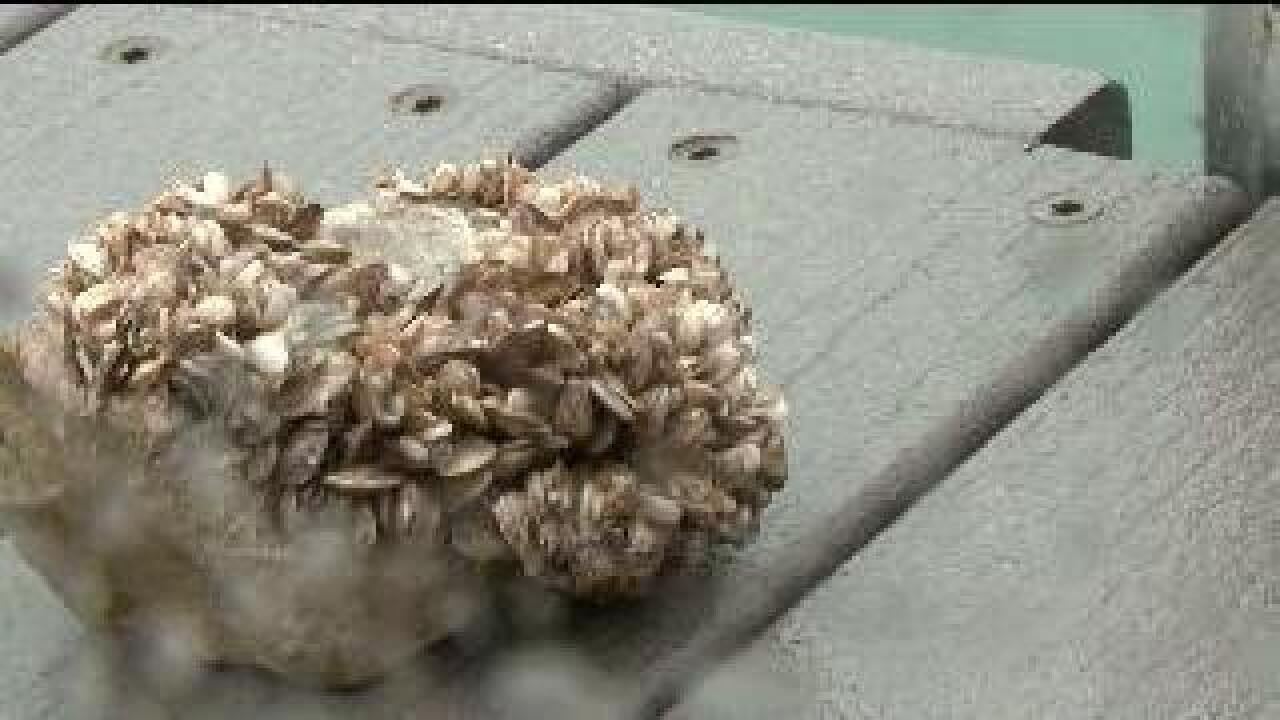 WASHINGTON COUNTY - Boating season may be unofficially over, but the fight to keep invasive species out of Utah waters rages on.

Quagga mussels have infested a handful of Utah lakes and reservoirs, including Sand Hollow Reservoir. That’s where Washington County Water Conservancy District biologists are constantly monitoring to make sure populations don’t get out of control.

“Quagga mussels don’t occur in the United States,” says Corey Cram, water district associate general manager. “It was brought over from the Ukraine. Originally they came over in the ballast water of the big trans-oceanic shipping boats.”

Sand Hollow Reservoir has only had two mussels in the last three years. But all it takes is two, they multiply by the millions.

“We don’t want to see these get established,” says Cram. “If they do, it would literally cost us hundreds of thousands of dollars each year, just to keep our pipelines clean, to try and keep up with that.”

That’s because the mussels attach to rocks, boats, and even water pipes, building layer on layer.

Most boaters are familiar with the decontamination stations, which ask boaters to clean off their vessels before launching at another lake. But the district also employs other monitoring tactics, pulling plankton samples every few months to look for the mussel babies, and diving every six months to visually inspect the docks for adult mussels.

“We also monitor for temperature,” says WCWCD biologist Michelle Deras. “What that does is let us predict potential spawning events or periods, so we know to start looking.”

Deras says mussels will not reproduce during cooler temperatures, but that doesn’t mean they let up in the fall and winter months. Cram says the fight against the Quagga mussel is one they take seriously, year round.

“Its just very scary, considering how adaptable they are,” says Cram. “We really ask the public to be vigilant to be considerate. And to work together so that we can all enjoy our water resources.”

More information on Quagga mussels can be found on the Utah Division of Wildlife Resource’s website, here: http://wildlife.utah.gov/dwr/affected-waters.html