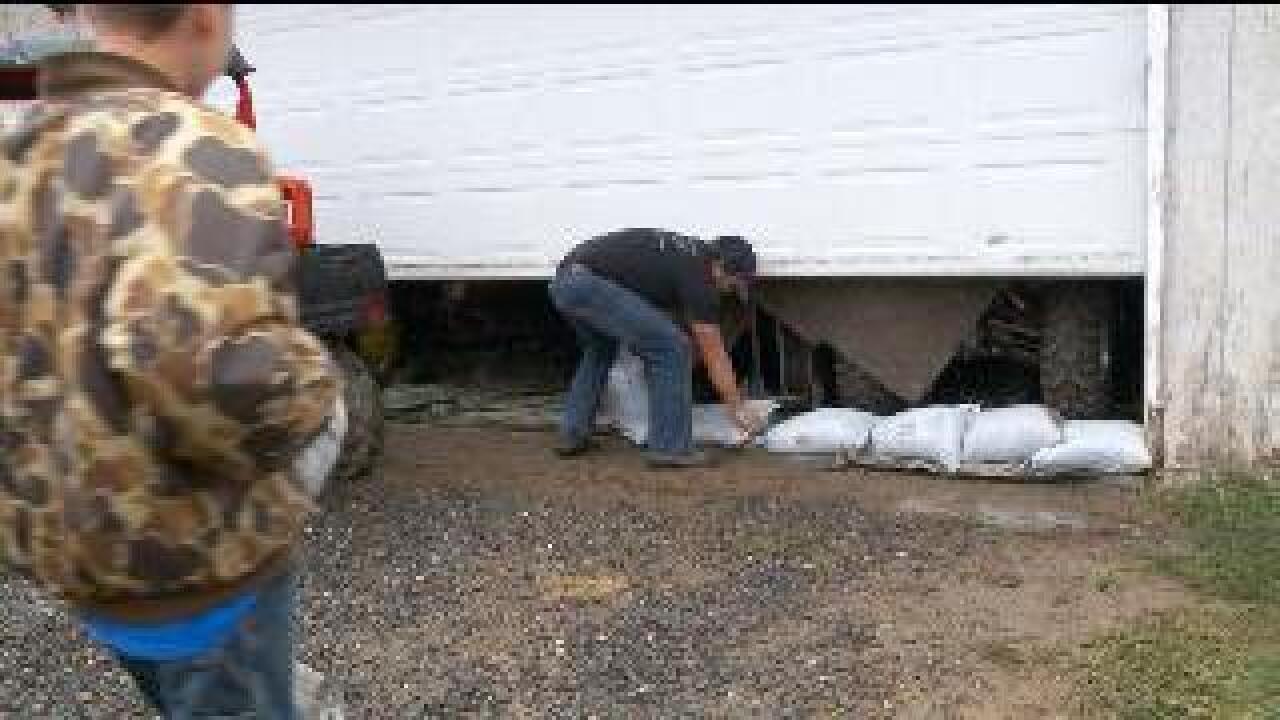 SANTAQUIN, Utah -- The Santaquin city manager said at least 30 homes have reported major flooding of a foot or more, and another 20 to 30 have reported a foot or less of basement flooding.

The flooding wasn't just rainwater; residents were digging their belongings out of raw sewage Sunday morning.

“Two feet of feces in their basement—it blew out their windows,” she said.

Santaquin residents said it started raining Saturday just before 4 p.m., and not long after at least 50 homes began to fill up with rainwater and raw sewage.

Santaquin City Manager Benjamin Reeves said the storm proved too much to handle.

“Our storm drainage system got overwhelmed, and it ended up filling up our sewer system and that backed up into a small portion of our north end of town,” he said.

Reeves said the city is waiting to hear back from the insurance company who will decide if Santaquin is at fault, but officials said all systems were in working order.

“Obviously a storm coming through, it wasn't a fault of the sewer system itself; the sewer system was never plugged up,” Reeves said. “We are responsible as a city. We want to make sure we take care of our citizens.”

Santaquin resident Tyler Eliason said, "it’s just stuff" when he looked at the damage done to his home, but he said he’s grateful he and his family are safe and that he lives in the community he does.

“We’re overwhelmed by the amount of help that came out,” he said. “I think at one point we had about 25 people here, friends and neighbors, people we know, don't know—it was really cool to see the community come together,” he said.

FOX 13 News has been told local disaster cleanup companies are overwhelmed, and they are prioritizing hospitals and schools before they can help the individual residents.