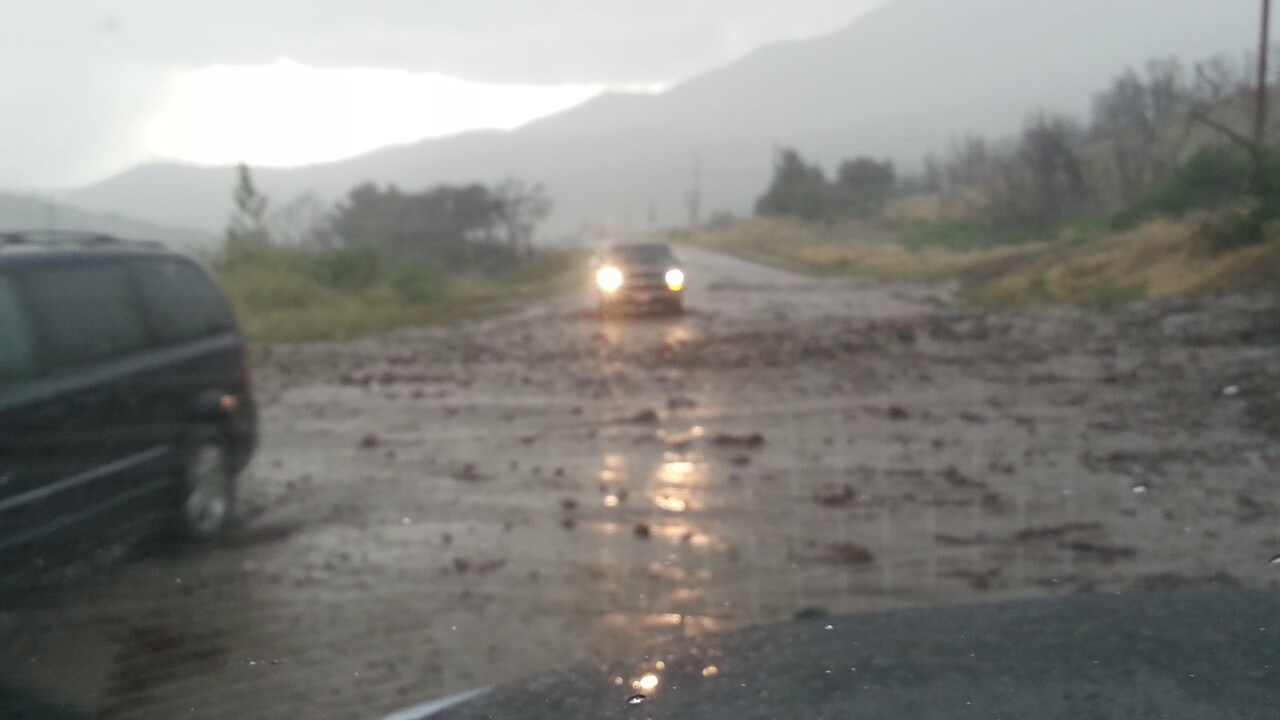 John Gleason with the Utah Department of Transportation said crews are prepared to stay for as long as it takes to get roads cleaned up.

American Fork Canyon was hit with about 15 mudslides after a downpour of rain started at approximately 4:30 p.m. The rain caused flooding in Alpine City forcing residents to evacuate the area for a few hours.

One of the mudslides in the canyon was 50 to 60 feet wide. Gleason said 150 people were stranded at the Timpanogos Visitor Center for several hours due to the rain.

Those individuals were escorted down the canyon at approximately 10:30 p.m. Gleason said some people did to stay because they had their outdoor gear.

Several other communities were also impacted by the rain. Red Cross volunteers have responded to assist Orem residents affected by flooding in the Summit Ridge Apartment. Volunteers were also sent to Santaquin.

The burn scars in Utah County and counties throughout southern Utah are under a flash flood watch from ’til midnight.

Normal rainfall for September is 1.21 inches.

“That’s a fair amount of precipitation within a 24-hour period,” Kruse said of yesterday’s rainfall.